9/27/2005
Five posts later, it's almost back to normal
With reference to Caresse's comment yesterday (which I almost forced her to do): Well, you're right. However, I don't think I can simply find that answer by myself. Well, that's presumably natural. (Suddenly I don't understand why I wrote that last post in the first place. Maybe it was almost another depression pang. But anyway...)

As usual, after such a depressing post, I felt better, and even weirder, things began to get better. (Temporarily, at least.) That, despite the very fact that I wasn't joining anybody today. I wasn't with my usual group (since I don't eat lunch on Tuesdays at 10.00), and I was wandering around for almost the whole day. I suddenly got used to being alone again (and yet I feel distant, which is a complete irony). Besides all that however, I somehow got the guts to do things I barely did before - greet a few people and not think I got snubbed. Suddenly, I was comfortable again. Weird, eh?

Aside from that, there's nothing much, really, except for the mere fact that I was included in two photos, got my sounds appreciated further, and that Kizia is borrowing two of my CDs, which simply rams the earlier point. (Another point of appreciation? Absolutely.)

Oh, and I finally got those photos from Saturday's CWTS session uploaded. Although I've been asked not to upload that photo of Nico (but it wasn't him who asked that - never mind that), I'll still upload a few others. Simply check out Fifth Year Holler for those snaps. 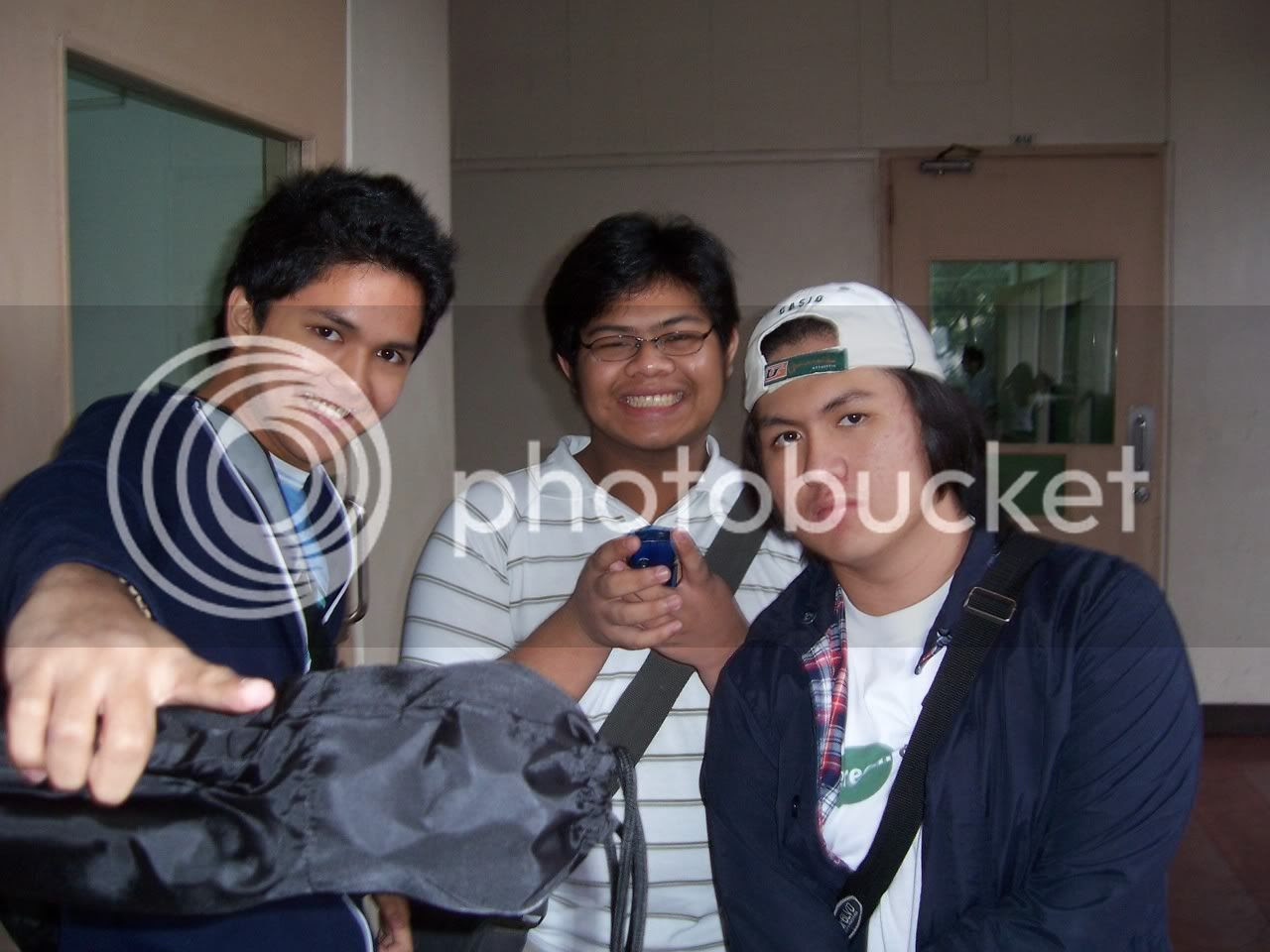 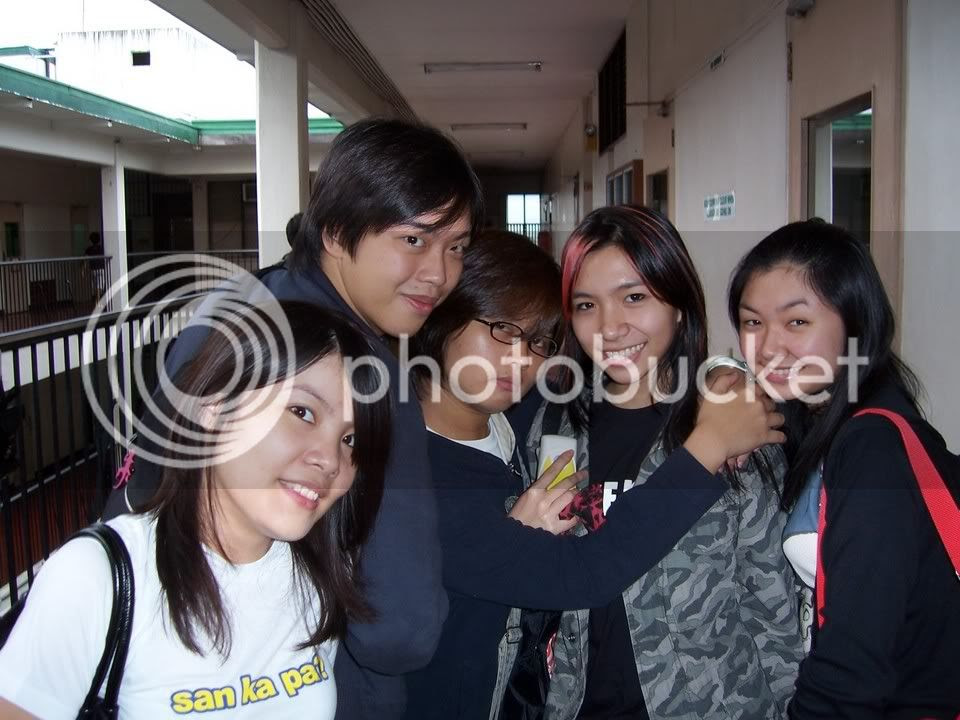 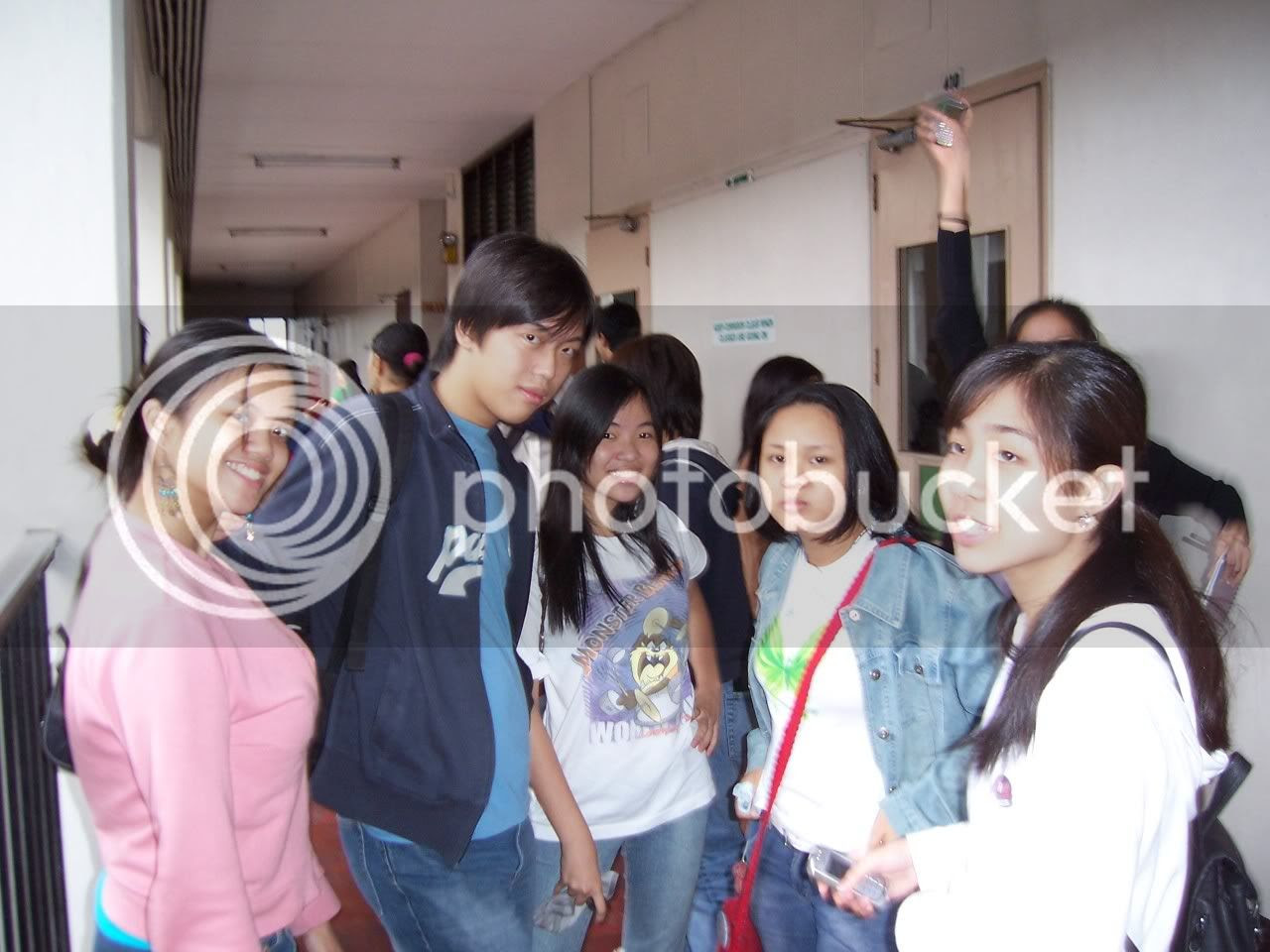 Every other photo (err, three more) is going to become something else's exclusives. (Did I get that right?) For now, then, since my business here is done, I'll go home to a juiceless MP3 player and a lot more things to get rid of, like looking to the left and seeing a nice photo opportunity.

Get me? Wish you didn't.
And your responses...