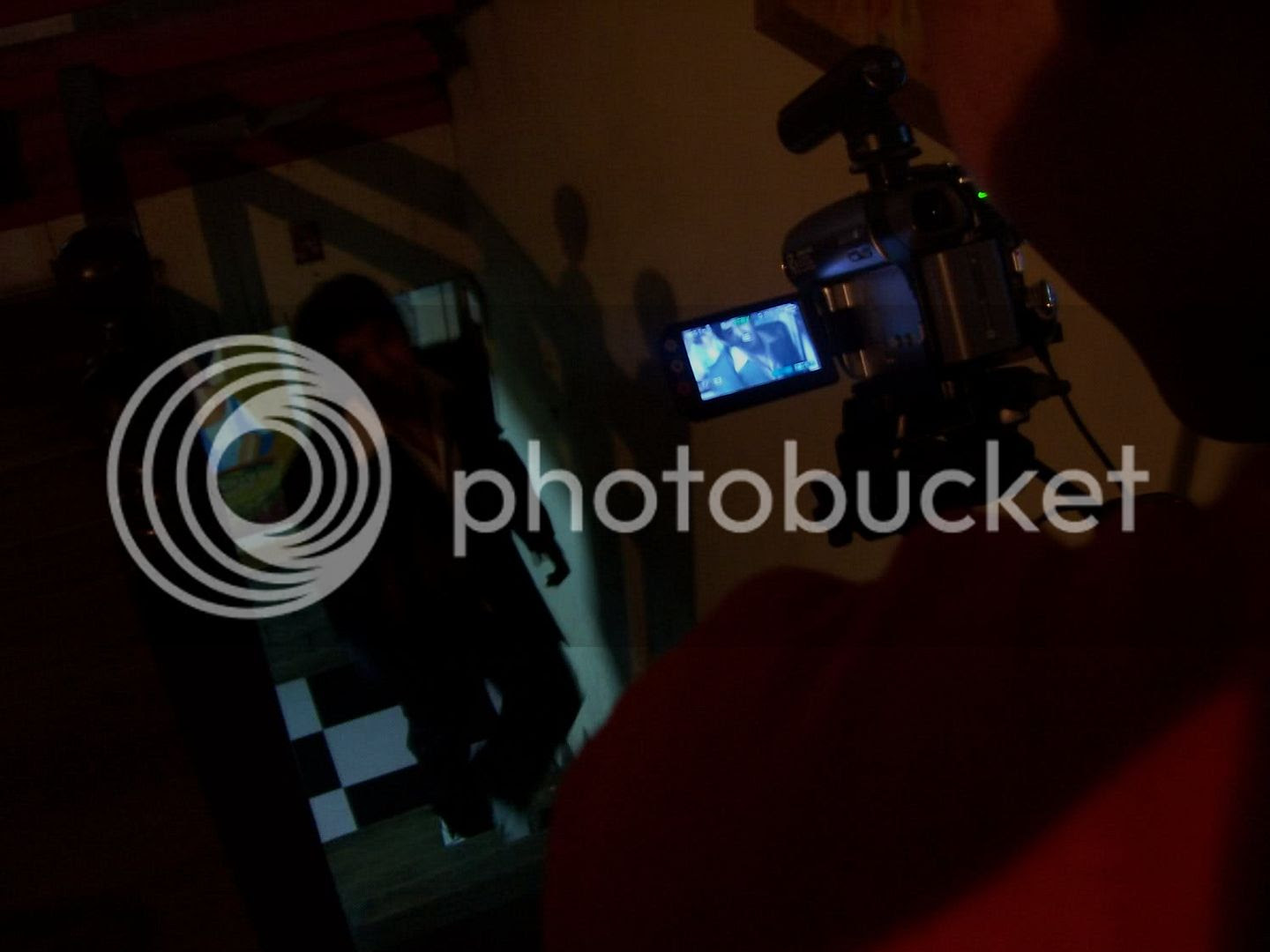 Yesterday was excruciatingly tiring. I slept all day today, but I had to stay up all day. Ahh, conflicts.

Yesterday, as you may well know, was our shoot for History 1's little music video project. With that Backstreet Boys song largely responsible for giving the Bonobo Society a song stuck on their heads for days, we set off to a fourteen-hour (literally) adventure slash obligation. Starting at around eight in the morning with an assembly that took two hours long, plus some twister fries at McDonald's and weird photos with almost everybody (Huey didn't go due to some other project), plus meet-ups with Jana and Clarence who also had their shoot (and returned to Intramuros) on that day, it was everything too many a first for me. Nothing against it - only too overwhelming. I got to the Shangri-la Plaza by taxi, and I got to Quezon City alone that day (since Icka lives there). In between dysfunctional headphone sockets and funny scenes (seriously), it was a hell lot of fun.

Upon reaching Icka's house, after Jino sang Linkin Park songs and Jason posed for a photo too many, we were taken to a guided tour of their literally eclectic home. Her grandma happens to be environmentalist Odette Alcantara (and, if you've seen the launch issue of Marie Claire Philippines, she's there), and after stories on rainforests in compost, house renovations and the search for the exact spot where Icka "was made", we began talking about the storyboards and chowed down on spaghetti. (The scent of pesto was lingering, but that wasn't served. Just a thought.) Enter Brianna, Icka's equivalent to Miss Hernandez's nephew Chinggoy. Actually the child of her cousin, conceived at age seventeen, she's literally stayed at the Alcantara household, and the moment she came out she already wanted to meet us. (Think of a not-so-grand entrance.) As usual, some of us went she's cute!, and almost immediately made friends with Dhi. 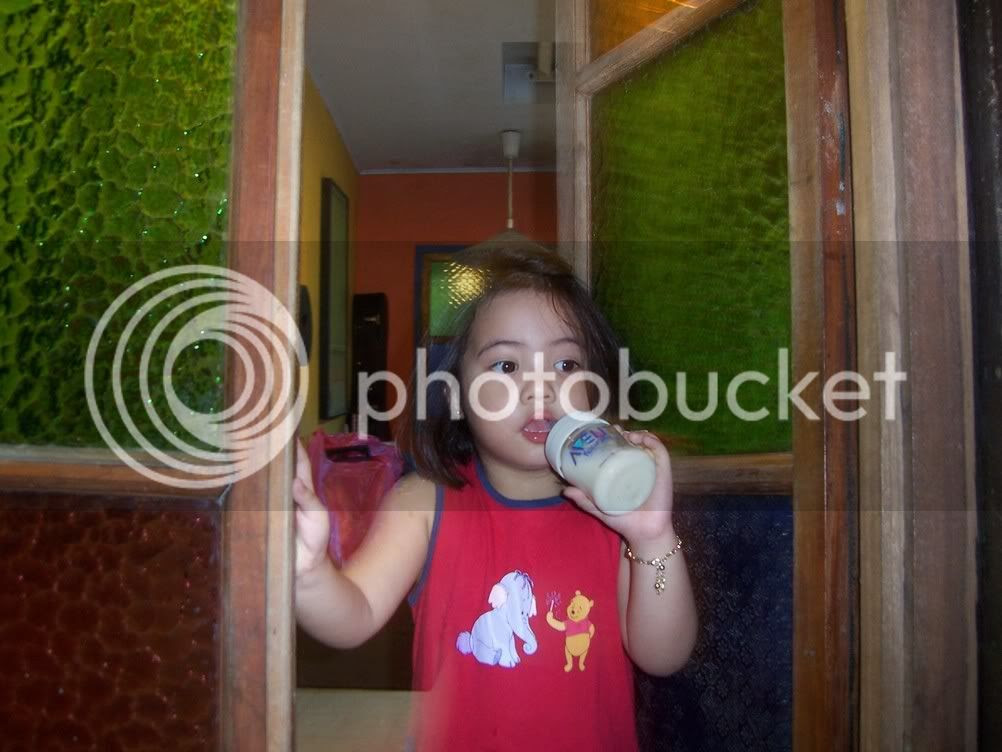 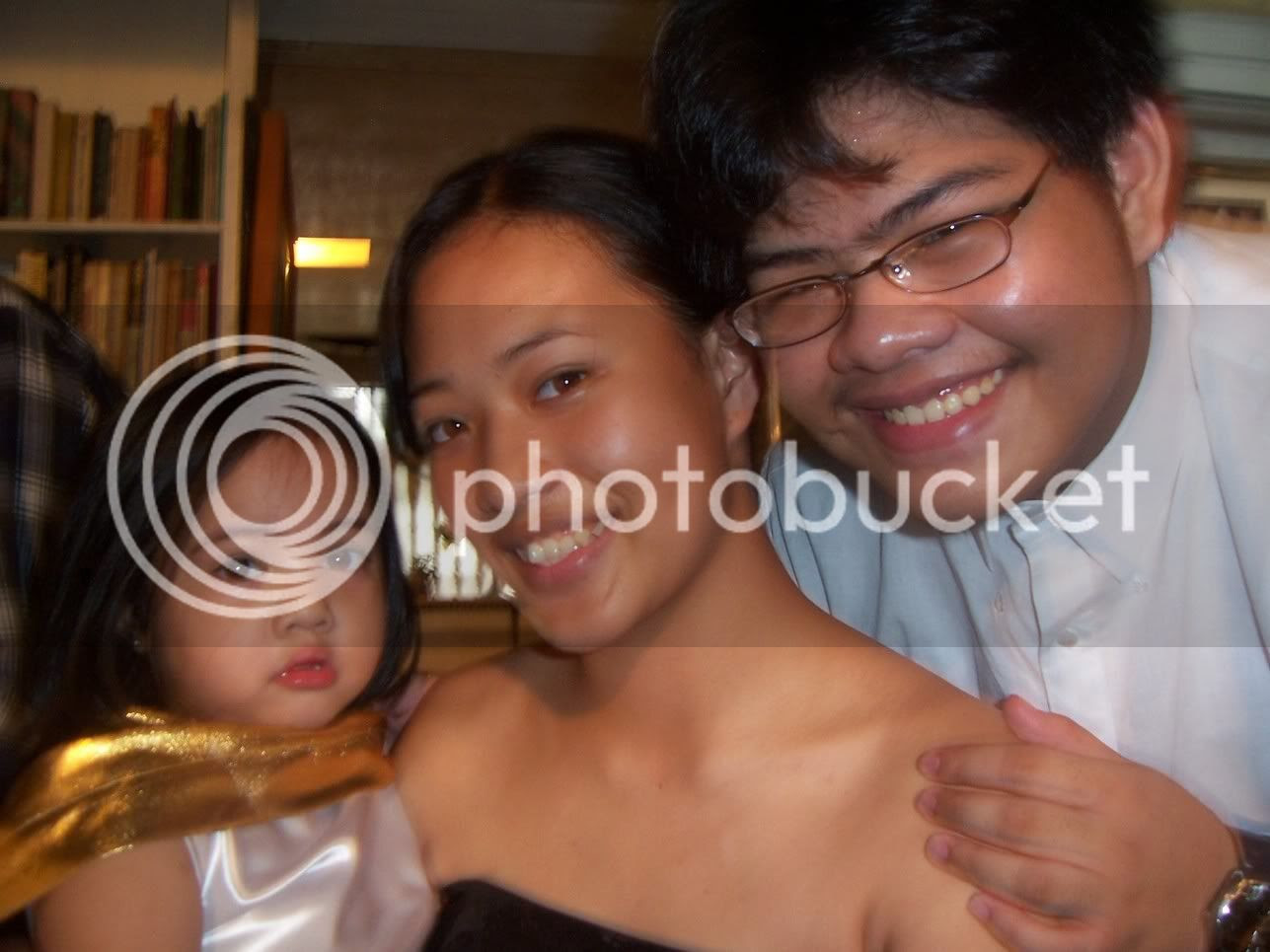 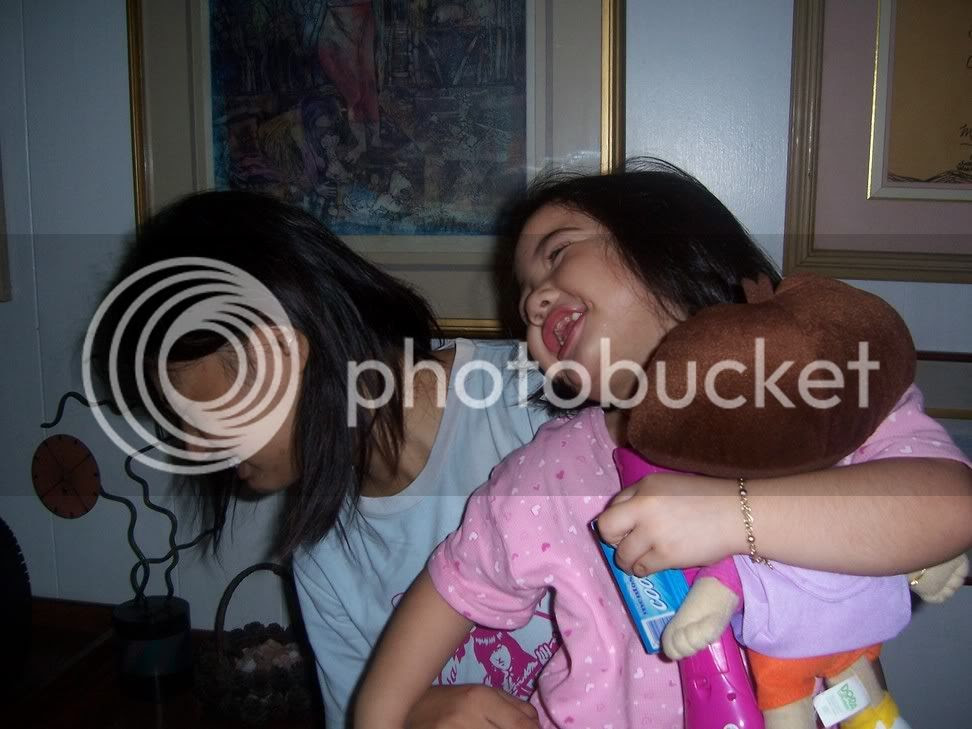 Then we began shooting, with Jason being his usual theatrical self, and Sudoy shining out quite literally. I ended up acting as Juanito Pelaez, that extremely hyperactive guy who marries Icka (I don't know what her name is supposed to be, sorry), and makes her cry due to his pimples (supposedly). Well, that's not how the real story went, but things were still funny. Brianna almost made it to the video - she even came in prepared with a gown - but somehow never got in. I couldn't actually just divulge every detail (just watch out for the, err, world premiere), but I've got to say it is funny, at least to my standards.

We ended at around six in the evening, and for the first time, I rode the MRT and LRT by myself (well, almost, with Jino, Kevin, Dhi and Loui) to get back to La Salle and ride a bus home. We were literally tired, and after endless struggles with the camera, the costumes, and the cooperation of Mother Nature herself (it did work), we finally get to have some rest. Or is it? I got back to Taft Avenue at 20.00 and arrived home at 21.30. Think of us this tired. 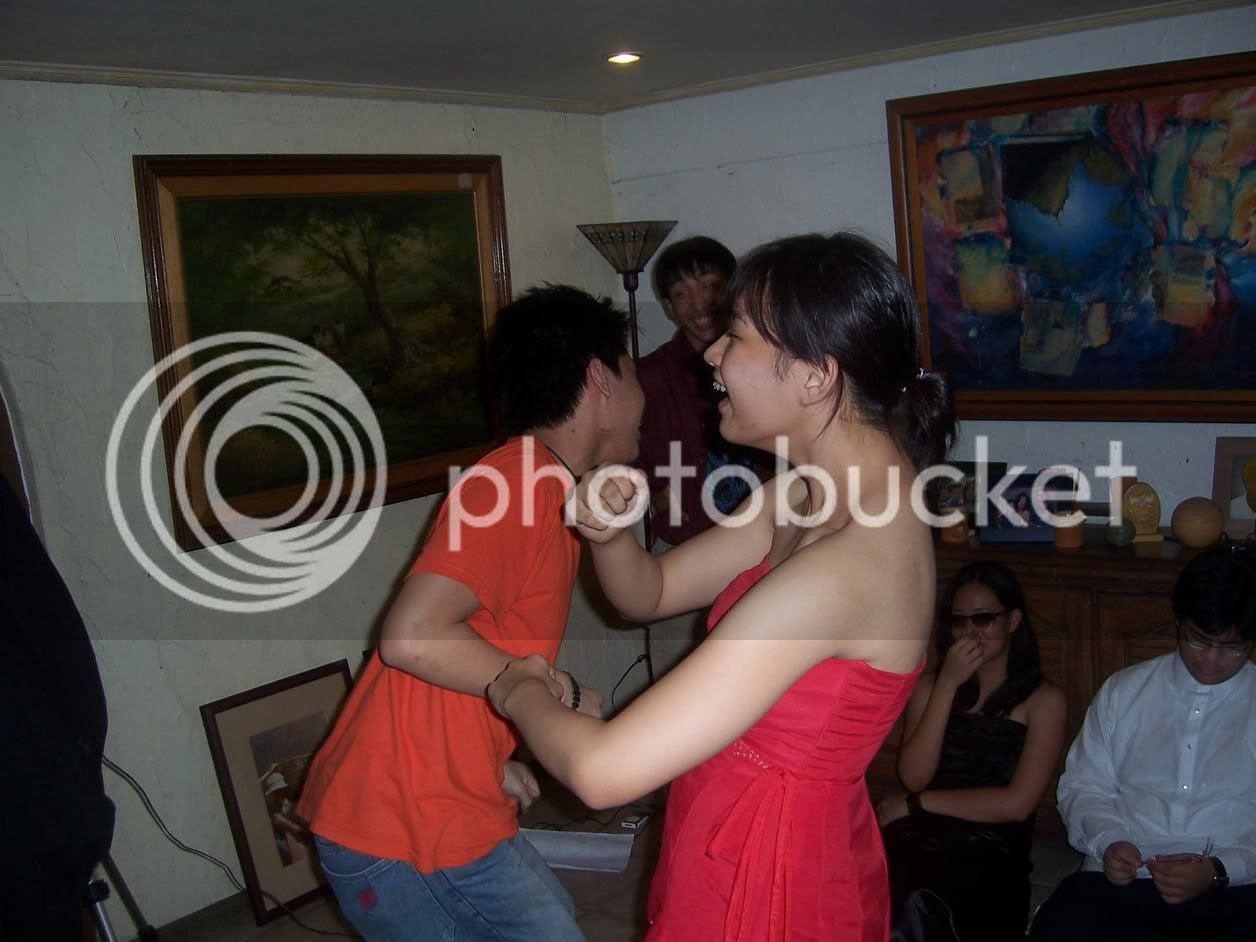 I obviously haven't got much more to say. Either I've forgotten details, or I got so panicky to remember them all. Details of the panic attack coming in a few days, with a lot of deadlines and dealine extensions literally surrounding us. But first, another posing photo: 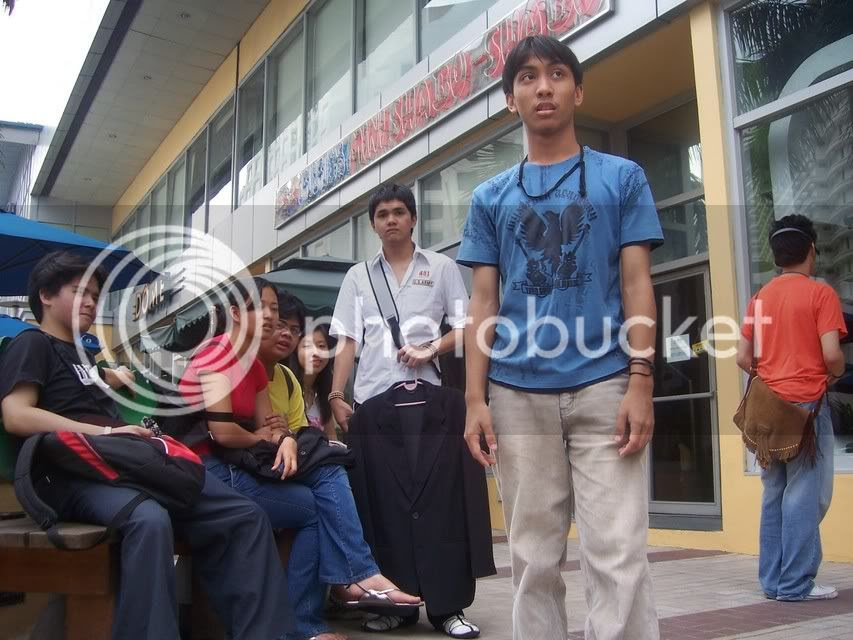 In the end, I've got to say that all photos are available at Fifth Year Holler.

Our thanks to the Alcantara household, especially to her mom and grandma, for letting up with the business despite the visitors (which included the girl who played Maria Clara in a recent Noli Me Tangere theater production, and one guy who did voiceovers for 70s cartoons) and the overchowing down of chicken and ten bottles of Coke Light.

Happy birthday to Ira. Obviously I haven't forgotten you yet...

And, as a postscript, we've got to study.
And your responses...