1/09/2006
Turning seventeen: the birthday war room
I'd like to announce first that the photos from Saturday are up on Fifth Year Holler. Oh, and I'm happy to find out that Jill has taken one of her photos on my albums up on Friendster. Yihee. 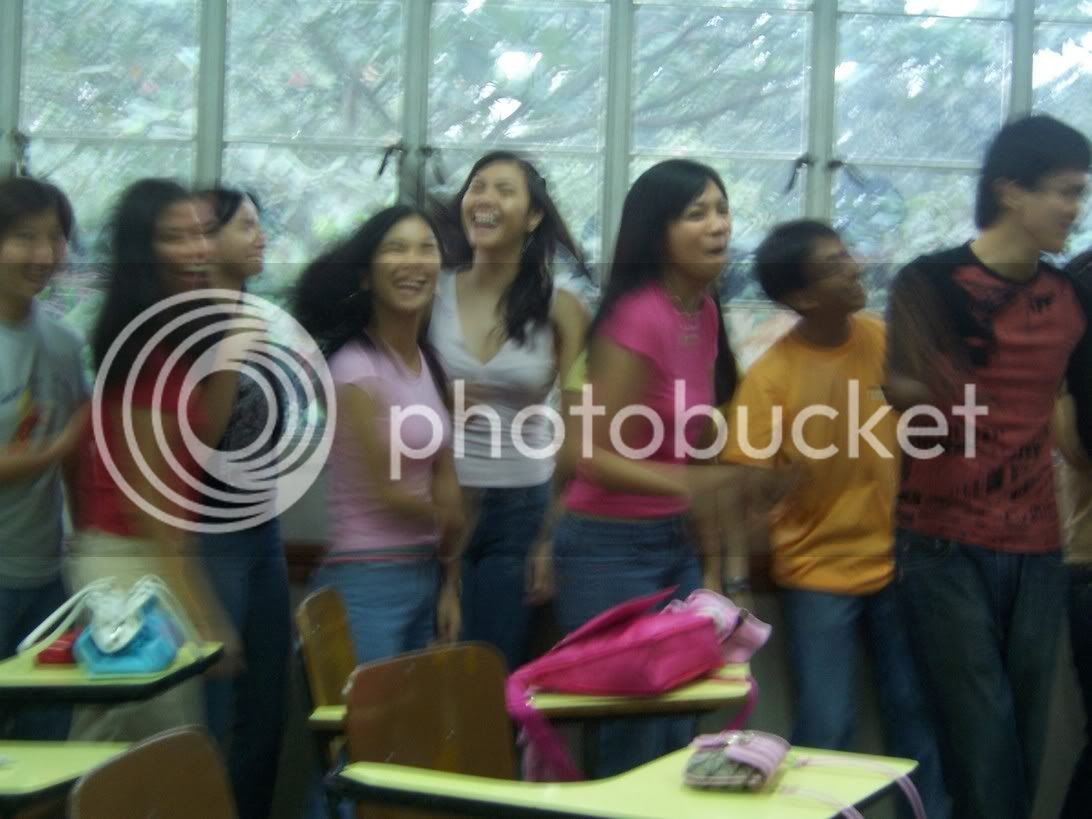 This post, however, is about two turtles at the lagoon near the amphitheater who, for some extraordinary reason, deicded to do something weird on my birthday.

Wait. It's my birthday.

Would I go in tears? Not quite.

Since Jino texted me earlier this morning, in the middle of contemplating about the distinction of humans and robots, about borrowing my Sociology book (and telling me about my birthday), I felt something weird was up. Or maybe he was tricking me again, but I went down to the Yuchengco lobby anyway. And, after greetings from, among others, Les, Jackie, Nico, MC (through Nico, weirdly) and Sudoy, Jino and Huey showed up. With a cake.

The argument, apparently, was that I might think they've forgotten about my birthday. And, as Jino said, despite the fact that they were teasing me and all that.

Then I was whisked off by Ale (since the two guys had classes) to Agno, where Cuyeg, Lau, Jill, Sara and Cor were waiting; also there were Malia and Kim, waiting at the stairs by the sports complex. It was the usual things they did. They pay for the cake. They surprise the guy. I was shocked I actually deserved the treat.

After having my first lunch bought at the stalls near the Gokongwei building (seriously), we were off to the amphitheater, where we, in the space of two hours, met up with Les, Jason, Kevin, Sudoy, Jaja, Huey and Steph. The cake was just lying there, almost gobbled up, waiting for Jino to take his slice (but Huey never got to, sadly). Simply said, it was a really happy day, just when I didn't expect much from a deblocked block trying to adjust to the new term.

I almost even (right) kissed Clarence and Ariane because I was too happy, or too hyperactive.

To everyone who greeted, even belatedly - Kevin, Toni, Loui, Kaymee, Dhi, Joy, Jenn, the BonoSoc, Kizia, Clarence and Ariane - you don't know how much you made my day. Even if I don't really deserve it.

I regret not bringing a camera. Definitely.
And your responses...