1/23/2006
Under this national raincloud
I lost my bag last Saturday, right after uploading my last blog entry. Which means, I lost our section's first aid kit, all of my notes, the handouts I was still supposed to give Jason and Ale, all of the coins Marcia was surprised to see that afternoon, my perfume, my Singapore shirt, my Saliksik "love notes", my spare pair of glasses, my EAF, my pink slip, the candies Kizia gave me that I didn't want to eat for some reason...

...in short, almost everything. Well, except for my wallet, my phone and my USB drive. Stupid burglar didn't do it right.

Nothing much happened today, really. Literature 1 class didn't push through since Miss Wright didn't show up. Philosophy 2 class was funny since Sir Marollano didn't want to have anything to do with "political talk" when he asked some of my classmates about the things that make them happy. Sociology class, and me and Abigail were exchanging stuff again, including a common answer when asked about value-carriers in our society. And, as usual, Jino borrowed my Sociology book. And I saw Ale in the library. And Sudoy and Kevin too many times.

Yep, it is Manny Pacquiao, the answer me and Abigail gave, the first guy to give Erik Morales a run for his money and Tijuana sweat. He was apparently the first to send him a ripe TKO. (That entry didn't sound so good. Anyway...)

The real point of this post, however, is that Jaja has finally sent the pictures from Wednesday - well not exactly, but instead, she gave us this album from her spanking-new Multiply site. And, as expected, I'll upload some of them for your viewing convenience (especially for those who couldn't access Multiply for some reason). As usual, the captions appear in the alternative texts, and if you're clueless about HTML, it's the text that shows up whenever you put the mouse pointer over the photo. Well, I think I didn't really need to explain that. 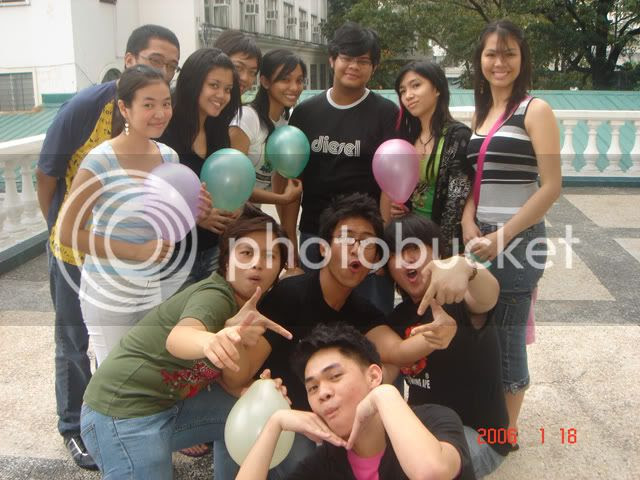 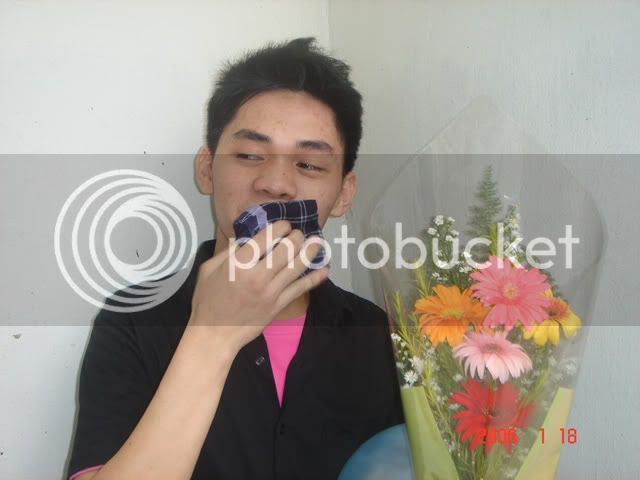 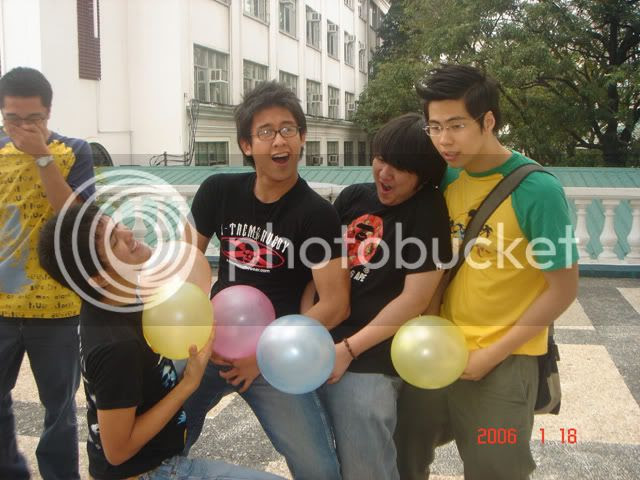 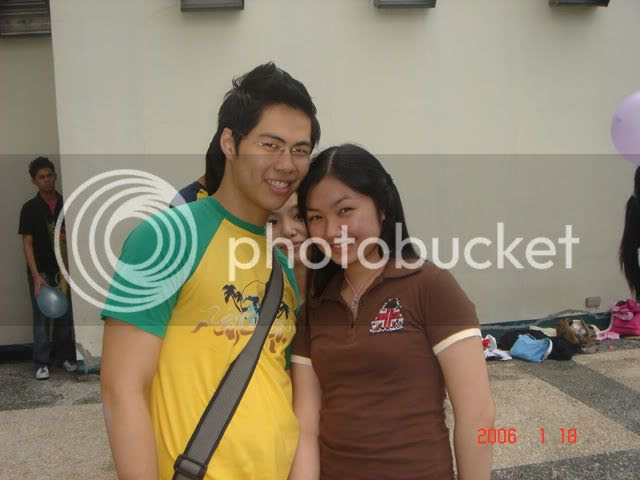 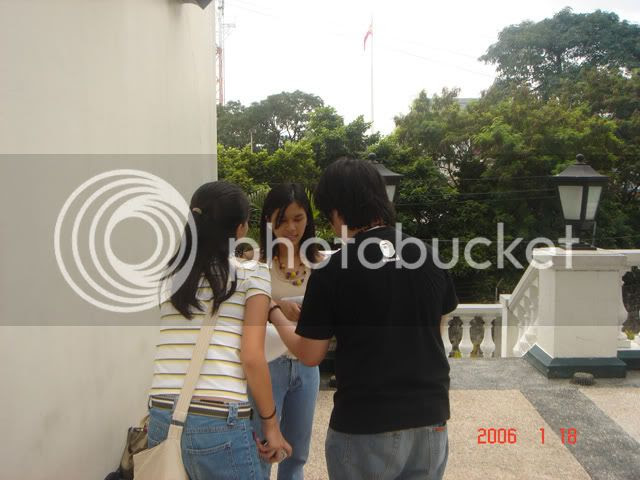 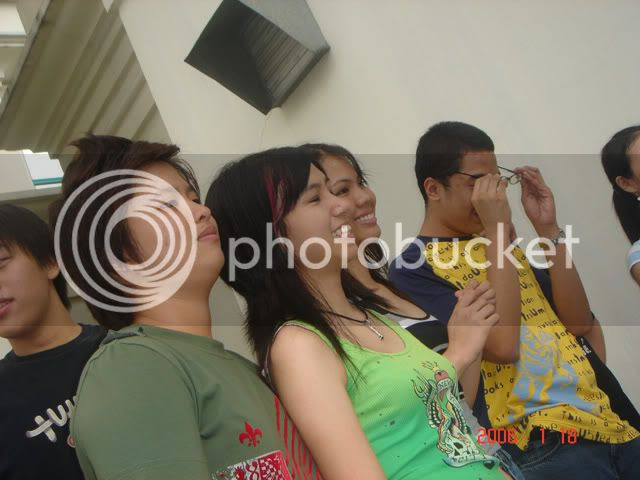 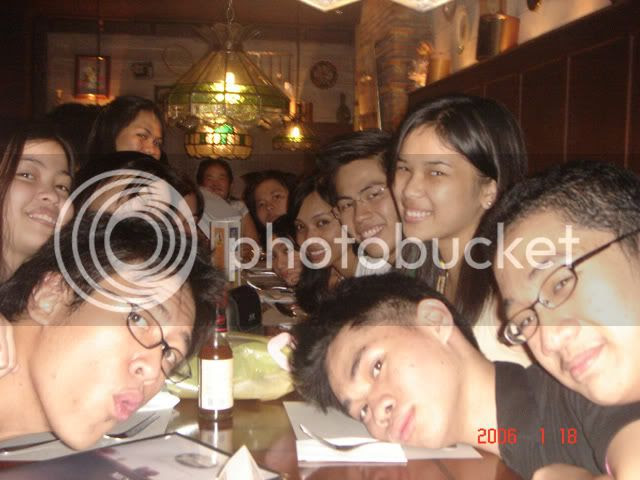 As usual, shucks. So what splash photo do you want me to use, then?

I'd love to end this thing with a photo of the new couple I took myself (since somehow I have to, since I was assigned to do photos initially): 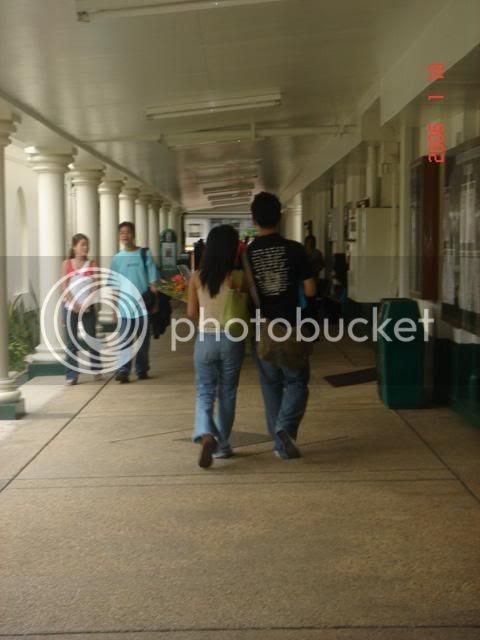 That dramatic post I was thinking of yesterday? Probably tomorrow. I've gotta listen to the breakfast revolution first.

Shameless plug: Ariane's moved blogs to http://yanyanpage.blogspot.com. I somehow figured out that her tBlog has been hacked in someway. Would you think she would post entries about video games and more video games? (Check my Kinja digest out for proof.)

Aside from that, nothing else.
And your responses...