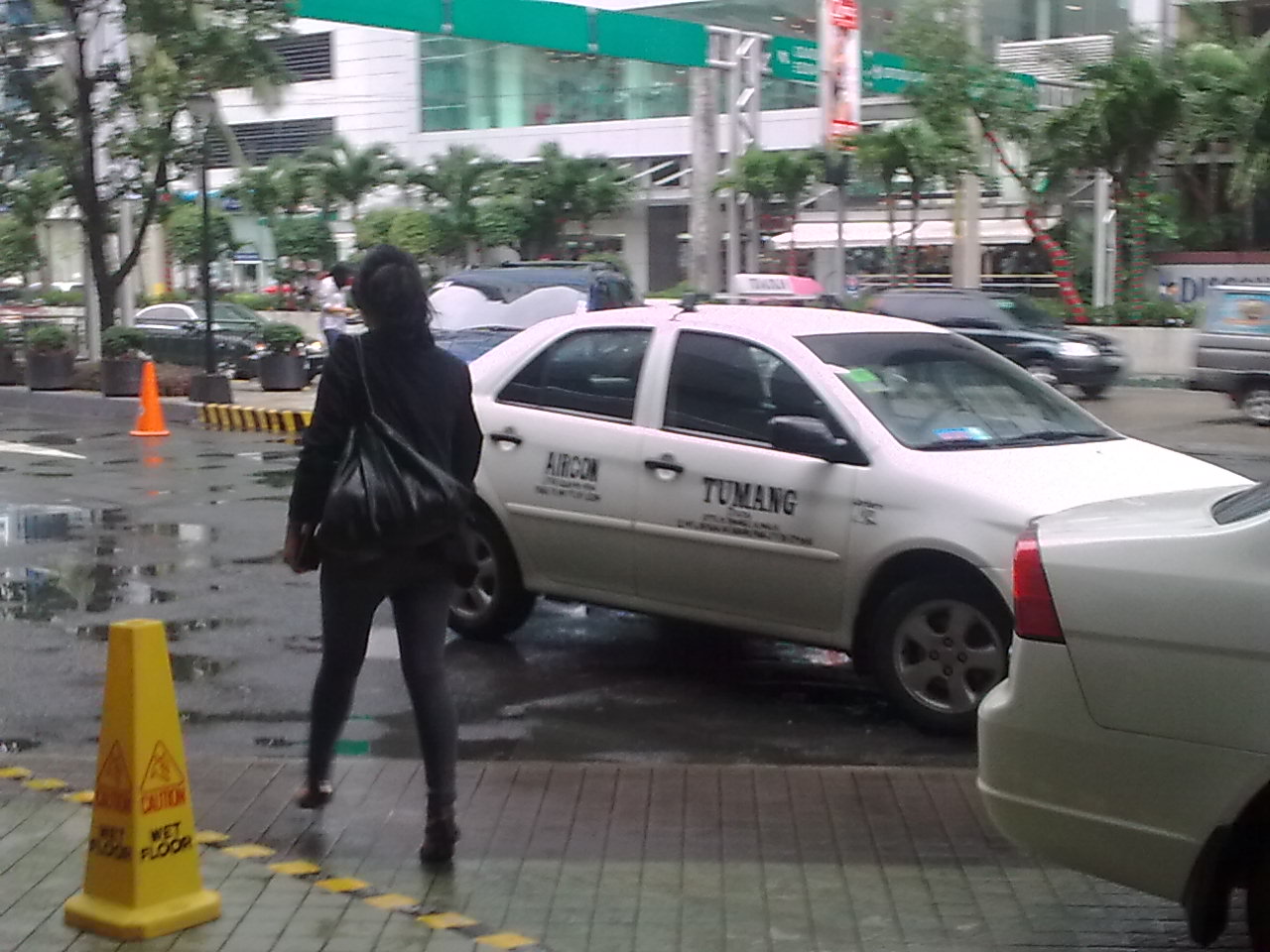 I realized one thing this Tuesday. I have become really awkward in social occasions.

Then again, it's not purely because I haven't really been talking to anyone in person for most of the past seventy-four weeks. One, I was talking to Ning, and while we're good friends from college, we never really talked that much. There was, of course, Twitter, and her telling me stuff about my angry writing and everything else in between. The frequency may make it seem like we've been through a lot, but finally meeting her in a restaurant at the Podium, you can see the cracks.

Two, it's the Podium. It's an upscale mall. I don't have problems with upscale malls, since I spend almost every work day at the Shang, but there's this weird feeling that gets to me when I get on the Podium, and that long escalator from the ground floor. I've been there at least thrice before, and all those times it felt like I don't belong, especially when you consider that I wasn't really planning to spend two hundred bucks on lunch alone, much more walking half of Ortigas to get there. But that's a superficial reason, really.

Ning was around for a job interview. Her second one for the day, apparently, the sort when your prospective employer asks you to return the same day, perhaps to keep your hopes up or dampen it. She was supposed to meet up with another friend, but apparently that friend's mother was sick, and couldn't come because she didn't have a car to drive. A few mishandled tweets later, I found myself walking in the rain, slightly rushed by the idea of actually talking with someone after relying all of my communication on a bunch of wires for ten hours a day.

It went on pretty well, really. I knew where to go - this Japanese restaurant I've never heard before - although spotting her was a bit harder, even if she said she was near the entrance. I ended up buying a rice bowl, the cheapest one, and managed to eat with chopsticks. (I know how. It just slows me down. Maybe that is the point.) Of course, we talked, and I tried my best not to talk about myself; lately, I've had the feeling that I'm dominating my conversations, with talk about all the shit that happens behind me. I managed with me telling her about why I think being an editorial assistant isn't something you do for six months before quitting to leave for Los Angeles, but immediately after I was confronted with the worst thing that could happen in any conversation: dead air. Sorry, I meant silence.

"I don't mind," she said as she finished the last of her sushi, apparently free.

Actually, I do. I am, after all, a very insecure person. I think I've always been. I've been doing things just to get people's attention, something that I realized when my brain went back to this time in elementary school. I was in second grade, I think, and my best friend back then came back to class after a couple of weeks or so with chicken pox. I literally screamed, in a more-annoying-than-Sue-as-a-Cheerio attitude, "welcome back, Freddie!" and I think I annoyed everyone in the classroom. It wasn't really a good feeling.

Dead air in a conversation can mean many things. Possibly, both sides are getting some much-needed down time, a given since she was calming her nerves for an interview, and I still had half a rice bowl to eat. Possibly, one or the other is thinking about what to say, something understandable especially in a time when people tend to say the worst things at the worst time. Worse, it's a sign that things are going down the pan. Oh damn it, awkward silence. We're both not having fun. She's not having fun. We can still do something. Let's do something! I attempt to say something, but I made the mistake of pointing out my awkwardness and the fact that we've been silent for ten seconds or so. It didn't help. I ended up trying my best not to mind the silence, keeping my composure even if it really bothered me.

Well, there's really no reason to be awkward, but I was just so awkward. Sure, the fact that Ning and I never really talked until that day - both graduates, both wondering what to do next - just made things worse. But there was this meet-up with Piyar, and this meet-up with Ariane, and this meet-up with Monica, and the many meet-ups with Valerie, and with each passing day I feel more and more awkward. I feel incapable of carrying a conversation, one that's not one-sided and blabbering, one that actually makes sense. But the conversations I had in college we barely balanced and cohesive. What makes me so demanding right now? Is it all this chaos? is it the feeling that if I improve my social skills, which have long been proven to be too aggressive (hello you) and too pointless (hello you), my life will change? I don't really have control of it, unfortunately. No amount of practice will change my life.

Still, I somehow survived. I spent more than a couple of hundred bucks, the extra being service charge, a given. I managed to learn a few things about her, and I think she learned a few new things about me, even if my life is pretty much (and regrettably so, now we're talking about careers) an open book. There were a few things that kept the chat going, even if the idea of me wondering about what she meant by sleepwear in a Twitter conversation a few days before is uncomfortable in hindsight. And, I have to learn to appreciate all these awkward conversations, because it's better than the idea of having to deal with, well, you know.

She took a taxi back to the building, never mind that I can just walk it. Then again, she's wearing heels. It's weird seeing her catch up with me height-wise. Even weirder, the interview was moved to the next day, and all she had to do was get her ID and go home, do stuff. I just walked back to the office; the walk wasn't as long as it felt an hour ago.

"I forgot to say thanks!" she texted me, minutes later. I was at the office by then.

"And I forgot to say good luck!" I answered back.
And your responses...