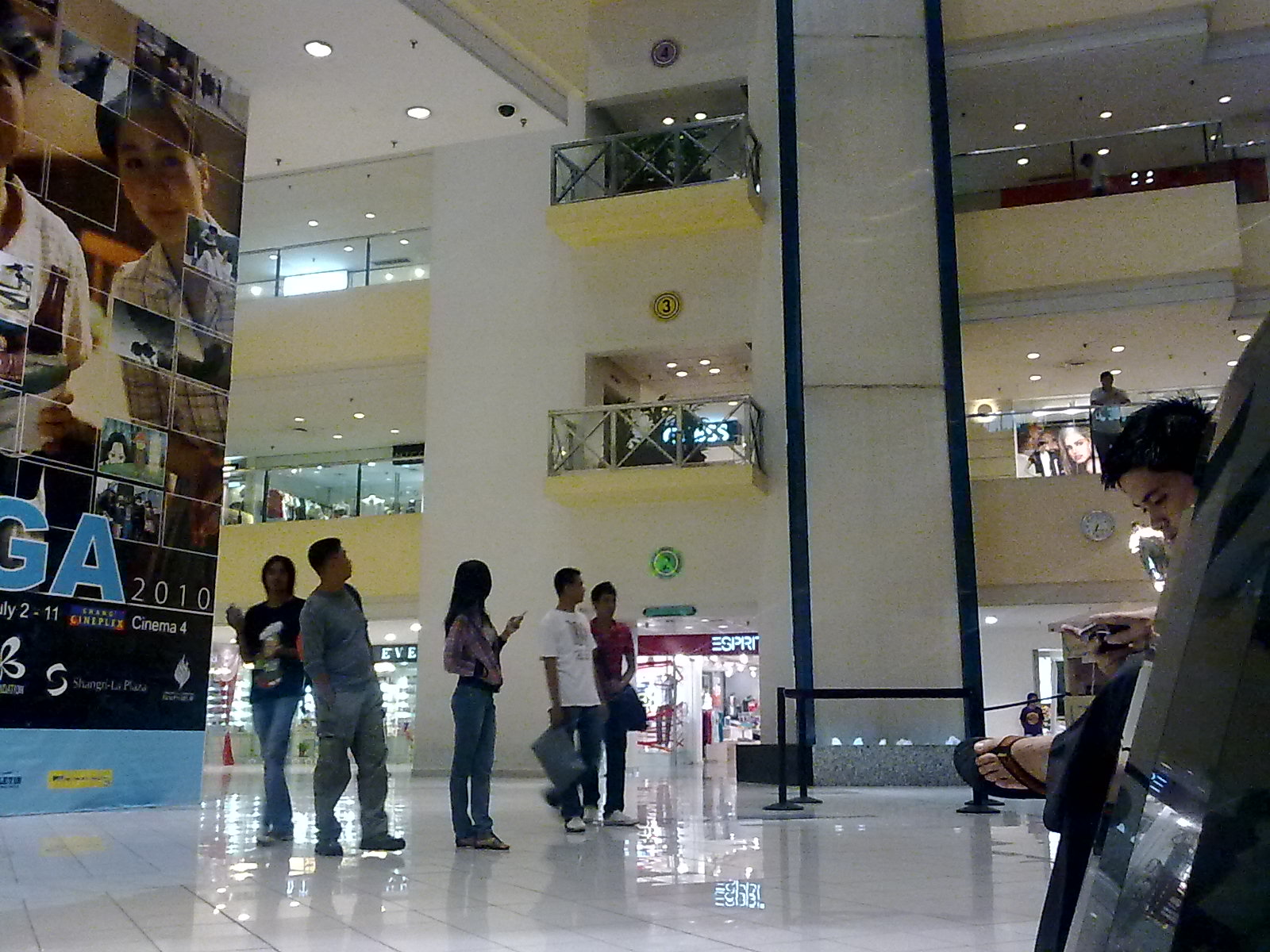 It was four o'clock. I was nursing a headache, and silently wishing that people would start leaving the office so I won't feel as scrunched as I already am. I spotted someone retweet someone on Twitter: a woman fell to her death at the Shang.

The Shang. I'm always there.

The details filtered in. She's yet to be identified, but she fell from the sixth floor to the second floor. It's the atrium with the fountain, I thought.

And then the speculation began. Was it an accident? Maybe, I thought, she drowsed off or got dizzy and lost her balance. Not exactly plausible, but there were a few times when I took that long escalator from the fourth floor to the sixth and thought, I might fall if I'm not careful. It's completely plausible.

Was it suicide? Everybody just heard a thud. The body lay face first, flat, not sprawled, perfectly aligned. And you can 't just fall off the escalator without hitting the rails.

I remember reading a tweet from someone who also heard of the news. She was, needless to say, shocked. "Emo girl, you wasted your life!" she said, or something.

Naturally, I oddly looked forward to going home. I know the body won't be there. (She was rushed to the hospital, and was pronounced dead on arrival at twenty past four.) I wondered if there'll be a candle at the atrium, an awkwardly-placed reminder of the tragedy that happened just minutes before.

There was, half-oddly, nothing. The spot where the body lay - dropped with a thud, witnesses say - was cordoned off. The atrium was clean: a cocktail was apparently supposed to be held there, judging from the photographs, but it was all swept clean. And people were avoiding it - really avoiding it, to the point that I can't tell the difference between respect and disgust. I mean, there were people in the fountains, but they weren't looking at it. And the most curious people I can see were those on the escalators, looking to their right, wondering what that blocked area is.

For some reason, it struck me, enough to make me wonder whether I'm being totally appropriate with these thoughts. A thought bubble is still a thought bubble, though.
And your responses...