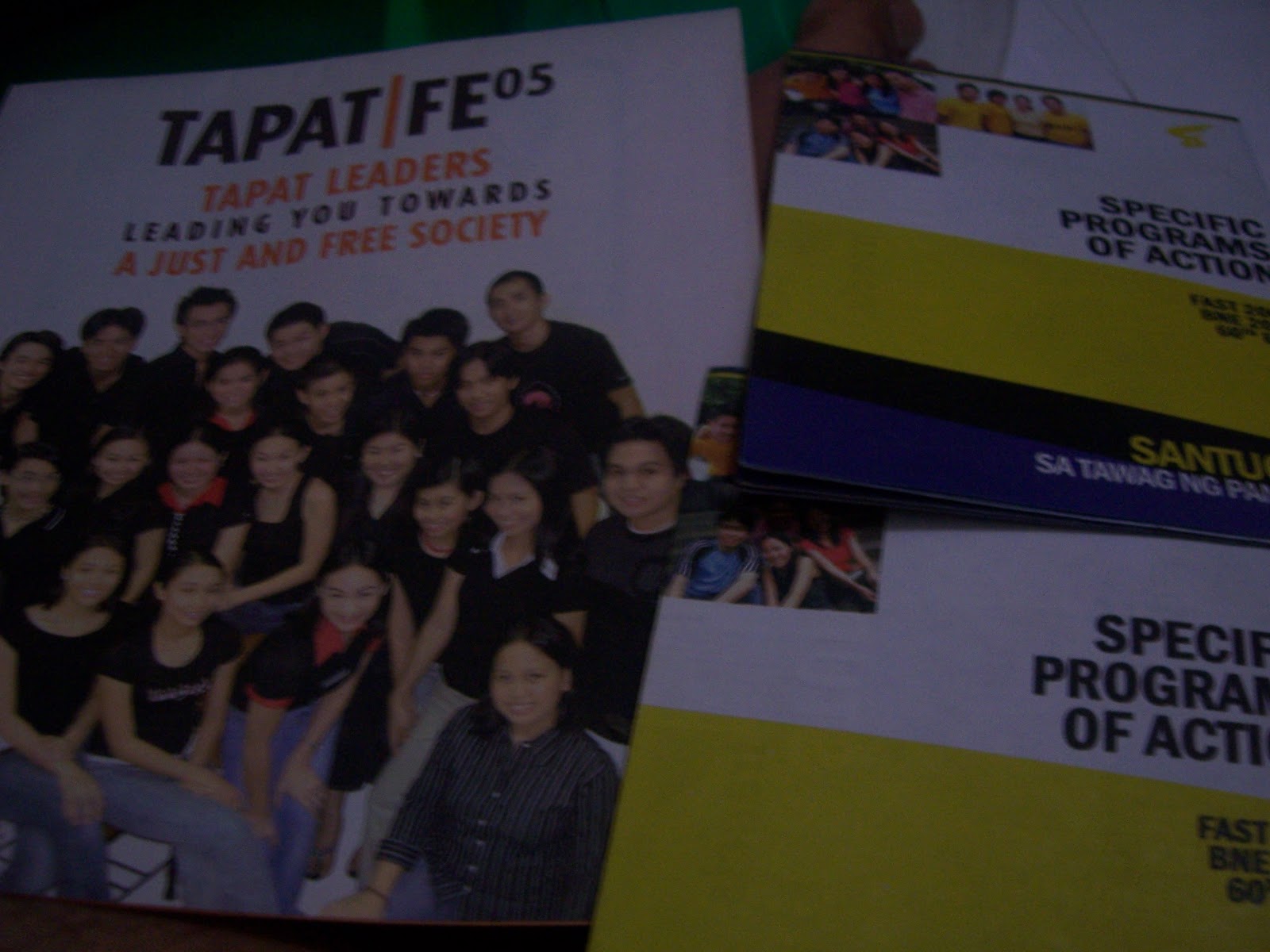 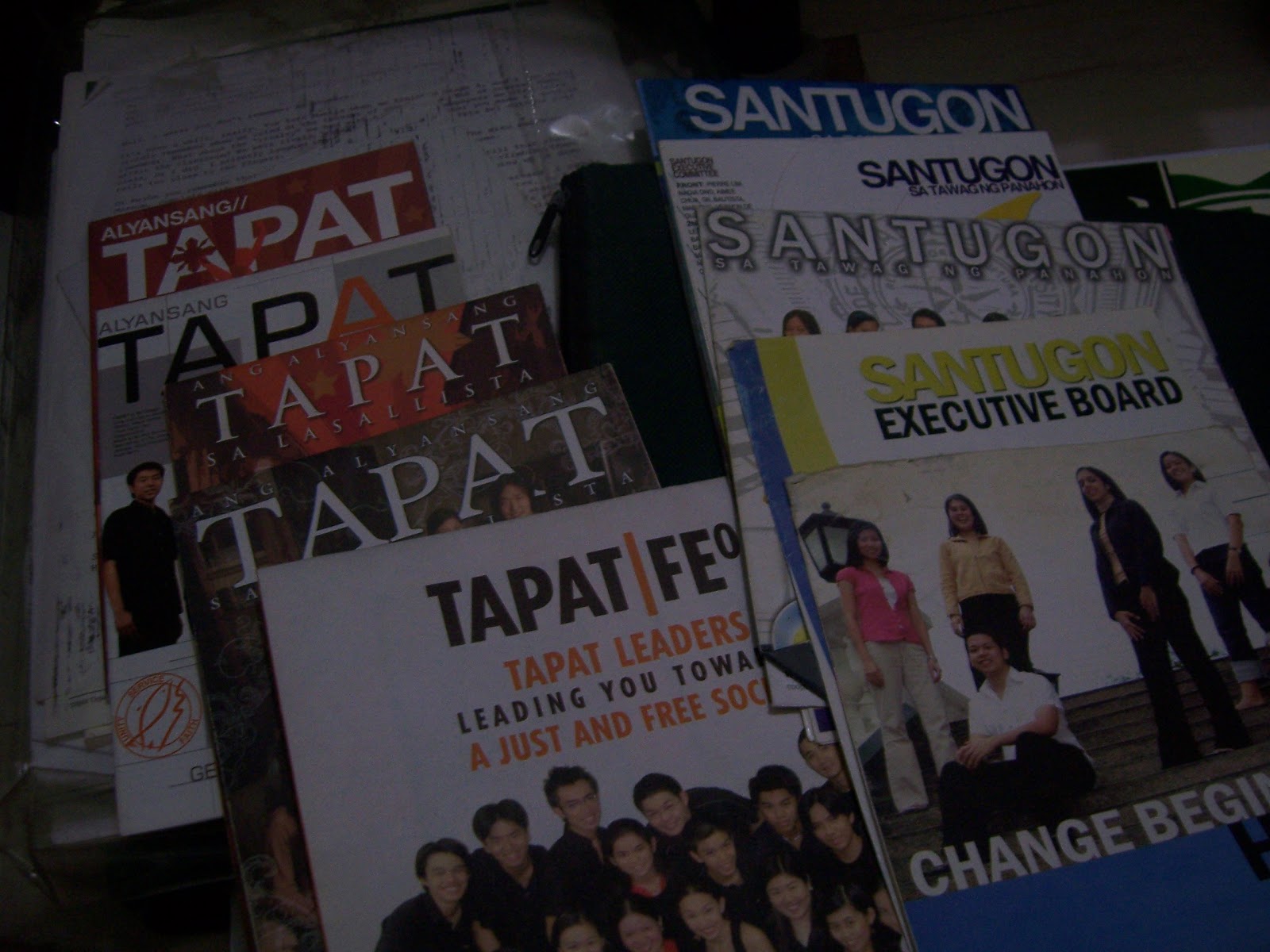 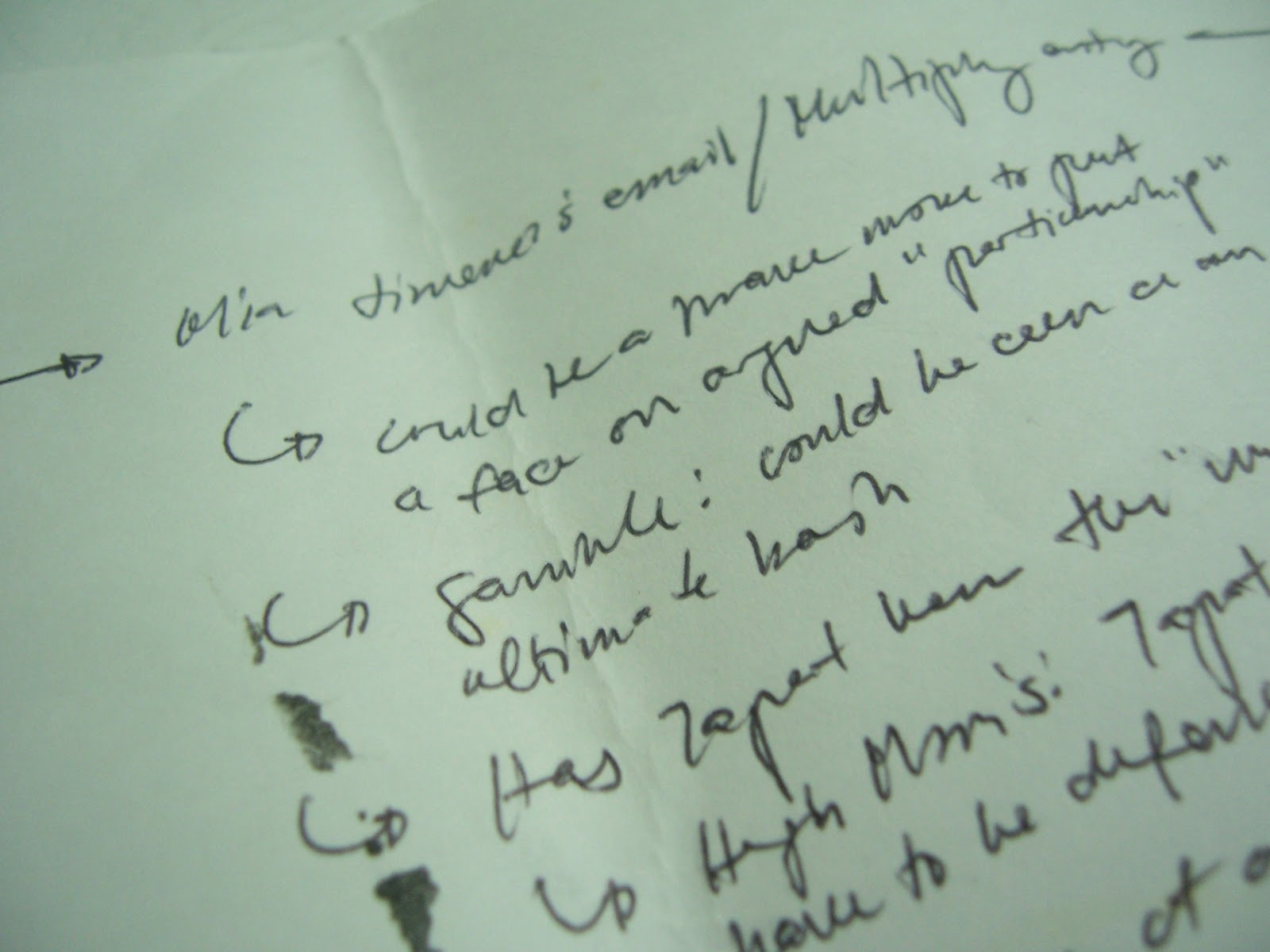 I wasn't really supposed to take writing about the Student Council elections seriously.

It really was just about me covering Jaja's run for batch representative. She told me of her plans through YM, asking for my "blessing", and I promised to be her "campaign manager". So, yes, Shale Campaigns did not begin as objectively as many might think. I guess it just happened.

When I joined the Student Council in my second year, Sarah approached me and asked me to write a blog about the goings-on in the batch assembly. Something like what I did the past elections, she said. I obliged, and the result was Faster Than Fast, a supposedly irreverent take on how the events and activities we organize are actually organized.

Yes, I only wrote three blog entries there. In case you clicked. The idea worked, but there was one problem: I wasn't exactly working under Sarah and Jaja, but rather, until Y2K and Nadia, as part of the Legislative Assembly. My foolish attempt at humanizing Sarah by writing about her love of turon from the faculty lounge went nowhere. But I figured it's a good thing, too. I enjoyed my time with the LA Core: it saw me do a university-wide survey, and become a committee head during the college's 25th anniversary celebrations. And, when elections came around again, I had more time to focus on the campaigns. With Jaja declining to run, I found myself talking to everybody - and the blog that Redg once credited with "changing the face of DLSU politics" became what it is.

I still find amazing the idea that people from both parties have been using Shale Campaigns as a barometer of sorts. I'll check my stats and see people finding my entries through both parties' official mailing groups. (What they're saying about it, I'll never know.) During the campaigns, these people will come to me and answer my questions as exhaustively as possible. And, when I decided to do one more year of coverage despite not being a student anymore, I had sources that weren't willing to bluff me. Never mind that they only know me as "Mr. Shale", in the words of former SC President Noey Arcinue.

I may not have made it to The Lasallian (and I didn't try again when Karla encouraged me to enter on the strength of my blog) but I'd like to think I made a contribution to the school's ecosystem. Now, if I can put that on my resume...

Photo one: I slightly regret not being able to cover the 2005 Freshmen Elections - but then again, I was pretty timid at the time! Except, perhaps, for the one time when the Santugon candidates did an RTR session in our class. I asked one of the four, "how will you inform us students of your programs?" She answered, "good question!" She'd later invite me to her 18th birthday. Years later, were good friends, to the point that I can take these crazy photos of her.

Photo two: I collected four years' worth of campaign materials from both parties. The last batch - the one for the 2009 elections - came from my sister, who helped as much as possible despite not wanting to write for me. The people I met during the campaigns asked me if she'll write. She'd admit she's more of a Tapat person.

Photo three: I took blogging about the elections too seriously that I began to write article outlines on scraps of paper. I'd have these notes picking apart both parties' platforms. And then there's this particular set of notes, revolving around Mia's open letter back in the 2008 elections. I got an ambush interview and I got tips to many other letters. I'd still like to think my coverage changed things sometimes, and this could be one of those examples.

For tagging purposes, a shoutout to everybody I met during the campaigns, personally or otherwise, and had later encounters with, in alphabetical order: Adette, Agnes, Anil, Chichi, Chris, Gerard, Jabi, Janelle, Jenn, Krizzie, Mico, Noey, Reena... bah, I'm sure I forgot some people.
And your responses...