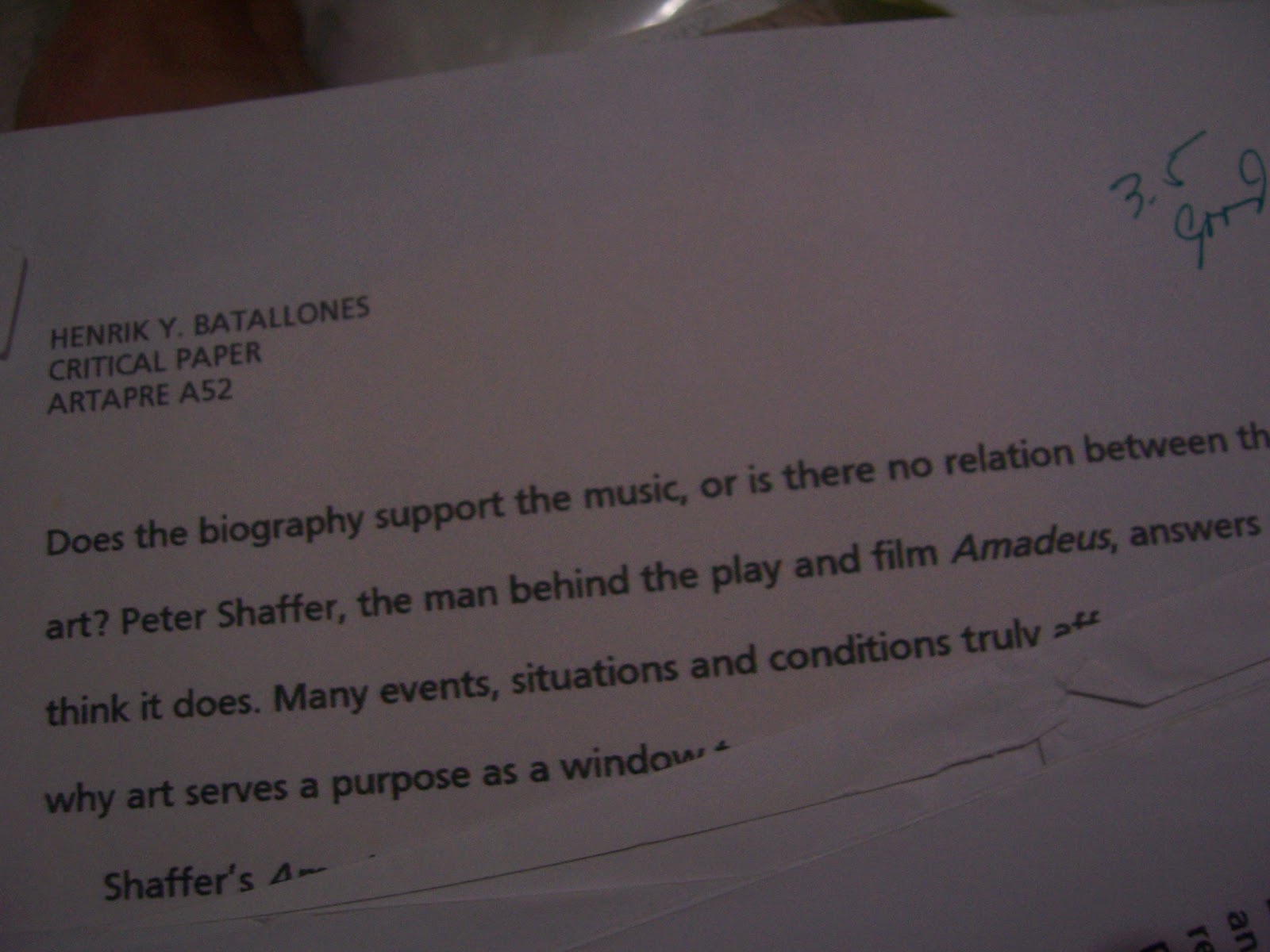 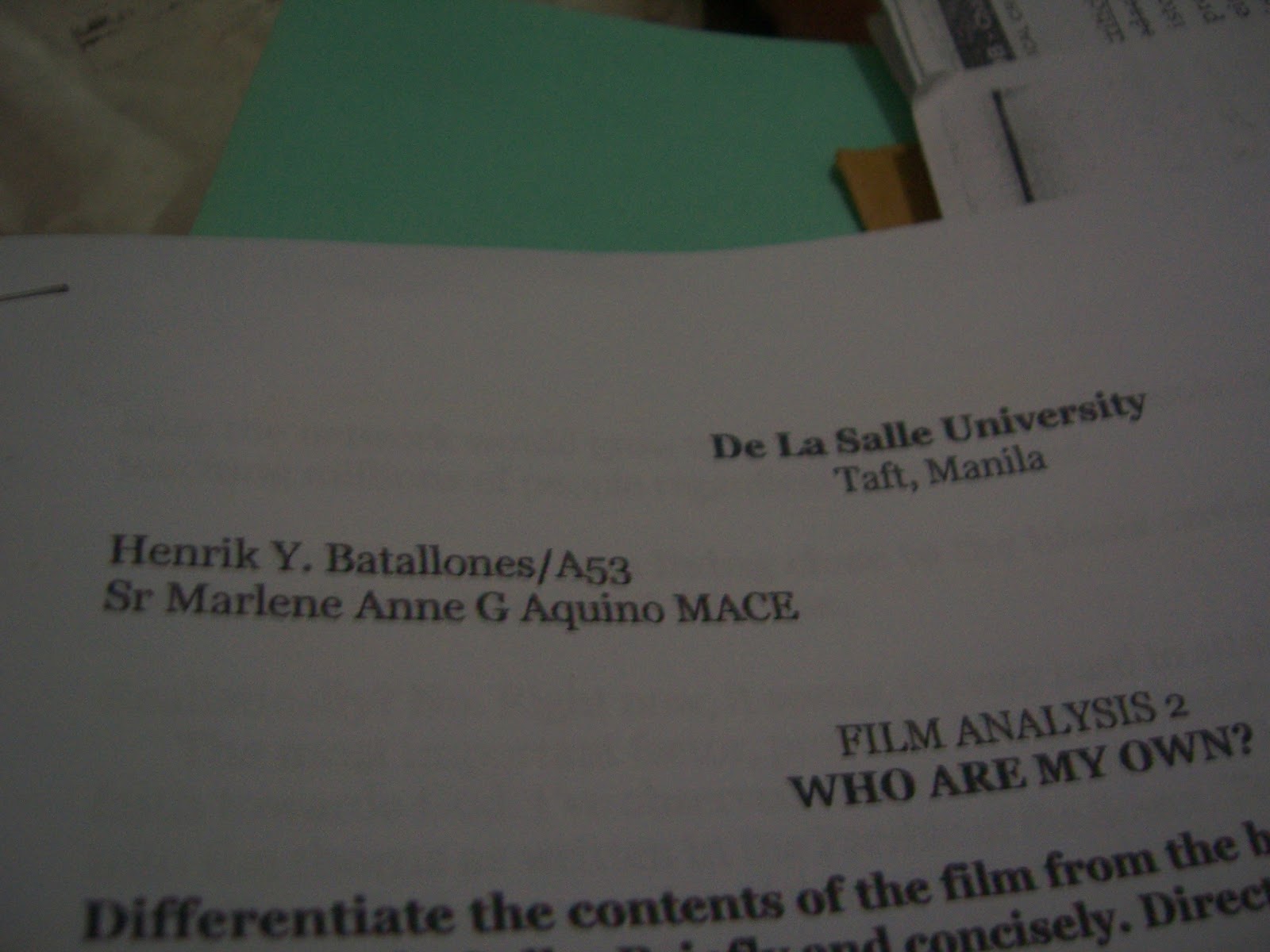 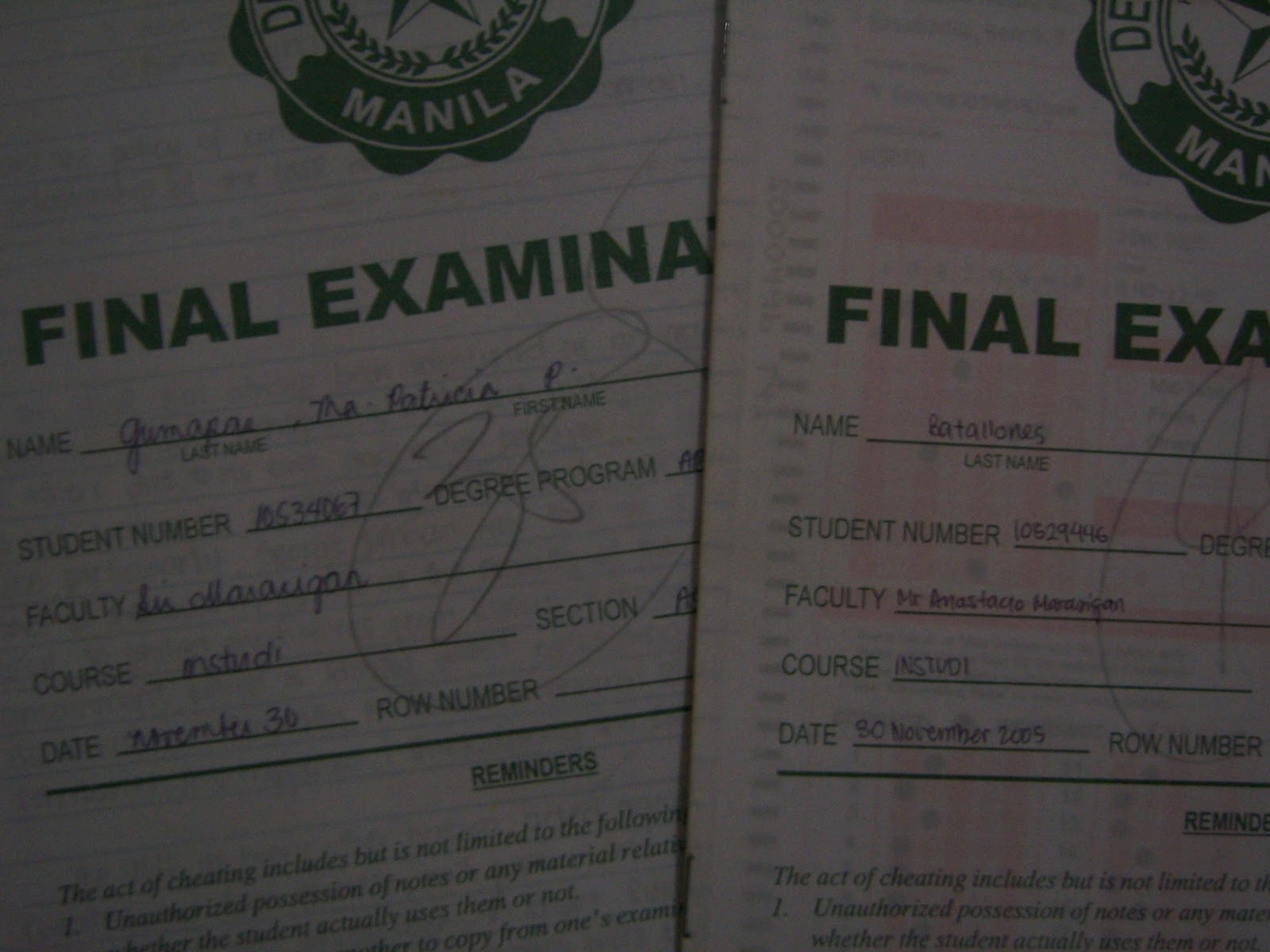 I can't really think of anything to write today, so this should do.

One of the things I hated about going to school during the first term was the really early start. My Mondays and Fridays started at seven in the morning, and having a Cavite home means waking up at half past four so I can leave at half past five. I'd arrive in the classroom with the AC still turned off, and the class would wait for the maintenance folk to turn it on from outside.

Those first two terms were fun, for the most part. Apart from the emotional upheavals (which I hopefully have covered in future installments) there was a sense of wonder in watching my professors make sense of things the way my high school professors didn't. Serious discussions about art! Fascinating discussions about global affairs! And then, when they suddenly decide to let us have a free day or something, oh, it's as if we needed the break. It was pretty confusing at first, at least in hindsight.

Photo one: One of my critical papers for Miss Sangil's art appreciation class, tackling the confusion that is Amadeus. In hindsight, I think I wrote a bad paper. Apparently she didn't see it that way.

Photo two: One of my film analysis papers for Sister Pinky's religion class. I had a thing for the Frutiger font face during our first term, but thanks to strict format guidelines, I resorted to using Georgia, which looks good too. I guess these paper was a precursor to majors, huh?

Photo three: A couple of test booklets for Sir Marasigan's international studies class. I don't know why I have Tracy's booklet - this came with an answer sheet and a course card, so I presume I took this during course card day, because she wasn't around. As far as I'm aware this didn't go to the trash.
And your responses...