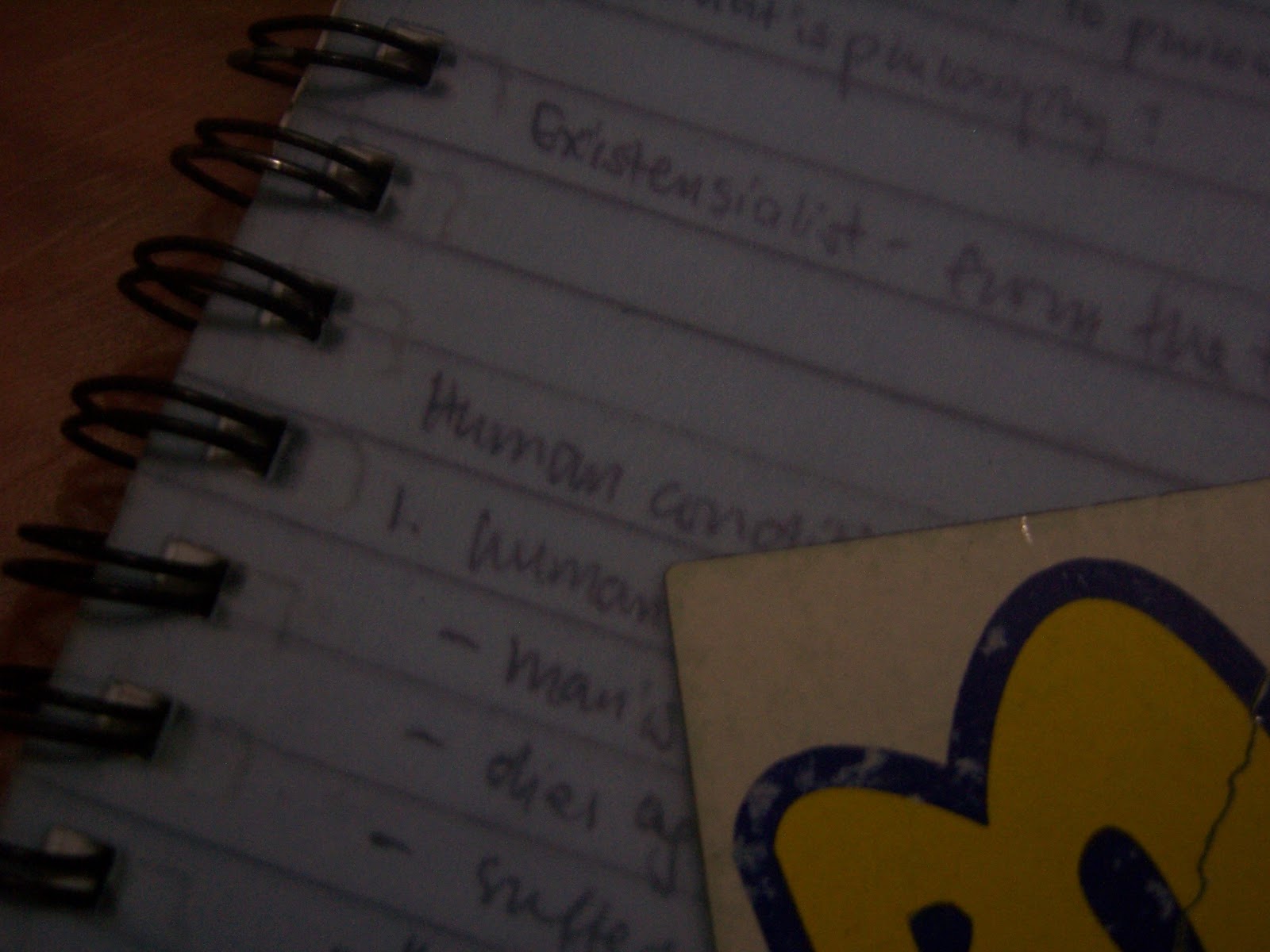 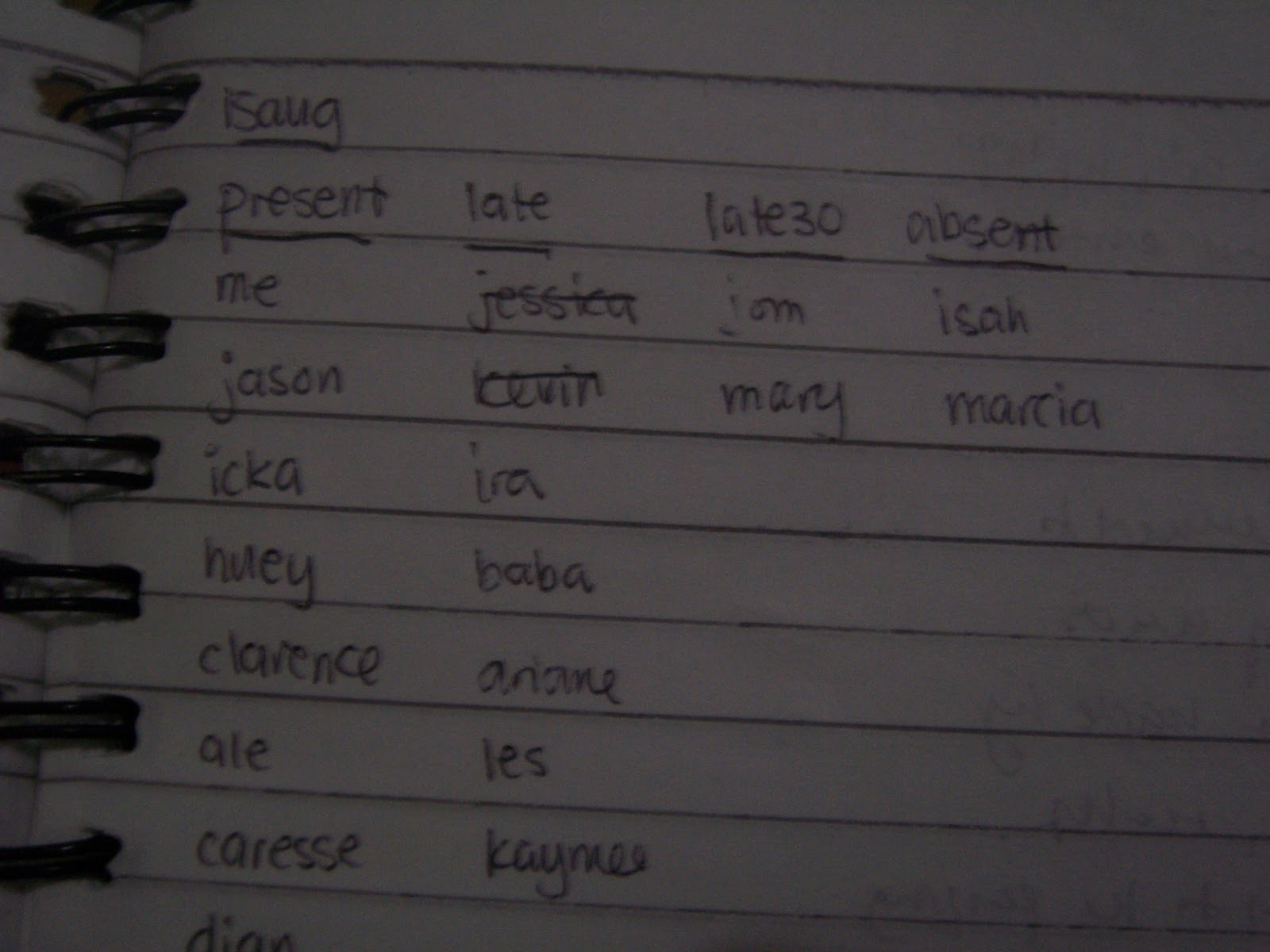 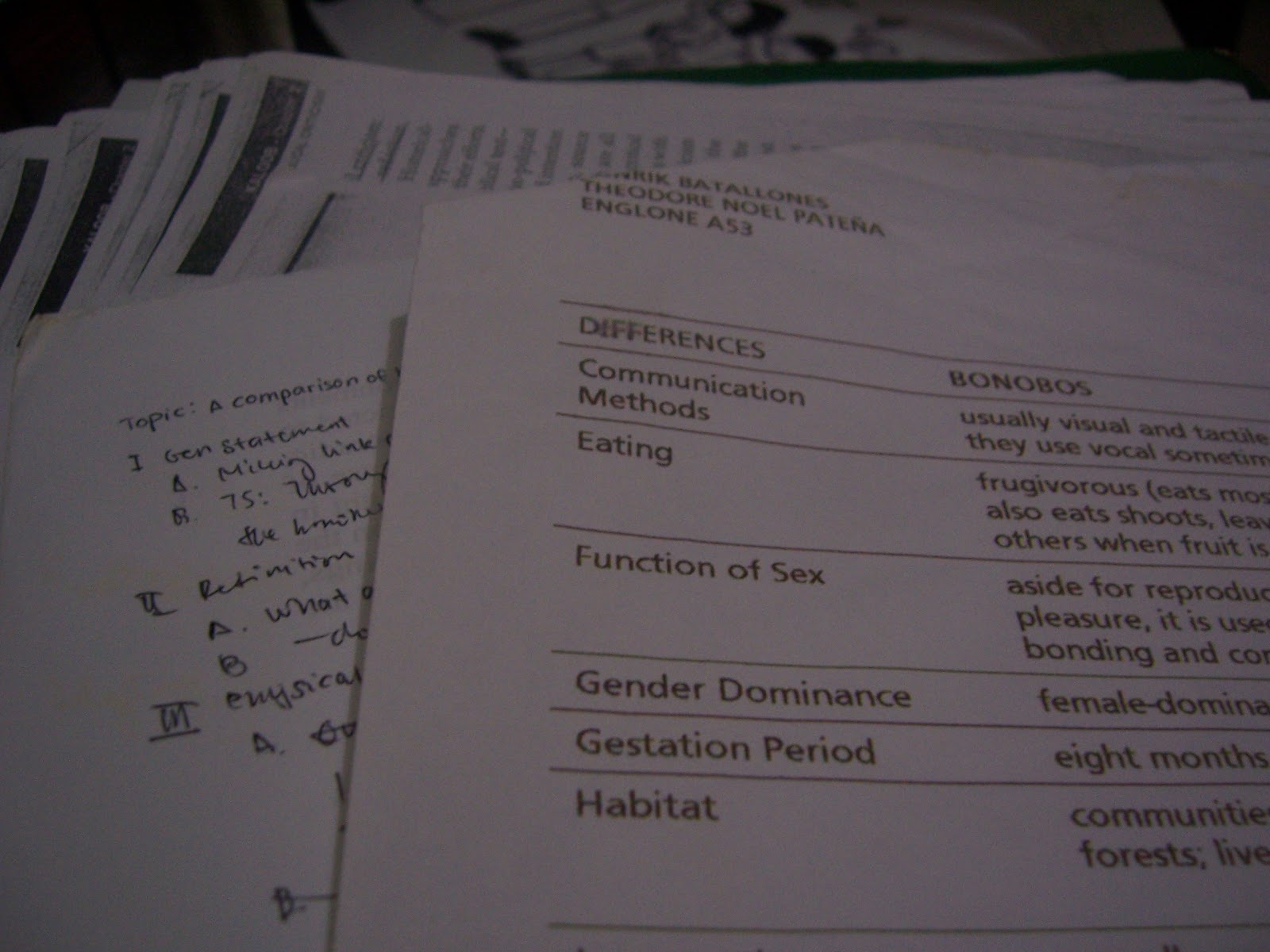 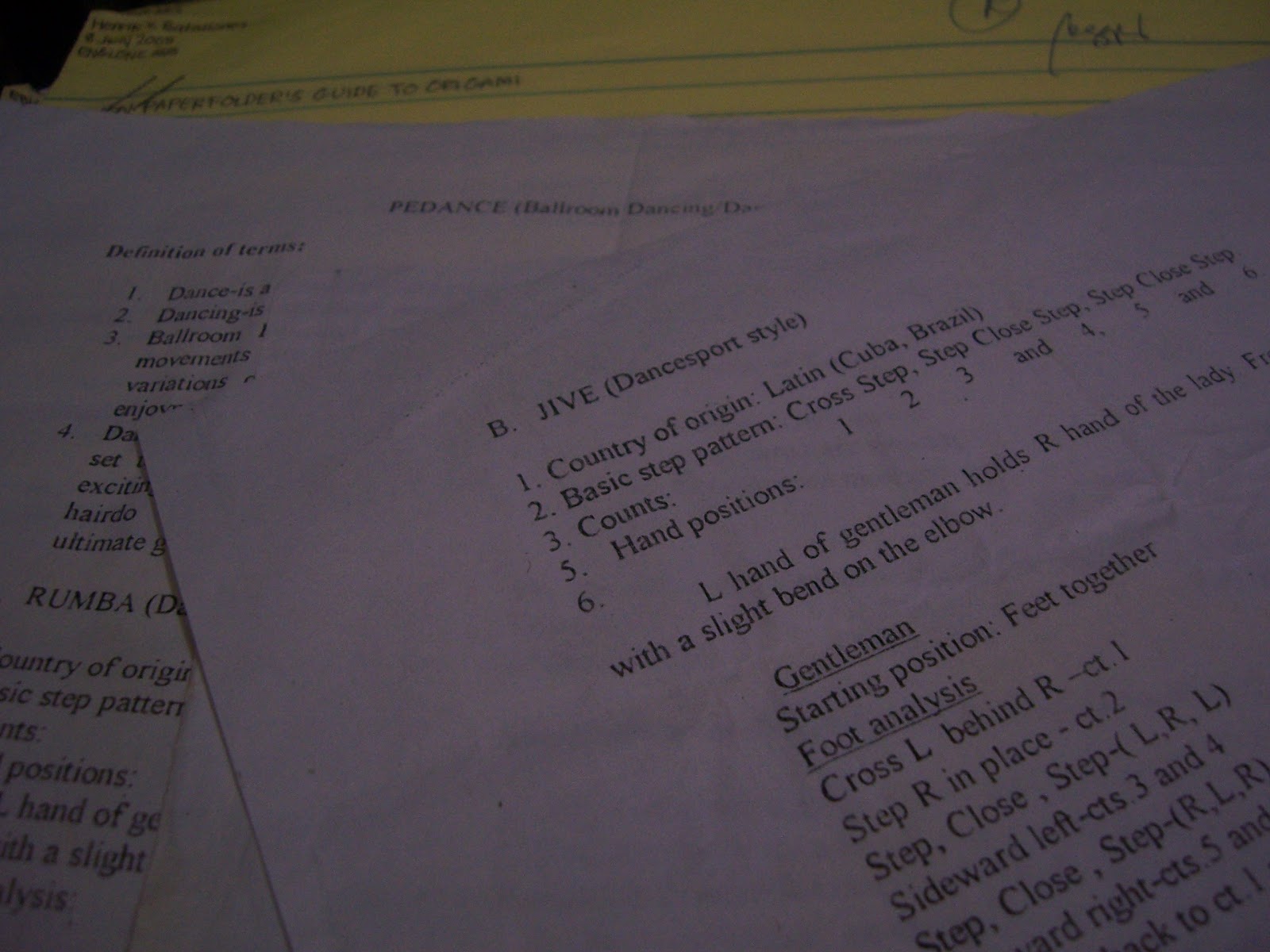 Icka went to DLSU early this week, apparently to get a recommendation letter from our English teacher, Miss Bernie. (Apparently, she's entering graduate school, but missed DLSU's deadline, so she'll try at the UP.) The first thing she was asked: was she still in touch with me?

"She didn't recognize me!" she told me. "She thought I was some Chinese student. She was staring at me and was like, 'Ericka! You look so different! You're so white. You look so... yummy.'"

I figured Miss Bernie remembered me for being the attendance guy. While waiting for the air conditioning to be turned on, I held this blue notebook with slightly tattered pages, writing down the names of people who went into the room. It was hard at the beginning, since I didn't know anyone (I distinctly remember writing "Jacqueline" on one of the lists) but as the weeks passed by I didn't find the need to ask blockmates what their names are.

The catch was, there was one person in that class who was outside the block: an upperclassman, Jelyn. I think she was a junior at the time, taking up psychology. I learned her name eventually, but initially she was just the other person in the room.

At that time, there always was something fascinating with upperclassmen. They looked so accomplished whenever they swung by the frosh block to tell us about our options, or our obligations, or some event downstairs. And when we actually get along (especially when we're in the same class) it felt like we were actually getting the hang of college. Or maybe it's just me getting giddy about it? I remember having that thought when I took world literature class with Eena and Lei. I also remember that thought when I took ethics class with Jae and Jayne. (Those examples are more recent, though.)

But right now I remember Airra, this upperclassman - I think she's a year up, or maybe two, I can't recall - who I was seatmates with during speech class. We got along quite well, but I lost contact with her, and searching for her on Facebook is fruitless - mostly because I'm not so sure how she looks now.

I also remember this woman who had strong features and was a classmate of mine in this one class. Not sure if it was speech class. Maybe I met her in high school, but no, I'm not confusing her with Ana. I swear I bumped into her in college. I thought I saw her at lunch today and I remembered that I had this little thing for her until she seemed intimidating.

Photo one: I tried to survive my first term in college with one spiral notebook. I don't know what I thought it could, but obviously it didn't work, since I eventually bought a refillable journal. Still, the notebook proved useful, especially during that first day in class, where I wrote down my notes on existentialism - before critical thinking class proved to be a bore. (The Santugon sticker was added on two terms later. Blame it on Les.)

Photo two: When I bought the journal, the notebook became a repository of idle thoughts, fantasy radio schedules and attendance for English 1 class. I don't know why I was entrusted with sorting the thing down - maybe it's because I always arrived on time, or I just looked responsible. I had this slightly fancy system: "late" stood for people who arrived after the bell but before Miss Bernie came in, and "late 30" stood for people who arrived before the grace period ended.

Photo three: The bonobos were technically a lesson in anthropology (and eventually the origins of the BonoSoc) but Sudoy and I felt like using that for our English 1 class. I guess we found the idea of female bonobos rubbing each others' genitals alluring. Us using one class' lessons (and projects) in another class wasn't unusual: I used my philosophy paper for speech class.

Photo four: Who would've imagined that Sir Ronda tried to teach us jive with handouts? They didn't work, because we were taught the jive through hard work and, perhaps, fear. I know that a lot: I almost flunked the class when I turned up in the finale exam wearing a short-sleeved polo. I ended up in the bathroom for the whole class, only to be called back because I had to organize the final "party", with actual food we discussed during one of Sister Pinky's dances. PE came in handy four years later, when I covered So You Think You Can Dance for work.
And your responses...