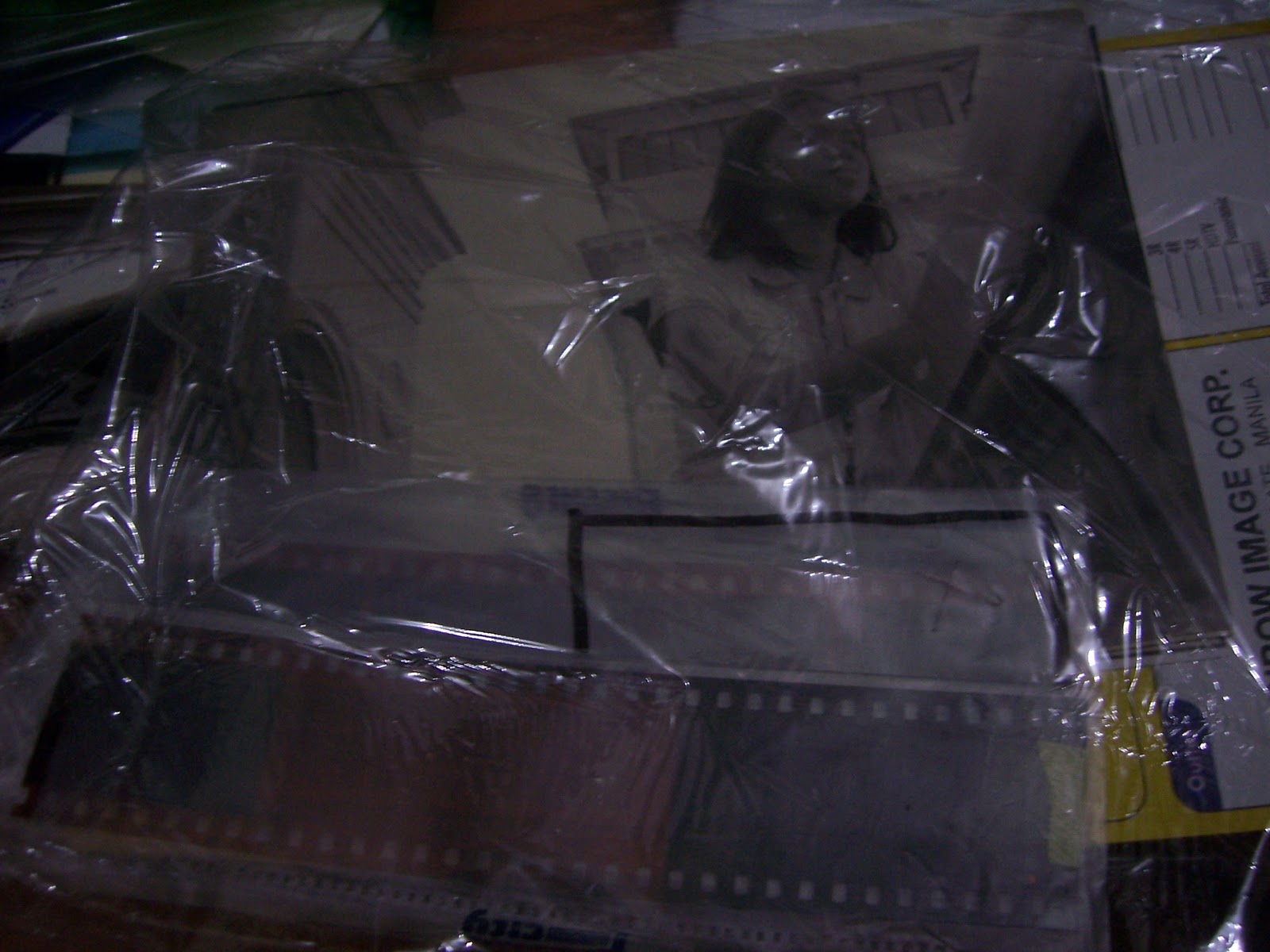 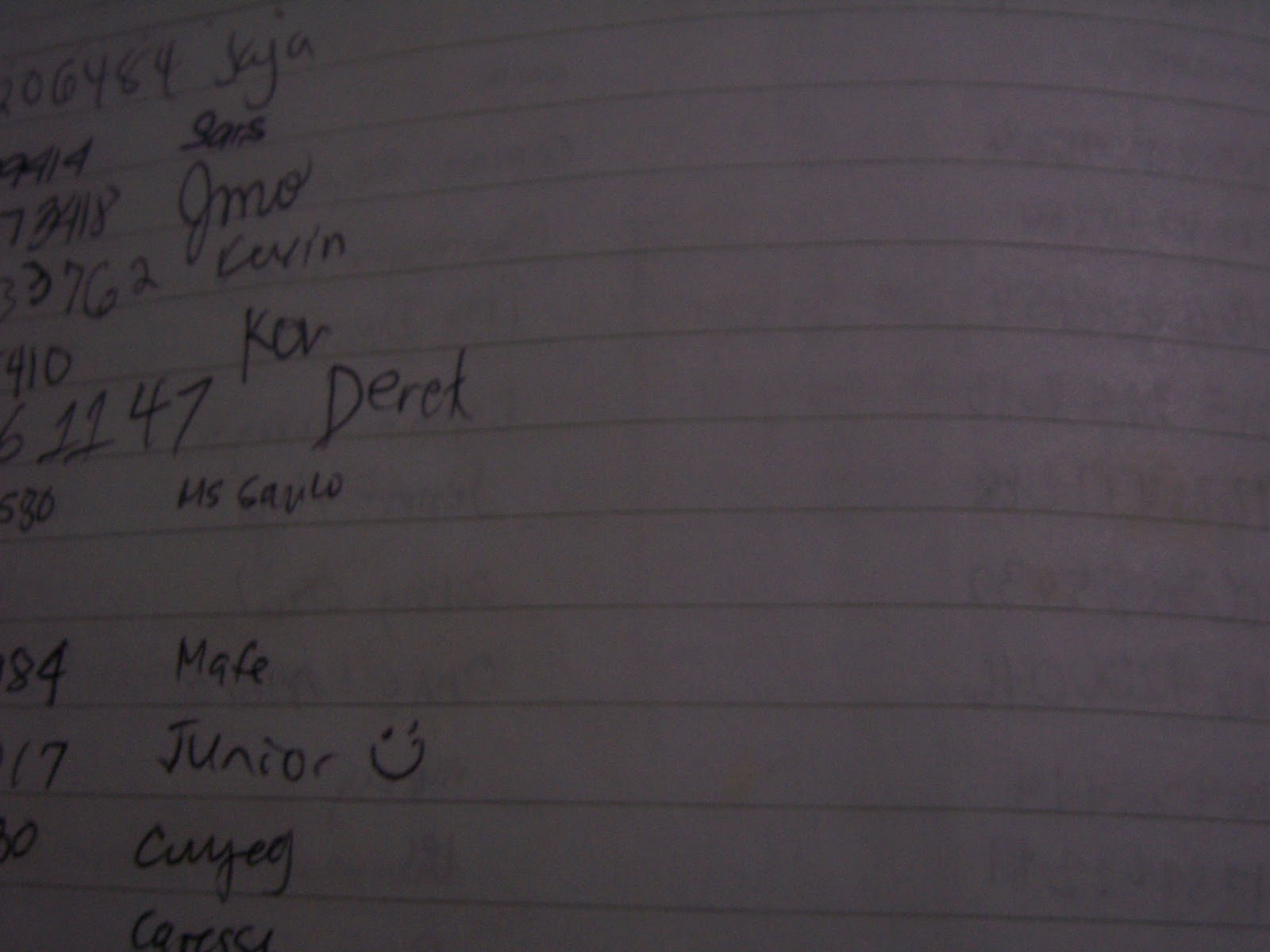 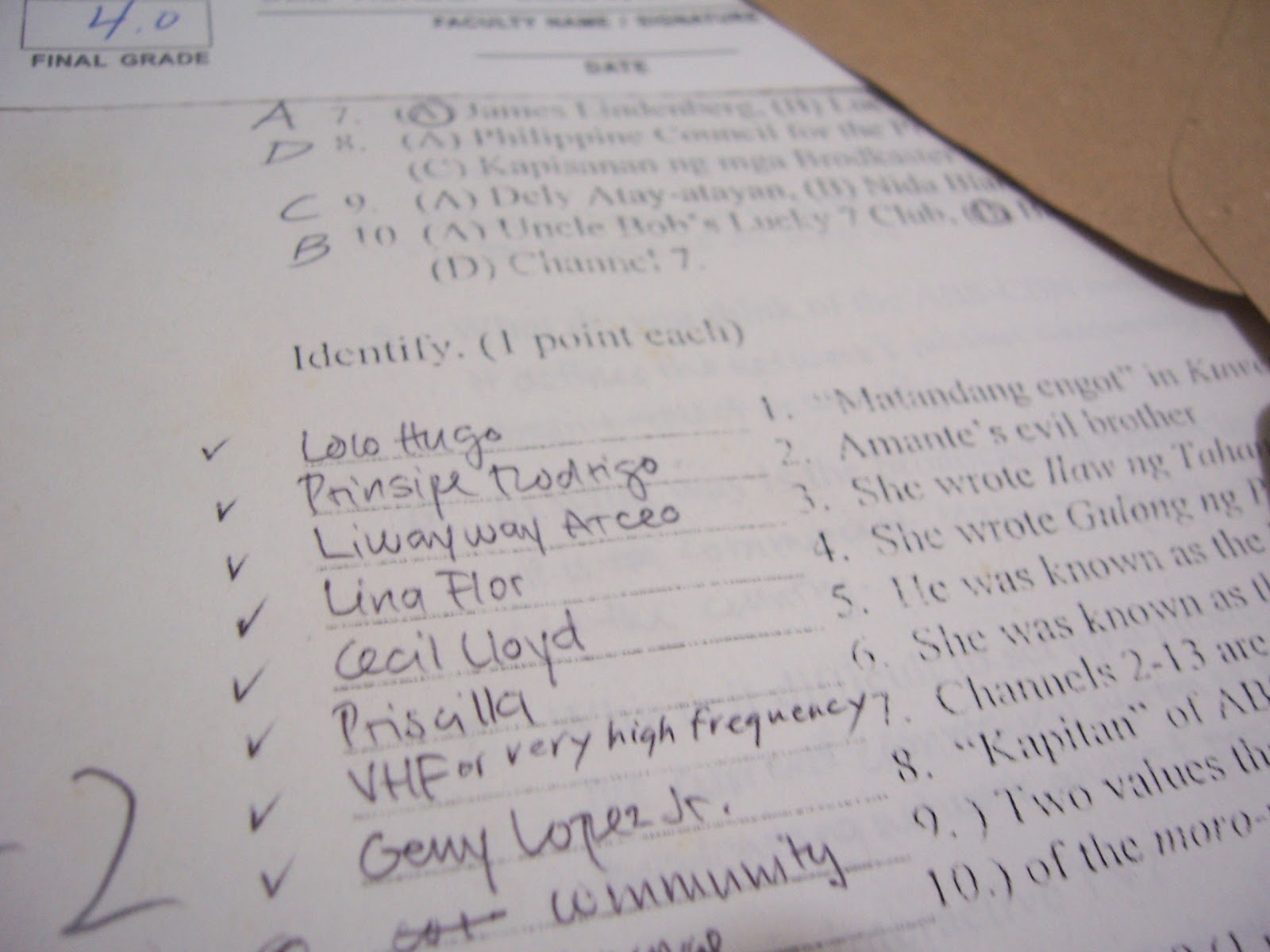 The equipment room wasn't that cool, but I liked Mang Ed anyway, because he's really approachable. Of course, he had to be really approachable, since we always went there for tripods and SLRs and lights and, eventually, the photography studio. In my last days in college, I'd hang out there, waiting for my only (afternoon!) class to begin.

The same, of course, couldn't be said of Mang Norms. We love him but he's annoying. Then again, I didn't spend that much time at the editing room (for work, at least, since I took electives in journalism and radio) to see him wrangle with cords for mini-DV players and closing time. Oh, yes, closing time. Clinic trips. And his apparent liking for Char, which we all pounced on.

Mang Let? Since he's in a different room than the actual desktop lab, not much can be said.

Things were easy back then, weren't they? Stuff seemed very stressful, what with a camera always on one hand, and concept papers in another, but there's always a chance to plop down a sofa and relax. Or maybe sleep. Or maybe it was the company. In my case, oh, definitely.

Photo one: Despite my penchant for candid photographs, I wasn't so happy with photography class. I wasn't that fired up, and I somehow found it tedious. Still, I took some pretty good photographs (it's the power of depth of field) and I learned stuff that I'd use in my candids terms after. And then there are the candids I took for the class itself, including this not-so-classic photo of Lau looking for subjects from the Yuchengco building. There are two copies of this: the one on the photo is clean, while the other is smudged and resides in my portfolio. The companion piece - a photo of Cuyeg with his arms larger than usual - I can't remember where.

Photo two: This has nothing to do with majors. It just happened that I lost the phone I won during majors, which meant I had to go back and ask everyone for their numbers. This is a different notebook: it's the one where all my aperture settings are listed down. But the connection is with Tina's listing here - she's listed as "Junior" precisely because of...

Photo three: The fascinating thing about broadcasting class was the history: all the stuff that happened before the war, and immediately after. You remember the lessons about Priscilla, the Kolynos Girl? And then there was that project when we had to do a radio drama of sorts: Sir Doy (who added "or very high frequency" to my test, you noticed?) gave us a script off Kuwentong Kutsero and I ended up playing Lolo Hugo because I can do the voice. Sars was the mother, and her son was Tina - she played it because, I argued, female voice talents voice male cartoon characters. The "lolo"/"apo" thing never stopped.
And your responses...