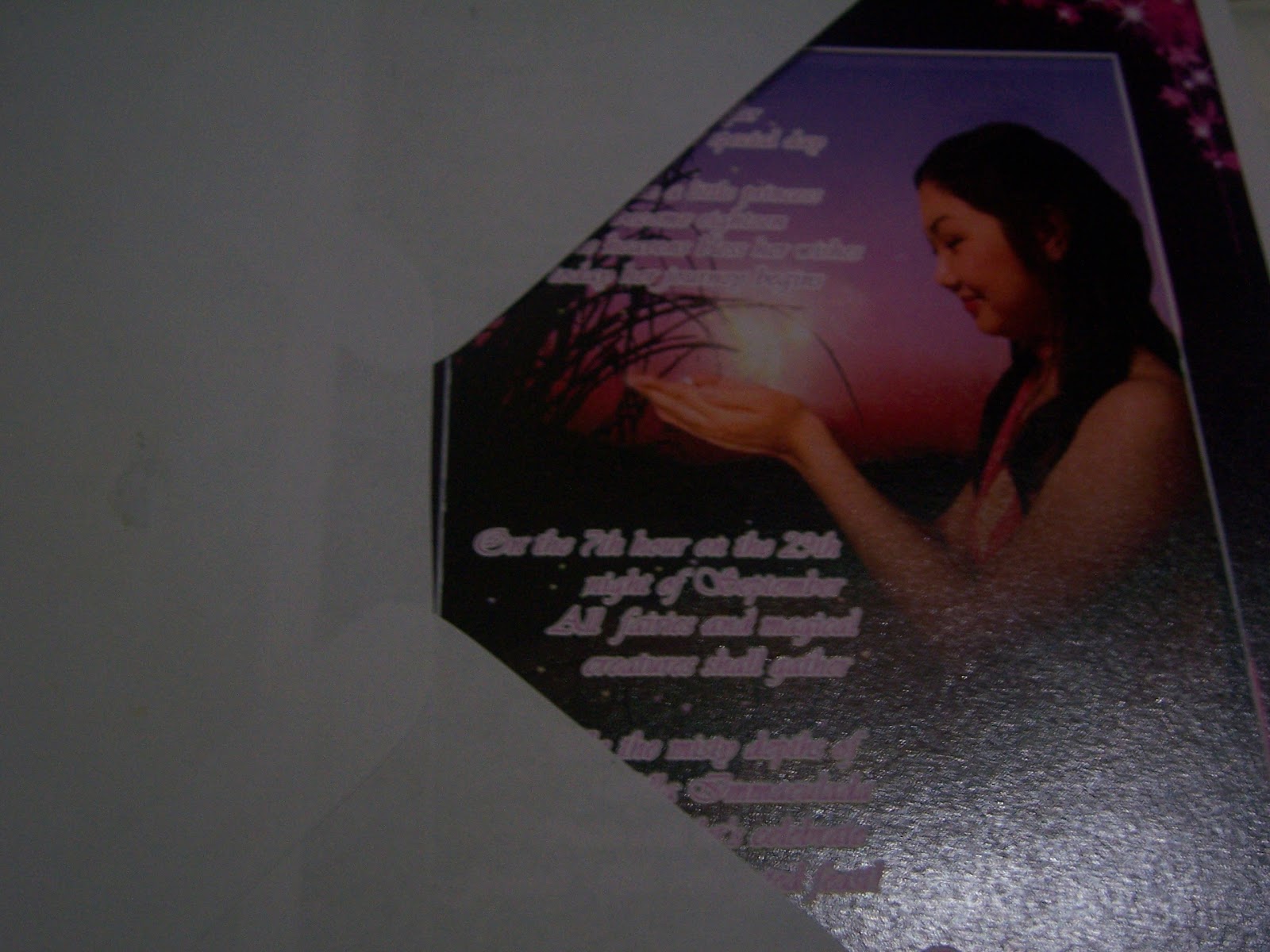 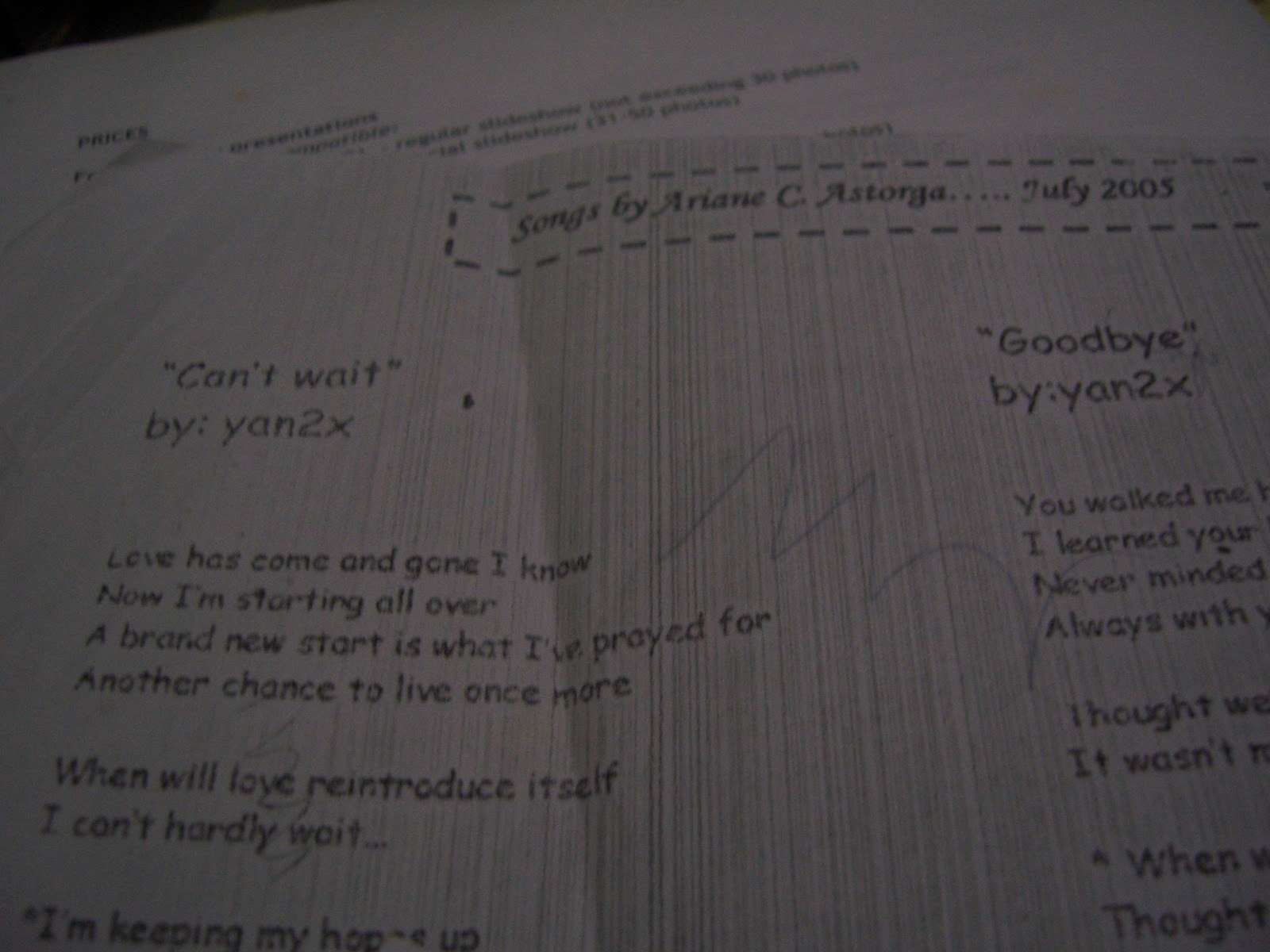 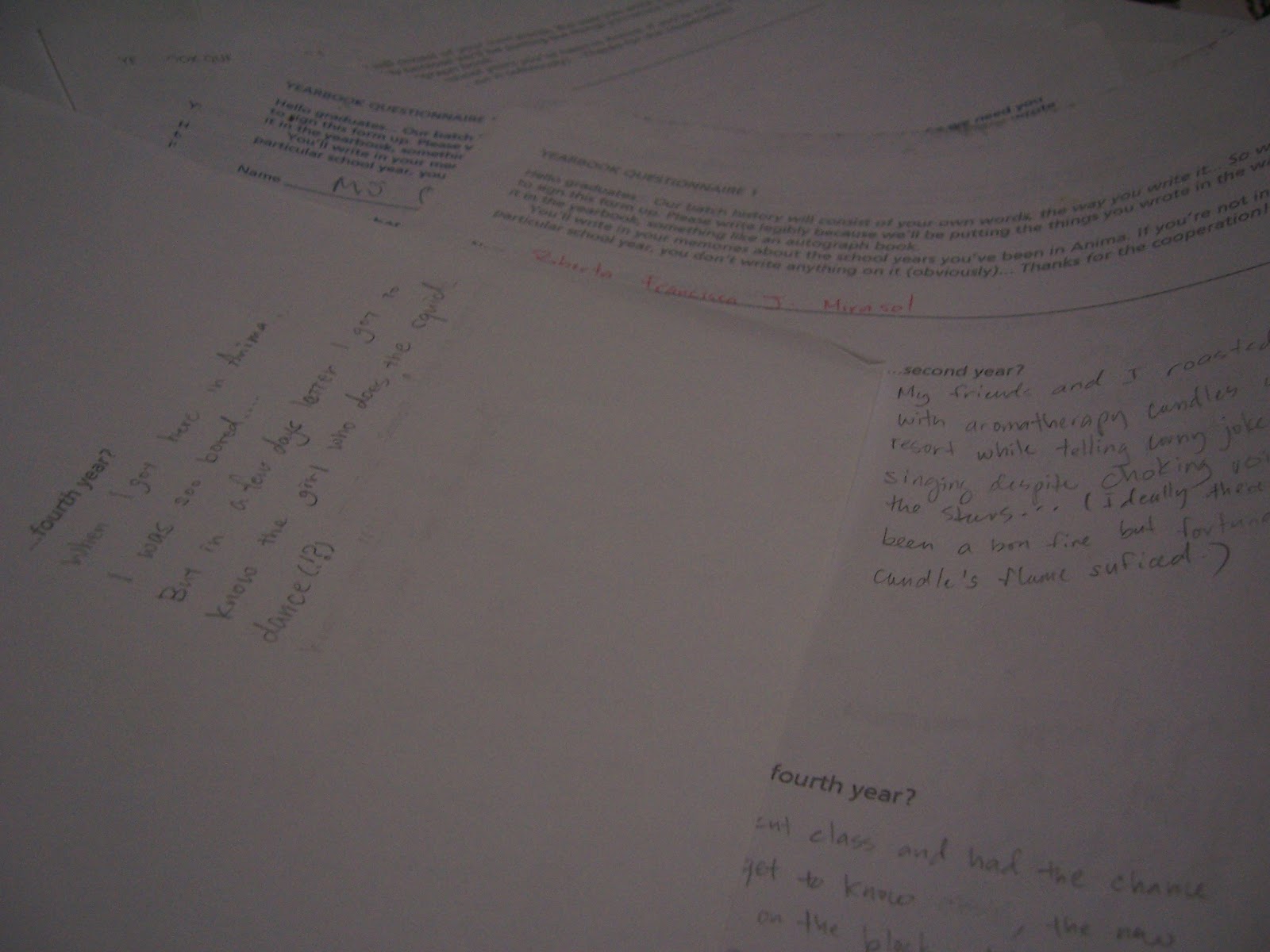 I know I mentioned somewhere that I'm a sentimental git. I tend to keep anything that I can keep that has even the most fickle of nostalgic value. I keep text messages from people I've clashed since. I keep little gifts from people who I've almost forgotten. I keep the slightest hints of old, insignificant, unrecognized crushes.

And then there are things I didn't even know I kept. But I know that, at one point, I kept it for a reason. With storage space at a premium - we haven't conquered the moon precisely because we don't have enough room to build the things we need to make a colony - I have to let go of some of these things. Well, not without a photograph.

As I wind down these series of half-pointless photo blogs, I'll post some of the items I found in that mess that I can't quite fit into the rest of my categories. Call it a grab bag. Call it a lack of ideas. I call it one last attempt at making people go, "wow, you still have that?" Okay, maybe two last attempts.

Photo one: I had one of the flimsiest questions in college life. Will I ever get invited to a debut, considering that almost every female I know is going to turn eighteen?" I wrote. I ended up in four of them. Caresse's was this little surprise affair. Jackie's (the one on the photo) was a grander one, with the chocolate fondue, the adorable nephew and the fairy wings. Kim's was a beach-themed one, complete with Cuyeg finding himself in a not-so-sticky situation. And then there's Piyar and her party that screams "big time", thanks to the professionally-voiced audio invitation. Wait, was that it?

Photo two: Before Ariane became a minor celebrity, she was a budding host, radio presenter and songwriter. I can't remember why I have photocopied lyrics to two of her songs, though. Was it for English class? Did she perform them somewhere? I'm sure I'm not the only one who got this.

Photo three: Here's a treat to my high school classmates. (I told you we're going way back!) Before graduating, Robyn and I were tasked to do the school's first ever yearbook. We had concrete plans, and we even started collecting content, which explains these questionnaires from the ten-strong senior class that we were supposed to scan and paste on the pages. As expected, nothing happened, and I still have these, and three sets of photos, which I think I was supposed to return.
And your responses...