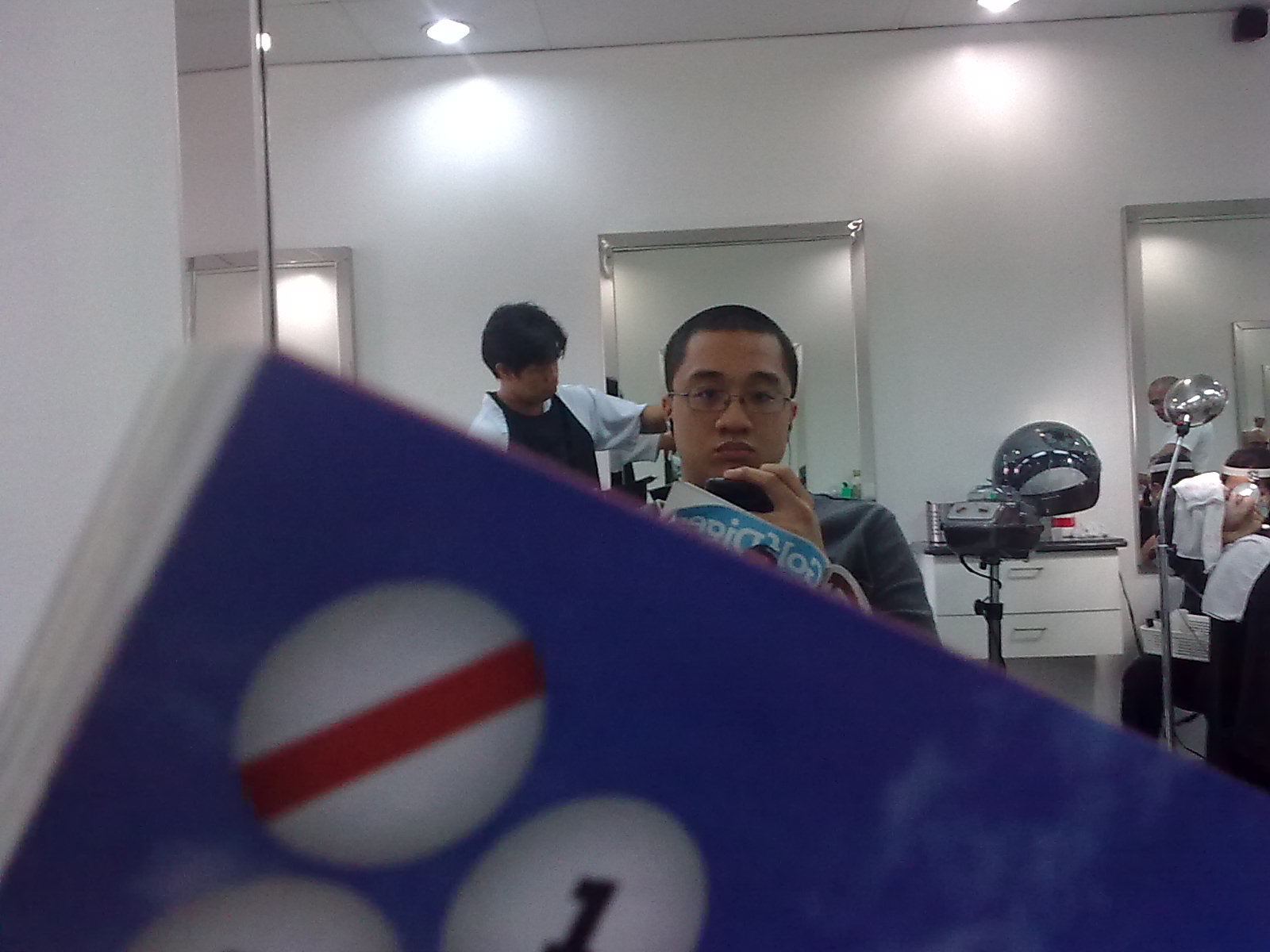 Depending on how style magazines have shaped your definition of grooming, I'm either decently groomed or terribly unkempt. It's harder to define when you ask me. All I know is, I don't feel very dirty when I'm out, and I try to keep my appearance in check whenever I can. But I don't brush my hair, and my face isn't exactly as flawless as those men's magazines want you to think. If I understood it correctly, it probably means lots of make-up.

My philosophy is simple: if you have to work on it, then by all means, do so. I wash my face, nothing fancy, a lesson I somehow picked up from Anna, someone I met in high school, who once suggested that I wash my face just with water when I had a pimple breakout. (I should say I adapted the tip, since I use a facial wash nowadays.) I have monthly visits to the barber, and over the years I've pretty much figured out what to ask. My hair's been compared to a carpet, which makes every attempt to style it a bit of a nightmare, so I just ask for a shave and some snips. I can't call it a buzz cut, but I don't know what else to call "semi-kalbo, tres".

Save for one instance when I accidentally asked for a shampoo and a hair treatment and ended up shelling out five hundred bucks - a story Jackie, who was then still in the country, spun as a chance for me to pamper myself on my birthday - I've stuck with the haircut, and then some. My carpet-like hair leads to slightly unruly facial hair, which I never really paid attention to until my burgeoning moustache started to tickle my upper lip ever so slightly. Now, I've always looked up to my dad for his grooming - nothing fancy, but he does go to proper business events, and he's my dad - and he suggested that I have my barber pass his scissors through my moustache and trim it a bit.

So, every two months or so - well, actually, whenever I remember it - I ask my barber to trim my moustache. I was advised not to shave it, something about the hair that will grow back getting tougher to remove. I never really understood that logic, but it does make sense when you think about underarm hair, which I've never thought of trimming. Yes, since I mentioned it, it took me twenty-one years to learn how to shave, and it's because the hairs on my chin are starting to tickle me ever so slightly. I got a lesson from my dad, as well as permission to use his shaver once in a while, and it felt surreal when I ended up teaching my younger brother how to shave, since I am 21 and he is 15.

But that leaves my upper lip still in the hands of my barbers. I'd ask them to trim it, and they'd leave me hanging just a little bit. The problem is, I'm never really clear with what I want, but I want my moustache trimmed more than just a couple of snips. My dad doesn't have a moustache, but look closely (read: stare at his face) and you'll see the hairs barely there. I want it that way. The moustache sort of defines my look now - well, it's really more of me getting used to it, in the same way black-framed glasses define my look - and I can't get rid of it. My uncle once had his moustache removed, and it looked really weird, because he had this thick, brushy moustache, suggesting his age.

Today I had my usual haircut, but I was in a different barber shop. I usually had my haircuts after work, which meant swinging by at the Shang and flipping through the aforementioned men's magazines, telling you that what you do is far from enough. In this case, I decided to have my hair cut by my dad's preferred barber in Alabang - the shop decided that their barbers' Christmas bonuses would come from all that they earn on this particular day, with management not taking a single cent. I was glad to pitch in, although I was reminded of my little dreams of having my preferred barber, of having to ask "andiyan si Mar?" every time I come in, of having someone to chat with rather than being forced to reread tattered copies of Men's Health.

I asked Mar - that is the barber's name - to have my moustache trimmed. Instead of using scissors, he had a razor blade. I'd call it a labaha, but I can't call it a barber's knife. The end result: I look like my uncle. Or, when you factor in my haircut and my glasses, I look like Boy Abunda, which is exactly what all my high school classmates called me. My dad had this bewildered look. I just said - covered my tracks, or spun it positively, whatever - by saying that I'd rather have a fresh start, so my upper lip won't look so unkempt in a month's time. But man, I couldn't get it right.
And your responses...