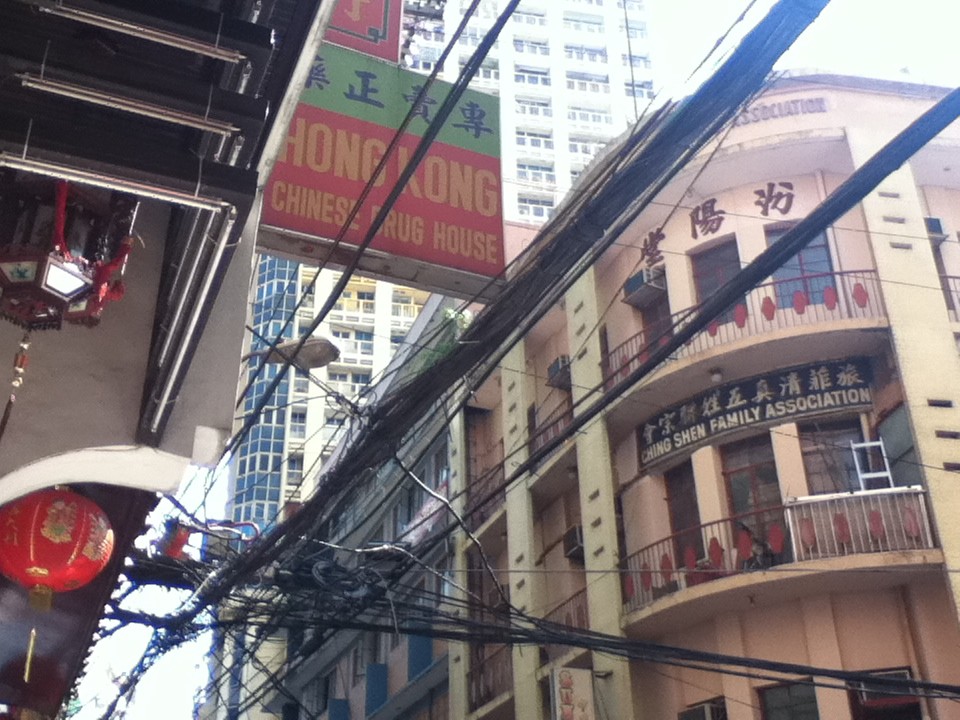 I had this marvelous idea for a photo essay back in college: the life of a Luneta photographer. They still do it the old way: with film SLRs around their necks, they'd ply their wares around the park, hoping that a visitor would want to have their time in the park documented for posterity. But with digital cameras (and the instant photography experts that come with it) becoming more ubiquitous, their way of life is pretty much facing a dead end.

Imagine: me photographing these photographers, using an SLR loaded with black and white film, and developing it myself at our very own dark room. Genius, right? In hindsight, I flubbed that photo essay - I still went to Luneta to take photographs, and even got to talk to some of them, but I could've done a few things better. Maybe make it more cohesive, maybe follow one photographer for one whole day. I was just too lazy to make it right.

I remembered that story yesterday, when a photographer offered to take photos of me and my cousins. We were in a restaurant in Binondo, celebrating my grandfather's birthday in a different way than usual. We'd spend the weekend on a beach, usually, but this time around my grandfather wanted to invite some friends along. We settled for lunch.

I was confused. I thought he was one of my grandfather's friends. So we obliged, and the next thing we know, we had to fork fifty bucks per photograph. We reserved four tables in the restaurant, and the other three tables said no. I guess we were too hungry to even think of what's actually happening. Our table was, after all, made up of dining room warriors. We treated the lazy daisy as if it was a hindrance.

There are only a few places in Manila where these photographers ply their trade. Either that, or I haven't been around Manila. But the city I know from my college years is one populated by digital cameras and scalpers, and not old men carrying vintage cameras for a living. It strikes me how different two places can be. Taft Avenue, for one, is chaotic, judging from the frequency of restaurants opening to take the place of failed ones. It's modern (look up, there's the LRT) but it's behind the times (look up, there's the LRT). Chinatown, on the other hand, is a more complicated proposition: smaller roads, Chinese signs, a different atmosphere. And you'll have to remember that this was the center of business before Makati came along.

Earlier that day I admitted I wanted to return to Hong Kong. Singapore, I appreciated, but Hong Kong, I didn't. "Nagmamadali kasi tayo," my mom answered, a succinct response to why I don't have that many memories of the Chinese city. And then we'd reach Binondo and walk from our parking space along the sidewalks of Ongpin to the restaurant, and I'd say, "mukha siyang Hong Kong."

I pretty much took advantage. The food was delicious - the President's here is still something compared to the "express" branches popping up in malls, not to mention the charm that comes with the building. I think the restaurant is located in an old theater or something. The stuffed chicken was my favorite - it's overwhelmingly big, yes, and it's really stuffed: sticky rice, pork asado, vegetables, calories of rich death coming a day after what idiots in my faith call Judgment Day. When I'm in a foreign country I make it a point to take in the sights and the food, and this, an hour's drive from my home, is no exception.

And then the crabs arrived. The lunch was really festive, and it eventually overwhelmed the warriors in my table, but I was feeling a bit impulsive. I'll eat crab, I said. Now, I don't usually eat crab - but I eat crablets, and I eat crab meat omelettes, and I eat fake crab sticks. Grown crabs in their shells? I find it cumbersome. Also, when I was a kid, during one of those summer vacations, I ate a crab and ended up developing rashes all over. Since then I figured I was allergic to crab - although that's not true, I guess. My mom says I got a rash from playing under the old mango tree that used to be in our backyard.

I took one of the crab's claws and dug through the shell to eat the meat. It was sweet. So that's what they mean when they talk about a sweet crab, I thought. And then I felt dizzy. I wasn't eating the fatty parts, but the smell made me want to throw up. And then I realized why I don't bother with whole crabs.
And your responses...