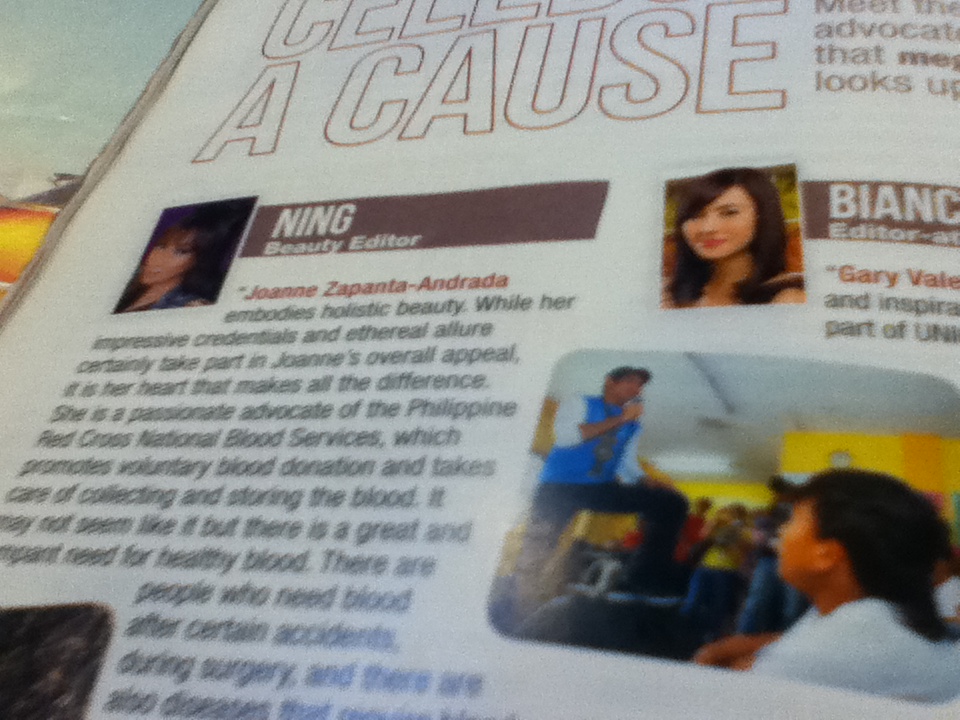 Obviously I'm not the sort of person who'd read Meg. I am male. I am not a teen. And I am definitely not fashion forward. So people probably looked at me weird when I picked up a copy of the magazine at Starbucks this afternoon.

Inevitably I'd be a bit interested in seeing Ning's work for the magazine. I still remember meeting her after her first job interview - partly the reason why I feel a wee bit of investment in her magazine career. That, and me watching her tweet about all the things she's done on Polyvore. And now she's Meg's beauty editor.

Not that I'd read her articles deeply. Again, I'm male, and I'm not a teen, and I'm not fashion forward. And I'm not the type of guy who'd buy all these face creams just to look flawless, mostly because I believe they'd never work on me. Just knowing that her name's right there kinda gives me that happy feeling.

Yes, I said that. I know, a part of me's still frustrated that my dream magazine career hasn't taken off, so I'm supposed to be jealous, right? What if I say I'm not?

Anyway, I was flipping through the magazine - that particular issue's cover was still getting to the really clean look I quite like lately - when I was that photo of her on that photo up there.

It's like her face was stretched down, way down. It's glossy and longer and other weird things. Obviously edited, something Ning herself pointed out.

A wee bit of irony that photos of magazine editors have to be airbrushed a bit. You'd flip through these magazines and you'd think these people have glamorous lives and glamorous faces.

Not that I'm saying Ning doesn't have a glamorous face, but you know that feeling when you see a photo of someone you've seen many times before and wonder why it looks different? "I like you without makeup," I told her, and I said that because, when you think of it, the lack of extras make her - and everyone, for that matter - look more real.

"I like myself without makeup too," she answered back.

Now, kids, listen to the beauty editor of a big magazine.
And your responses...