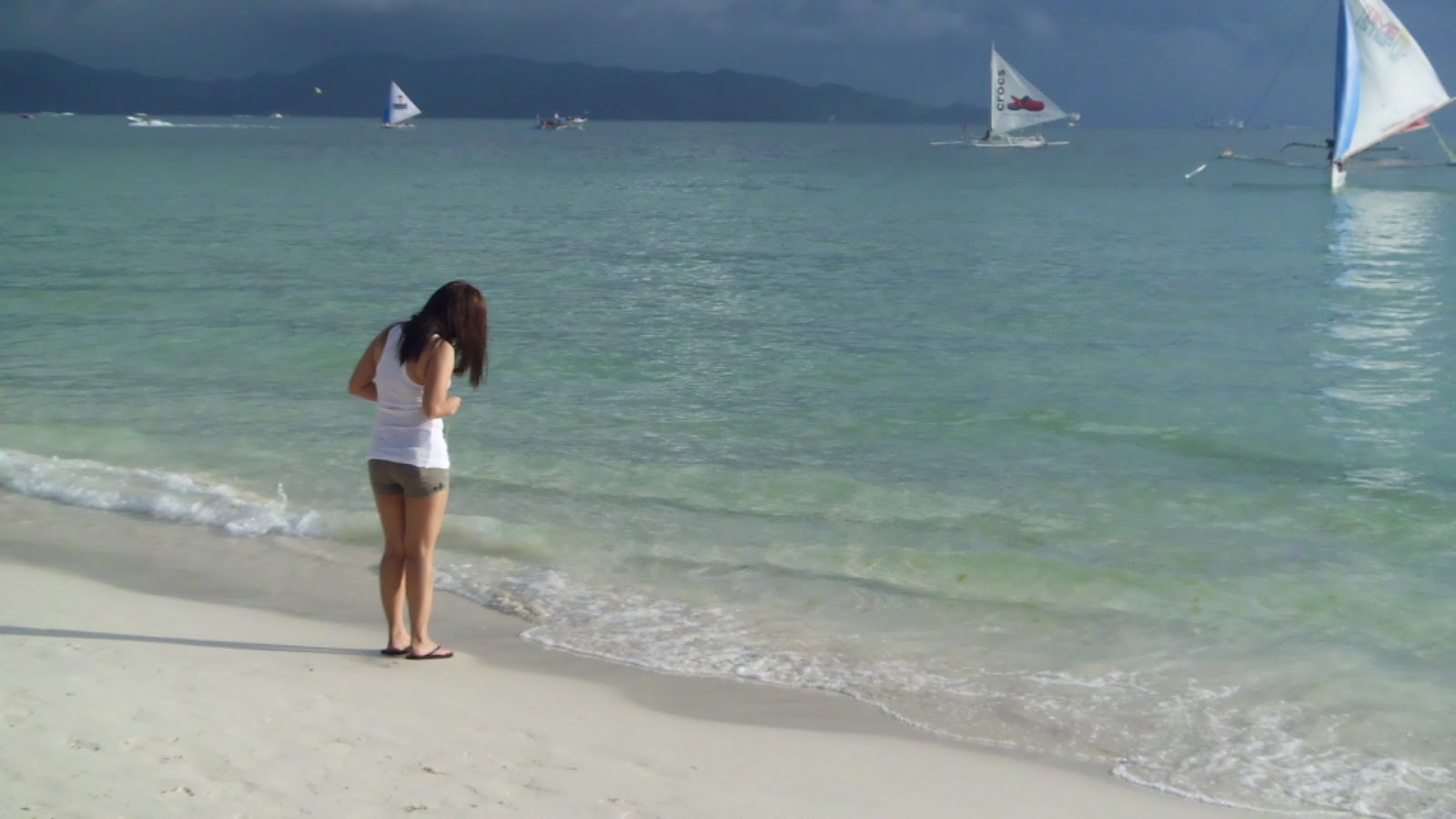 The first thing you smell when you hit the main stretch of beach in Boracay isn't the sea nor the sweat. It's the sunblock lotion, and it's not pleasant.

Sure, it's a necessary evil, and you get used to it eventually, to the point that your brain learns to ignore it completely, but once in a while you'll get a jolt of SPF something up your nostrils and everything feels sanitized again.

Boracay's a packed place, although it's not as packed as any of the EDSA revolutions. There are lots of people, especially now that it's summer, but you can still walk your way through, save for those times when a local offers you an island tour (it's probably illegal, the notice in our hotel says) or wooden sculptures. Yet the smell of sunblock reminds you that this is a place that lots of people flock to in order to lose themselves. You know, like the last time I was here, when I found myself in the middle of a swarm of Derek Ramsey fans. Now that's packed.

I'm here for a series of seminars; we heard most of it while abroad a ferry from Batangas to Caticlan, and today we had most of the afternoon free. Since we arrived in Caticlan a couple of hours late - the ferry can't find a docking slot in the pier, eliciting jokes that go along the line of "akala ko sa NAIA lang ito nangyayari" - I only really got to explore the beach today. Well, I could've done it this morning, but it was raining hard. Just like Manila, then: rain, sun, it's schizophrenic weather. Thankfully it was sunny at half past three, when the day's events ended, and the rain didn't drop despite this huge rain cloud you'd see from far away. It was darker than usual in the second half of my walk; when I heard the thunder go ka-bloom! the beachgoers all groaned with a hint of sarcasm.

I spent an hour and a half walking from my hotel, which apparently straddles the border between Station 2 and Station 3, to the middle of Station 1, and back, and back, and back. There really was nothing to see, though. Once you've been to a snatch Boracay's famous white sand beaches, you've seen all of it. Resorts and shops on one side; palm trees and tents on the other, and just a bit past that, the coastline, filled with sunbathing foreigners (a notable exception: Korean tourists, who seem to enjoy walking around more) and masseuses. And, of course, those vendors offering probably illegal island tours.

The only new thing I did is buy a drink at Starbucks. (It's not a new thing. But it did help me realize that the hotel I stayed in the first time I went here straddles the border between Station 1 and Station 2. No wonder it's that good.) That, and walk further than I have the first time. I told myself that I'd like to see what's beyond the thick bunch of trees that act as a sort of split between Station 1 and Station 2, but then I decided to go back, because really, there is nothing to see.

Well, there is one thing I was hoping to happen: bump into Kimmy. I knew she was here, and while I was on the ferry I was needily (yes, I'm using that term) telling her that I am headed to Boracay too. It's always nice to see familiar faces in unfamiliar places. Also, it would force a nice not-so-coincidence: me meeting two LC18 students in the two times I've been to Boracay, the first time being with Y2K.

Cue me walking around the island for an hour and a half. I know she'll read this and think I'm acting all needy. I have to meet Kimmy! Well, that is true; while I'm making new contacts here on the island - can't call them friends yet, it's a work thing after all - it's always nice to see familiar faces in unfamiliar places, especially if you consider the fact that tourists in Boracay all tend to look like each other. You haven't seen them before, but you swear you have. I don't know if I justified myself properly.

I did not see her. Too many people, perhaps?

"You're so hard to find." I am being needy again. "I'm not looking for you." Not working, Niko.

Apparently she tweeted me the same thing at half past three. I had that niggling feeling, but went for a walk anyway. At least I got my exercise? It was offset by that venti Starbucks frap I ordered. It was offset by the fact that the barista there spelled Niko correctly, without me telling. Maybe that's how they spell Niko over here. Maybe I should move here. Nah. I'm too insecure for that.

I'll give it to Boracay, though. The place my be crowded, but the beach is alluring, in the right place at the right time. I was walking along the beach when I decided to get my feet wet for once. The waves crashed in and suddenly, I couldn't stop.
And your responses...