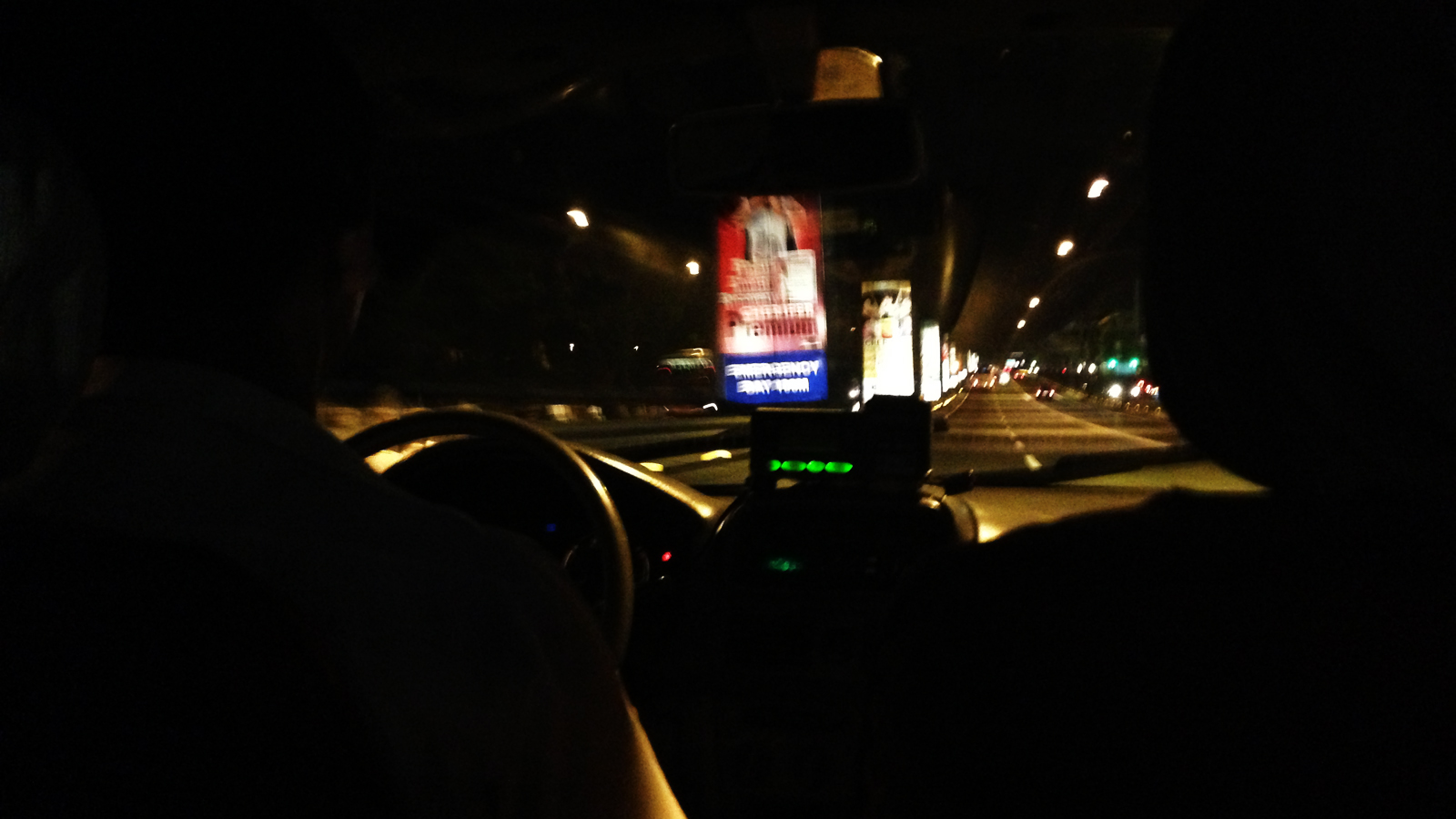 Some time during my ill-fated first three months in high school, I tried out for the school magazine. I was optimistic back then - "if they can do it, why can't I?" was the thought in my head when I entered the classroom to take part in the screening.

In hindsight, I was far too naïve back then. I thought I wrote well, considering the circumstances - I wasn't exactly prepared, working mostly with stock knowledge and whatever comes into my head - but I still didn't make it. Back then it was just a minor blow to my ego, since I was being bullied by virtually everyone, although I did think, "well, there goes the one thing I wanted to do in life." Right now, I realize that student publications is but just another way to separate the cool ones from the rest of the population, because only a few people can write monthly columns about being yourself while convincing your readers that you are sincere.

Come to think of it, I went through the exact same thing when I tried out, unsuccessfully, for The Lasallian during my frosh year. And that was worse, in a way, because you are expected to be knowledgeable about things and have an opinion and be good at convincing everyone that you're a harbinger of taste. Then again, my mistake was trying out for the Menagerie section, because I always thought I was better at writing features than hard news articles. That was obviously wrong. I only realized I was wrong when my friends from the publication were convincing me to join the news department, an offer I turned down because I was already a junior and I was busy with thesis and, admittedly, I didn't want to start at the bottom.

At The Lasallian I was asked to write, among others, a 50-word review of an album and a gadget. Considering I knew little back then, I was doomed to fail. I might have had better chances in high school, considering all that: I was asked to write, apart from a blurb on a current event, a blurb on something, uhh, feature-y. I don't know how to put it. I don't remember how they put it. "Write a sort-of feature", I guess?

I still clearly remember what I wrote for that assignment. It's an idea I'm still particularly proud of to this day: I wrote a mini-appreciation (considering the word limit) on school bus drivers. I was stumped for what to write, and then I realized that we were mostly students who went to school via L300 vans with the words "school service" painted on them. Why not, right?

But you know by now that I didn't make it. Apparently the editors didn't care about school bus drivers. Or dorks who write well, or at least have illusions that they write well, like me.

You also know that I'd be kicked out from that school three months later. Those three months were the only time I'd ever take a school bus. No, school service, because they're never buses, unless you entered Woodridge and had the chance to ride that huge, American-style, stick-out-like-a-sore-thumb school bus. I looked forward to those trips, and dreaded them as well. I'd see one of my crushes, a sophomore who did some modelling on the side and never really noticed me. (In hindsight, it was a template I followed without knowing.) I'd also have to deal with this other sophomore, a guy who had a habit of extorting coins from everyone so that he could play Counter-Strike after class. One evening somebody tripped me as I left the van when it arrived at my home; I'm pretty sure he was behind it. What I'm definitely sure of is that he put bubble gum on my hair. Yeah, those three months sucked. But you already know that.

It's been twelve years since and I've taken different modes of transportation to go to school and, eventually, to work. Colorum shuttles, buses, private vehicles - either I was driving, or I was being driven - and, lately, taxis, especially when it's late and I have to head home immediately. Exorbitant fares aside - and the fact that my living in the deeper south means I will have to all them to go off meter, and pay perhaps double than my legal fare, just so they'd take me - I like taking taxis, because you don't have to wait around, and you get to have a conversation with the driver, if you're lucky. Maybe I'll change my mind when I board a taxi whose driver moonlights as a robber, which is, apparently, more prevalent than it seems.

Just to be clear, I don't take taxis often. Only if I have to, and that's when I have a meeting that happens elsewhere, or a meeting that ends late, or - and this happens more often, or not as often, whatever - I hang out with friends and I end up leaving very close to midnight. That get-together with my coursemates at the Fort - I ended up leaving at midnight, which is a record, but an insignificant one, because they all left at four in the morning. (Who does that? Everybody, apparently, except for me.) I walked a pretty long distance (or I was tired) and it took me a while to find a taxi... until I found one just dropping a couple of half-Caucasian skaters. I literally blocked his way and, without speaking, demanded that he take me on.

"Kung hindi mo ako hinarang, 'di siguro kita napansin," he would later tell me as we cruised the SLEX. I just laughed.

My conversations with taxi drivers almost always involves him (faux-)apologizing for having to go off meter, and me being patronizing. "Naiintindihan ko naman, naiintindihan ko naman," I often say, tired and sleepy and anxious that I wouldn't get home. But once this exchange happens, you feel a bit relieved. At least he won't try to rob you. Or kill you. Or both. And then there'd be nothing - I'd be listening to the radio intently - until we leave the highway and I have to pay toll and give some directions. Getting into Alabang is confusing if you haven't kept track of all the construction that went on over the past two decades. Oddly, most of the taxi drivers I've talked to have no idea. Or maybe they want to talk. All that driving? Monotonous. I wonder if school bus drivers - school service drivers - have had this issue.

That taxi driver I got after the get-together at the Fort? He did well. He admitted that he wanted to talk to me because otherwise he'd be so sleepy he won't get me to my destination. It was, after all, almost one in the morning, and I think he's close to ending his shift. We had a pretty good conversation, I think, but it's been months ago, and I don't remember what we discussed.

These conversations would usually revolve around current affairs, especially if the taxi driver's listening to the evening news. The challenge for me here is to keep my opinions to myself - as much as I disapprove of the ever-growing dynasty of the yellows and their nitwit drone followers, I am not in the mood to argue. I mean, end of the day, sleepy, tired, anxious about getting home, you get the idea. When I last went to Singapore - the day I arrived, on my way to the hotel I was to live in for eight days - I had the chance to talk to the driver of the taxi I was in. Small talk about the weather (he said it was good that I brought an umbrella) later progressed to small talk about how well off the Philippines could be ("Noynoy Aquino, he's a good man," he said, and lying to him was so, so, so hard) and, amusingly, a rant about the River Safari, which had yet to open then.

"And after ten years we have to give the pandas back to China," the driver said. "Baby panda or not. I understand that we will earn lots of money from this, but why don't we just... give money to the poor?"

Taxi drivers, they get to see things we don't. (Yep, this is the point in the blog entry where I have a realization at par with the ones those columnists for student publications always seem to have.) We always take the same routes; they go to different places every single day, every 24-hour shift powered by energy drinks and coffee. And, maybe, other things.

One night - this is in Manila - I took a cab to bring me to a dinner meeting. On the radio was this report, probably investigative, on women who resorted to prostitution to earn - and are now seeing their earnings shrink, from a hundred bucks, to fifty bucks, to just some rice so they can feed their children. The media would portray this as a groundbreaking report; I found it a bit horrific.