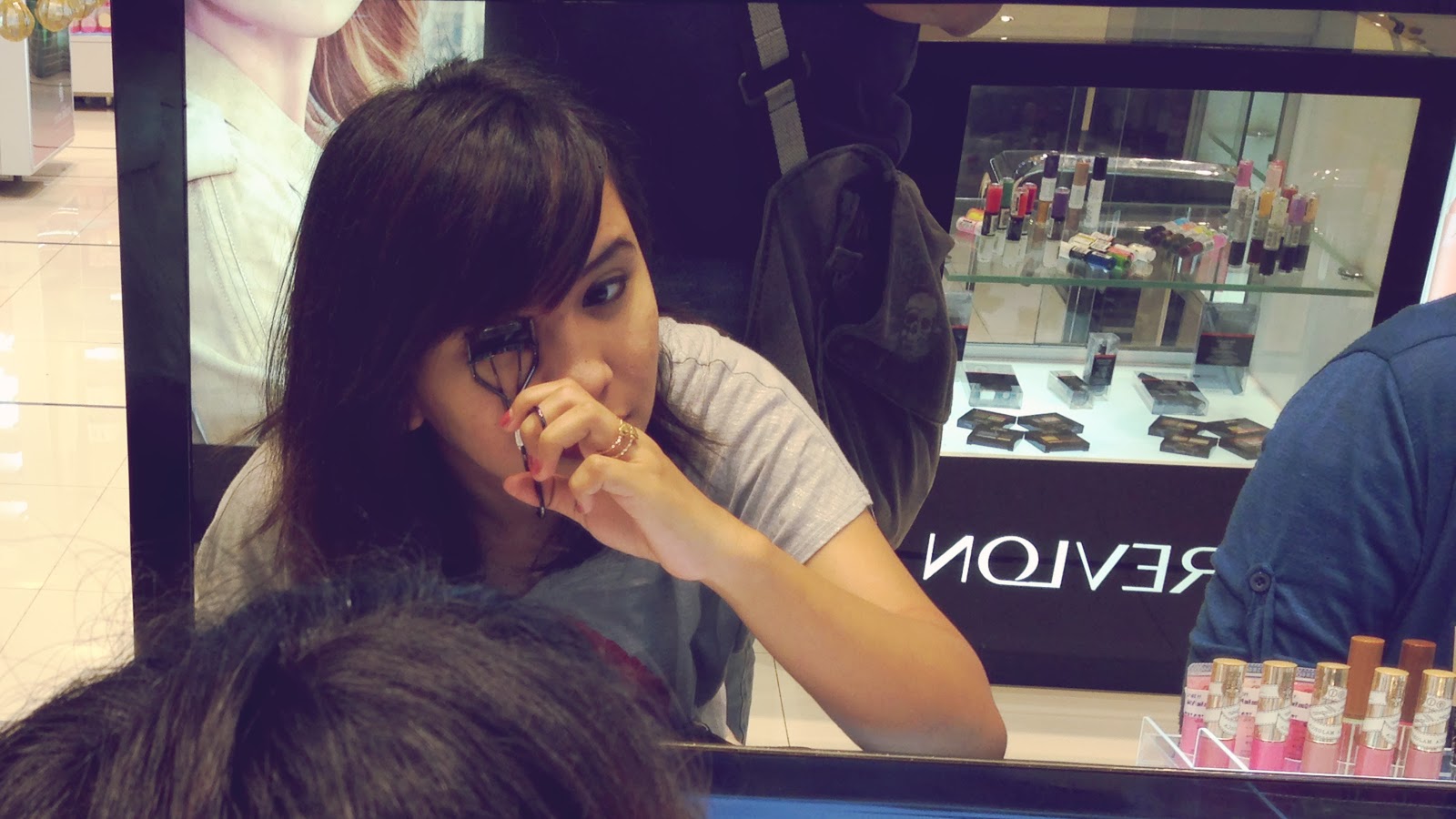 Having a girlfriend means learning to deal with the things girls do seemingly exclusively. I say "seemingly" because, really, they're not the only ones who often change their minds about things, right? I mean, I can also be terribly indecisive, which is why I'm writing this blog entry now, as a 24-year-old who's worked for five years, and not as an overly-confident 15-year-old.

"I'm a woman," Rainy told me earlier today, while we were at the supermarket, finding the place where they sell a comb. "My mind changes a lot."

I think we were talking about where to eat. Or whether she'd still buy some facial wash. See? I can't remember myself.

"This is why I prefer men," I quipped back.

I don't think I feel like explaining why I said that. To my girlfriend.

We meet at least once a week, going for lunch when her work week ends, which means she can afford to stay up later - or, technically, when she can avoid my constantly telling her to get some sleep. We'd grab some lunch - "Saan mo gusto kumain?" "Ikaw na, kanina pa ako nag-iisip!" - and then walk around the mall until I decided I have to return to the office. Not particularly romantic at first glance, really.

Lately the "walk around the mall" bit got itself a purpose. Rainy's make-up was running out, so I found myself accompanying her to, well, the make-up section at the department store.

Nothing new there, really. In the seven meet-ups before we got together - if we're being retroactive, we might as well call them dates - I accompanied her to the make-up section once, when she browsed for nail polish. (The photo in this blog entry proves exactly that.) She asked me about which colors would suit her. I don't remember which shade I picked, but I remember that my choice, as it turns out, didn't jive well with her skin tone. I'm only going with "don't choose yellow" because she's a bit yellow-ish, which is why I call her a Simpson. I think I chose something orange-y. Predictably. See? I can't remember myself.

Now she's run out of lipstick, so off to the department store we go. To the Tony Moly counter, to be exact.

These Korean make-up stores. No, I'm not going to rant. I'm just gonna talk about how weird it is to be in one of these places. Granted, I'm a guy and I never go to these places, Korean or otherwise. Being in a boutique is one thing. Everybody buys clothes so, whether you're in Forever 21 or Surplus Shop, you don't really feel that alienated. Being in a make-up store, on the other hand, is essentially being trapped in a room full of mirrors, badly-placed lights, and rows of pressed powder and wax sticks. (They are wax, right?) Some of them will have the word "tester" on it and you'll chuckle because you're a guy and you're naturally green.

Now, Korean make-up stores have one more thing: an absurd need to be cute. Rainy was testing out some lipsticks at Tony Moly and I was amazed at how striking the packaging of Tony Moly's stuff is. Bright colors and, okay, okay, cute Korean characters. Am I being discriminatory in saying this? The Korean alphabet is cute. All lines and circles; they look more like abstract art than, say, the Chinese alphabet. One, that is discriminatory. Two, you will all disagree with me.

And then Rainy would come to me and ask me if the lipstick color suits her. I'd squint, try to figure out what the difference is - you know guys, we only know, like, seven shades of color - and say, "masyadong bright." And then I'd go around looking at the products, and see something that's clearly labelled for men - sometimes you wonder if the Korean men on the boxes serve to attract male users or fawning fangirls - and think, "would that suit me?" And then Rainy would ask me again.

At least Tony Moly appeals to my modern-for-the-sake-of-modernity sensibility. Etude House, on the other hand, is too pink and too cutesy and too, well, too girly. Rainy was trying more lipsticks and I was staring at the mirror and pondering if this is really my future. So this is why guys don't like accompanying their partners shopping. But then again, I don't have the urge to avoid it all. Well, until the smell of all those wax sticks get to you and you silent pray that you both get out so you can breathe again.

Sooner or later, though, you get the hang of it. Another day - technically, Friday night - and Rainy was asked to buy some liquid mascara for her mother, which meant she had to test it herself, and as she stared at the mirror putting things on her lashes, I said to myself, "well, that looks good on her." And then she said the exact same thing. "Bibilhin ko 'to!" she told me, which ended, as always, with me pointing out that she's broke. As if that stopped her from buying pressed powder in a cat-shaped case.

So I felt terrible myself when, on a date night that felt a little off, she lost her entire make-up kit, while buying a new cardigan to replace a cardigan that she just lost minutes before. (Well, you do need a jacket if you work in a call center, what with the freezing temperatures and all. Doesn't change what I said about this before, though.) Perhaps it's also because the kit was where the Stitch keychain I bought her from Hong Kong went, but you know girls and their make-up kits.

"Baka sa Bench mo nawala," I texted her. "But I think it's at Mercury."

She didn't find it there.

I said I'll try to find it - a tall order, since a mall has janitors and needy people, and the space between the mall and her workplace is pretty huge - but, then again, I got lucky when I went to where she bought the cardigan and found out that she left it there while digging for her wallet.

"Basta dito naiwanan, hindi mawawala 'yan, sir," one of the staff told a tired, heaving me.

Well, I was also glad the Stitch keychain didn't go. And the make-up, too. It would've been a chore to have to buy all of those again: lipstick and lip gloss and mascara and blush-on and face powder and why do I know all these things? And I felt a bit smug, too. Nicksy, a hero to Rainy. Kinda. Finding her make-up kit. Kinda.

So I signed off on their log sheet, put the kit in my bag - man, that was damn heavy, it really was - and went home, not knowing that half a week later, Rainy would tell me, before we head to the supermarket to buy a comb, that two of her lipsticks have gone missing.
And your responses...

for the record I only use powder lipstick AND an eyeliner. No blush-ons :P