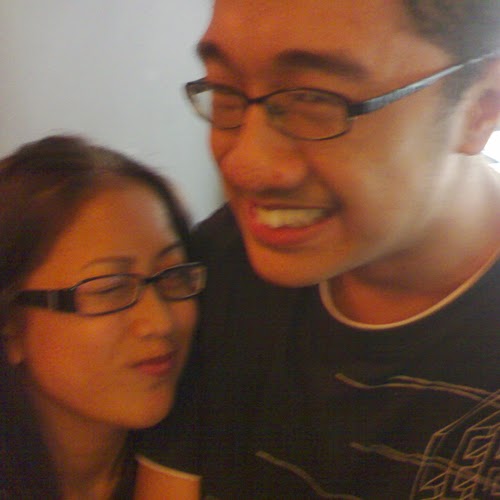 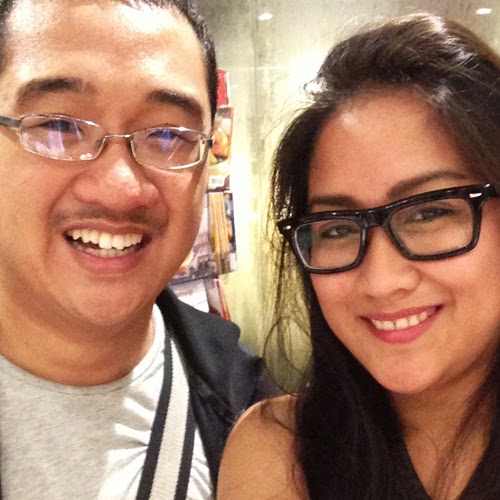 The first time Chex and I met, I was a college junior worrying about our ill-fated newscast project, and she was bent on introducing me to Klondike, among other things. I haven't had an idea what to buy at Starbucks, and she treated me to a mango frap thingie, which explains why my first (I think) Starbucks cup has the name "Cheska" written on it. Spelled right, mind.

We've tried to meet a bunch of times since. Once we arranged to meet after class; I ended up waiting a couple of hours only to realize that she was trying to text me that she can't make it. Then time caught up with us. I graduated and started working and she, well... let's just say we sort of lost contact. I mean, sure, we probably talked a bit about Facebook, but that almost always does nothing.

Roughly a couple of years ago, I was at Fully Booked at the Fort when I saw what I thought was a familiar figure. I wasn't so sure, but hours later I realized I likely saw Chex. And yes, it was her.

Okay, so I'm making Chex sound like she's trying to avoid me, and that isn't the case, because I'm pretty sure there was a time when I had to issue a rain check. And that was a few months ago, when we both were in Alabang at the same time, and we just couldn't make our schedules click. That must've happened a couple of times.

A month ago, we finally snapped the streak. I was fresh off the Lindsey Stirling concert, and she was waiting for her boyfriend, like those many times when she was in Alabang. We inevitably met at the still-on-soft-opening Fully Booked store nearby. Insert usual observation about how much has changed in the six years in between our first meet-up and our second.

In theory, that shouldn't fit, because, well, let's face it: Chex and I aren't the closest of friends. She's one of the people I met online, and typically, I end up talking to them a lot more than I do my real friends. You know, the friends you actually meet, it's harder to keep up the pretense of being actually interested in them, and yes, it's likely I say this because I never really had a go-to group of friends. (Or friends in general. One of those days.) So no, I cannot definitively say that a lot has changed, even if things obviously have. We're both working now. She's now a mother. I'm now a boyfriend. We talked about the past then; we talked about the future now. You know, the sort of thing that comes when you grow up six years and see a bit more of the world.

Actually, I'm only writing this blog entry because of the two photos up there, at the beginning. Apart from the lighting and the image quality, there are really subtle differences - and yet you really see them, and you get drawn to them, and, at least in my case, you wonder what those six years has done. For longer than the president of this country is supposed to be in power, a lot has happened.

And yet, when we chatted and I found myself keeping up with my slang-y English, what with her San Francisco upbringing and all - and yes, this is another one of those usual observations I am not precisely entitled to make - you realize that not much has changed. For one, I still look like the old father and she still looks like the rebellious, if not slightly hippie, teenage child. And I still smile terribly.
And your responses...