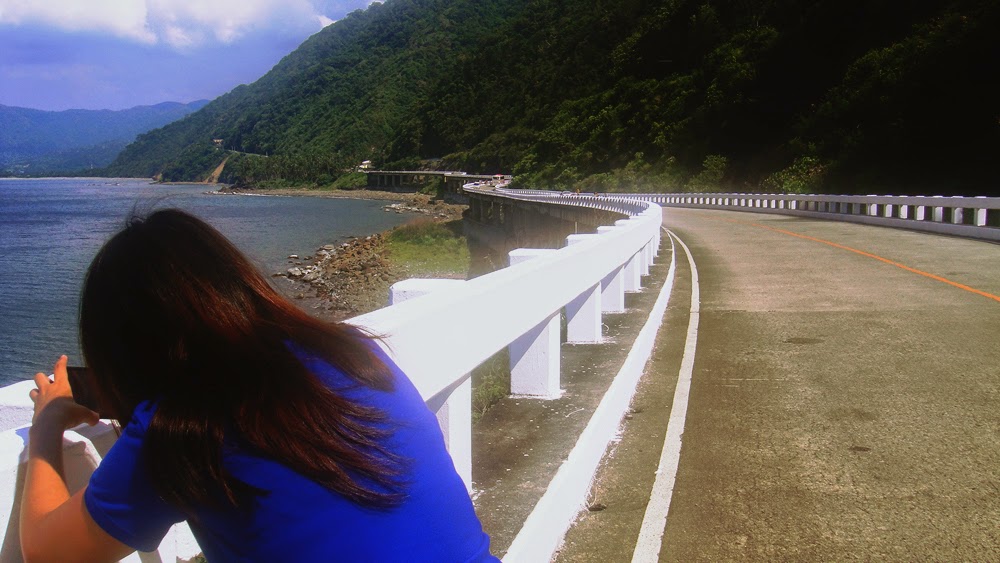 Just days before I took off for Ilocos, I was wondering why, all of a sudden, everybody I know was either planning to go there, or was already there, or was interested in going there. Since when, I wondered, did Ilocos suddenly become an urban tourist's darling destination?

I say this because, frankly, I never really saw anything very sexy about Ilocos. Don't get me wrong. I like the place. I like the way it's in touch with its past while presenting a modern face. I like the way it's defiantly taken a hold of its own culture, despite the seeming homogenization of most other places in the Philippines - just take Boracay being no more than a playground for spoiled Manila brats. It's just that, well, I've been to Ilocos many times, and while the visits aren't regular, the sights are still familiar. It's a place I, for some reason, call home, even if I don't remember any of my distant relatives there.

My grandfather was born in Ilocos, specifically in the town of Dingras, in Ilocos Norte, half an hour away from the capital, Laoag. His father owned some land there - it's been the case for so long, the documents are written in Spanish - and, up to now, his relatives live there, in a simple two-storey home by a narrow road. I made my first trip there when I was around seven - during Holy Week, like everybody else - inevitably falling asleep throughout the twelve-hour drive. It was there where I experienced picking tomatoes for lunch, although I always picked the white (and definitely unripe) ones, because they looked so pretty. My father's cousins would slaughter a whole goat the whole day and serve every part for dinner. One day we would swim in the river - somewhere in Sarrat, I think - where we'd rent a makeshift shelter made of bamboo and spend the whole afternoon there, us kids swimming, while my grandfather and his nephews looked for crabs to serve.

In theory, though, I should be in Ilocos as a tourist, and not as a relative. I don't speak a word of Ilokano. My few conversations with my relatives from Dingras end in awkward pauses, because there is quickly nothing left to be said. If anything, my connections to the region are flimsy at best. And, if anything, I enjoyed the long drives more.

My last visit to Ilocos was a good eight years ago. We had family friends on tow, so I was there as a tourist more than a relative. I've seen the churches when I was a kid; the preserved body of the late Ferdinand Marcos is nothing new to me. But back then those stops were just secondary to catching up with a family I don't know much of. Now it's pretty much the whole point of going there. The windmills in Bangui are a majestic sight, especially when the wind blows strongly and renders the whole thing operational. The beaches in Pagudpud are as relaxing as most other beaches in the Philippines (the exception being, well, Boracay). And that trip marked my first time to Vigan, and I finally saw the Spanish-era buildings preserved like a photograph, spoiled only (but mostly) by decidedly modern souvenir stores.

This past weekend I returned to Ilocos. A company trip this time, so there's a bunch of differences to my previous visits. We're now traveling via bus, so my father does not have to drive the whole twelve hours through. Actually, eight hours, in this case, since we're traveling at night, and a couple of road projects dramatically shrinking travel time to the north have been opened. And, this time, I'm definitely a tourist, although my only advantage is that I've been there, and I know what's there to see, and what's there to try. Still, definitely a tourist, considering how we chuckled at the fact that pekpek and bayag - crude, rude words in Tagalog - actually mean "packed" and "slow" in Ilokano. (Besides, I have to play the tourist card too, because Rainy is also there, and she's never been further up north than Paniqui, Tarlac.)

There are still a few things I haven't seen and experienced in Ilocos. Surprisingly I've never had the famed Ilocos empanada, a delicacy off Batac, an orange pastry filled with egg, Ilocos longganisa and green papaya. I haven't seen the Kapurpurawan Rock Formation, a sand stone almost-carving in the town of Burgos, which you get to by walking a good half a kilometer from the nearest access road. The sun is sweltering, and the tourists with their selfie sticks even more annoying, but the views are beautiful in an oddly jarring way. On one side, you see the sea, the big rocks, the Kapurpurawan itself. On the other, the mountains, dotted by more windmills, still under construction and yet to be opened.

Right there is, perhaps, the newfound appeal of the Ilocos region. It is, again, a place with a strong sense of its past and a hopeful outlook towards its future. Its isolation perhaps helped - Vigan and Laoag's narrow roads and low-hanging electric wires pretty much stopped our ultra-modern bus from going places - and so did the preservation of most of its historic sights. The churches in Paoay and Sarrat have stood there for hundreds of years and have maintained its place as the center of town life. Much like Cebu, it has a firm grip of its culture, a fact best seen in its language, but also in its cuisine - the original pakbet has no squash, they would repeatedly insist, so much so that it seemed weird to be in a restaurant that serves the dish and be asked, "kalabasa, gusto po ninyo?" It is, in many ways, a more definitive vacation that shorter (time-wise) trips to, say, Batangas or Zambales or even Boracay. Those places have things you've seen over and over again in Manila. Ilocos has it too, but it has to jostle for space with what is already there.

At the same time, Ilocos is a forward-looking region, as seen in its windmills and its bridges and the general sense that, in a way, things are much better here than in Manila. But that pride is dependent on the recent political climate in the two provinces that share the Ilocos name. Regional identity are just not strong enough; you need people to represent them, and it happens to be, well, these political dynasties. In Ilocos Sur, two families - the Crisologos and the Singsons - dominate political life; Vigan has, for a tourist attraction, a museum dedicated to the province's former congressman Floro Crisologo, complete with graphic images from 18 October 1970, the day he was murdered while waiting for communion at the historic Vigan Cathedral. And, of course, there's Chavit Singson's little zoo of sorts, Baluarte. "Everything is free," the signs say. "From Governor Chavit Singson."

Ilocos Norte, on the other hand, has, of course, the Marcoses. Most of the things you see in the province is due to a Marcos, whether it be Ferdinand, who was a representative of the province before entering national politics, or his song Bongbong, who was its governor before being elected as senator in 2010. The windmills were built under Bongbong, the tour guides would remind you. Fort Ilocandia was built under Ferdinand. Laoag International Airport? Also under Ferdinand. As the story goes, both were built to accommodate guests to the 1983 wedding of his youngest daughter, Irene, and real estate scion Gregorio Araneta. Apparently, Imelda Marcos was irked at not being invited to Charles and Diana's wedding, and decided to outstage them.

Most of Ilocos Norte's museums are dedicated to the achievements of Ferdinand Marcos, perhaps the most important Ilokano in Philippine history. I was born three years after he was ousted from power - the first People Power Revolution, in EDSA and other places, a final response to the corruption and violence that marked most of Marcos' twenty years in power. All I knew about him then was how he declared martial law and put clamps on our constitutional liberties, all in the pretense, as it turns out, of squashing a communist insurgency. Only later would the ill-gotten wealth - all of which we've yet to recover - surface.

But the museum in Ilocos Norte portray him as a brilliant man: a visionary leader, a doting father, a principled Filipino. Much play was made of him passing the bar exams with a record score of 98.01 percent, but the bar had him retake the test - twice - thinking he cheated. He still topped the 1939 bar exams officially, but with a less astounding score. There's also talk of his eleven-day courtship of Imelda Marcos, the "Rose of Tacloban", now immortalized among music lovers of a hipster persuasion as a David Byrne and Fatboy Slim song. "Marry me now and I'll court you forever," Ferdinand supposedly said, a quote decorated with a replica of the very brand of butong pakwan Imelda was eating at the halls of Congress.

And, of course, the many things built under Marcos' watch - the supposed symbolism of the shape of the San Juanico Bridge, connecting Samar and Leyte; the Cultural Center of the Philippines, Imelda's crown jewels; even the very highways I took to get to Ilocos Norte - all these things that brought the Philippines to modern times. If not for Marcos, they all seem to say. If not for Marcos.

The conversation surrounding the Marcos legacy nowadays revolve around two thoughts. There are those who see him as the best thing to ever happen to the Philippines - people like my grandfather, who have seen the country before and after his two-decade rule. (A part of me still thinks its his Ilocano pride showing, but I can't dispute what an old man has seen.) And then there are those - mostly people who were directly affected by the worst of martial law, and arguably, those in power now, bent on keeping the status quo in their favor - who see him as the worst thing to ever happen to the Philippines, a man who perpetrated abuses while siphoning public money to fund his family's and his cronies' lavish lifestyles. (And yet, at the Malacañang ti Amianan, a signpost that says Marcos lived a simple life!)

As I write this, I notice people are talking again about how Marcos should be remembered - about how the younger generation are seeing him as a great man, forgetting the evils he's done, that sort of thing. It's a folly of an argument, I think; it assumes that my generation is dumb, that we cannot decide for ourselves, and that we need to be spoon-fed what we need to know. Does it have to be just black or just white? Can't we live with both? I don't know if anything is more Marcosian than assuming we will easily take progress over freedom.

Yeah, that sounds very much like Imelda Marcos, and her thing for, in her words, "the true, the good and the beautiful". And yet I overheard a visitor leave Malacañang ti Amianan - the Malacañang of the North, a house built on the shores of the Paoay Lake - having seen all that is true, and good, and beautiful about Ferdinand, and then tell his family, "kasi si Marcos, kinurakot niya 'yung pera ng gobyerno."
And your responses...

The only thing I dislike about going to Ilocos is having to see, after being there several times, those erroneous English sentences written on those big tarps and billboards depicting the greatness of Marcos left unchanged/ignored over at the Marcos Museum in Laoag and at Fort Ilocandia.

The last time I went to Ilocos was when I was a year old to visit my great grandma's hometown. Reading about the place, thanks to your post, makes me want to go back there someday.