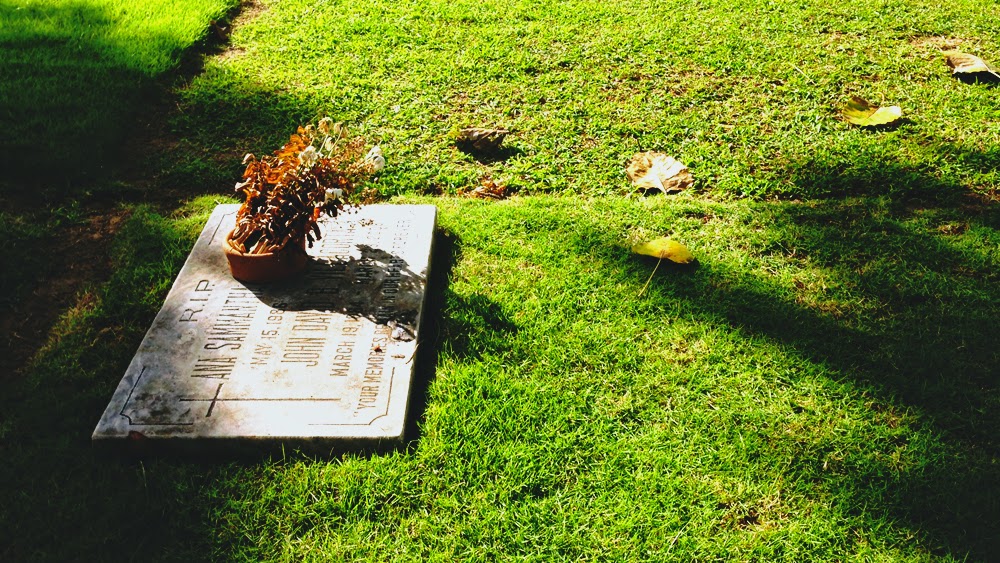 "Ito ang aking lupain!" I was imagining myself telling Rainy those words. Or maybe I actually did say that. It's entirely possible that I did say that, that I wasn't daydreaming, that I was, instead, remembering something.

Last May I was at Pico de Loro, with my grandfather (my dad's dad), my grandmother (my mom's mom), my aunt (my mom's sister) who was in the country for her biennial vacations from her job in Chuuk, my cousin (my aunt's daughter), and, well, Rainy. We had no choice but to cuddle in a bed for one.

At the end of the overnight stay, I ended up getting a day off work. Sort of a benefit of having your dad as your boss, really. Then again, I had errands to do. He couldn't drive his dad back to his home in Caloocan, so I had to do the driving. And I also got to drive Rainy home, too, or at least somewhere close to her home. We ended up spending another night at our other home, the place where my sister stays, most of the time, for her work is of a flexible nature and is nearby. We had no choice but to cuddle in a bed for one.

It was my first time driving to Caloocan, and while I knew where I was going, I was still nervous. I'm driving on a busy road filled with trucks - still filled with trucks, despite the truck ban the Manila government foolishly imposed on, among other places, the ports - in the middle of the afternoon. Heaven knows what I might do wrong. Heaven knows I'm paranoid, so I spent a good half hour mapping out the itinerary in my head. Roxas Boulevard. R-10. C3.

But my grandfather had other ideas. First, he wanted us to drop by Loyola Memorial Park, so he could say hello to his wife. My dad's mom. My grandmother, who passed away three years ago. Then there was a trip to Merville, where my uncle lives, and where he's stayed occasionally since the death. And then, Caloocan. And, for good measure, Quezon City. I had a girlfriend to drop off.

"Ito ang aking lupain!" I might have told Rainy at Loyola. Legally, the land is mine. Two plots, roughly five square meters each, good for up to four departed loved ones. My dad bought it half a year before my grandmother died. I was working at home then, so it was easier for me to drop everything and accompany my dad to some old office building deep inside Makati. He was buying some land at the cemetery, off some guy who bought them decades ago, but is now living in the United States - and, well, why return to the country you left out of a lack of hope to be buried? I had to sign the papers, because the land was going to be named after me. I mean, when my parents die, I'll be the one coordinating things. This is where they'll be buried. Heavens forbid that happens soon.

I was pondering that - the fact that I "own" land, I mean - yesterday. All Saint's Day, also known as the day when we all collectively remember our departed ones and clog the roads to the major cemeteries. Luckily for me, this meant Loyola Memorial Park. There were a lot more people than usual, of course - a lot more tents, a lot more people selling pizza and ice cream - but it's still no North Cemetery, which is chaotic during the first two days of November. I haven't been there on those dates. The one time I was there was when my great-grandmother - my mom's mom's mom - was buried, and just getting to her final resting place was an effort. I mean, it's hard to get around. All those tombstones.

And yet, despite that and all the television footage, I can't imagine how it's like being there in November. Instead, there I was, seated on the most comfortable chair my relatives brought, thinking that, yes, I "own" land. "Ito ang aking lupain!" I told my sister. "Sinabi ko dapat 'yun kay hun."

There I was, on the hot seat, being figuratively (or maybe literally, I don't know) pursued by a senator who wants to look good. "Ano ang purpose mo sa lupaing ito?" he'd ask.

"With all due respect, Mr. Vice President, I think it's a private resort!"

Well, it is a private resort, somehow. We had a tent. We had two tables set up there, with plastic containers, and lots of it. Rice, adobo, rice, menudo, rice, some vegetables. Later in the day, my aunt would arrive bringing her tuna pasta (complete with chili flakes, which I appreciate the most) and boxes of toasted siopao. My, err, land sits beside a tree, so we end up taking over that space, too, for coolers and some shade for the fickle weather, sunny one minute and rainy the next. And we'd all be there, chatting, squished in that small space - and the adjacent empty plots nearby - taking care to not step on the newly-planted grass around my grandmother's grave.

It's a bit poetic, really. We are a crowd, and there's a big, rectangular hole in the middle. She's not with us, but she's with us. And it will be the case for the next few years, until we all grow old and die, and our descendants will not know who my grandmother is, and not bother to visit because, well, who is she, really? Apart from sharing last names, there is nothing.

I visited my grandmother's grave many times before. Every time, I look down at it, and I feel that it's a pretty small space for someone I spent over two decades seeing, standing up, sitting down, chopping vegetables, and laughing at the smallest things. How does all that fit into that small a space? Heck, when I saw her in a coffin - sleeping, to go with the euphemism - she was still big. When she was finally laid to rest, when the coffin was opened one last time, when I saw my father grab her hand and stroke it, and shed tears as he said his last goodbyes, she was still this big presence. And now, she fits in this one small plot of land under my name. And we'll all end up there - all of us, all that we do, all that we meet, all that we make. Five square meters.
And your responses...