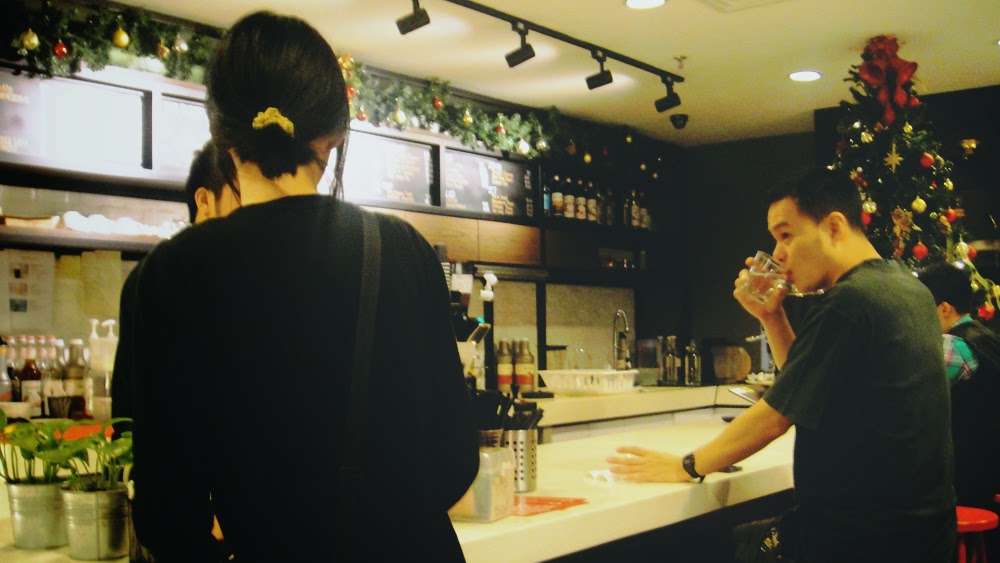 "One last awkward question," I asked Zaty. "What do you look like?"

This is a valid question. I, arguably, do not know Zaty. I know her as Rainy's friend, an online friend of hers, a long time online friend of hers. They've been talking for five years or so. You can argue she's had something to do with why Rainy and I are together, but I wouldn't delve into that.

If there's one thing I knew about her, it's that there aren't a lot of photos of her online. I'm not suggesting she's a celebrity whose face can be easily conjured up with a keyword or two. She's just not uploading anything. Her Facebook profile only has two images of it. Her profile photo's an illustration. The only other photo in there, where she's tagged, has a stick figure hastily drawn in her place.

"I don't have any pics with me right now, so, uh, I'll be the one five-foot-four, underweight," she added. "Well, this is a hard question."

Of course finding her, eventually, wasn't difficult. I've done it before. The only difference was, this time, it involved me being in a different city, in a different country, looking for a place I have never been to before, looking for someone I have the flimsiest reasons for meeting: I was sending a bunch of gifts from Rainy (and me, because I insisted on putting everything in a box). Well, wasn't that awkward. Friends for five years, and their first ever physical contact, so to speak, is through a proxy.

Yet we talked as if we were the ones talking for five years. It felt weird to me, but then, I love a good conversation. Or maybe I was giddy about having someone recommend me a good place in a city I've never been in, a city I might not go back to by a long shot, a city whose mish-mash of cosmopolitan references and headstrong values make for a heady, interesting vibe. Well, the sushi was good and the wasabi set off a few alarms, and I surprisingly didn't eat much, even if I love sushi myself.

This time of the year everyone wants to look back and, maybe, pat themselves in the back for being awesome, in increasingly arbitrary - well, not always, but you know what I mean - reasons. For one day, we forget to move forward. Yes, I know I am trying to connect this whole (tired?) making-a-new-friend trope into a relatively momentous occasion, but, you know, I thought, that was fun, doing something new, relatively, on a day when people usually give themselves a free pass not to - even if it's complete coincidence, because this was supposed to happen on Monday afternoon, if not for the bus driver taking longer than usual to make the trip from Singapore.

Also, we took a selfie, but I won't be uploading that. Only Rainy gets to see it.
And your responses...