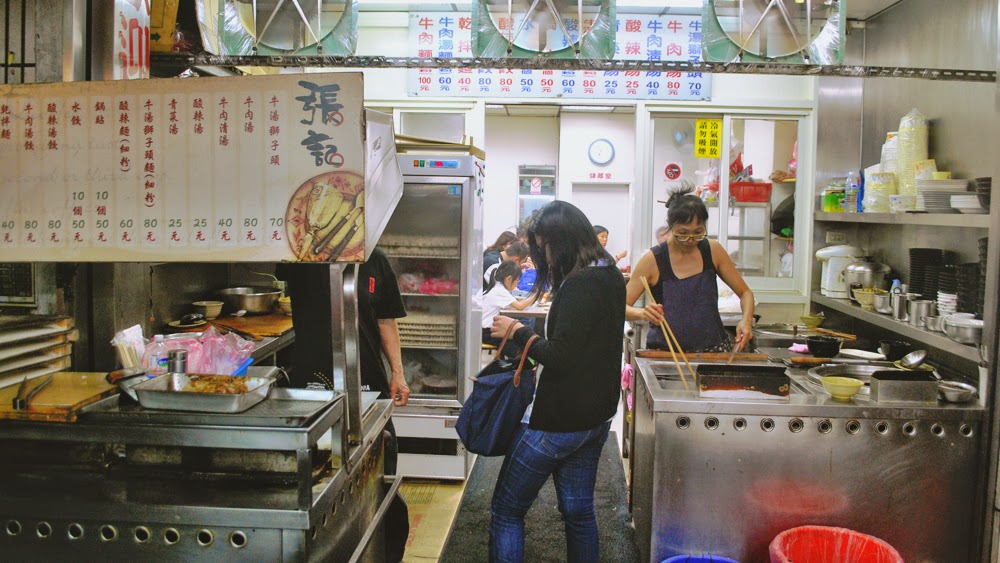 Jackie has been in Taipei for almost six years now. She moved here to study - a scholarship, if I remember correctly - and later worked for one of only two English-language newspapers in the city. She did everything there - write, edit, research - and while the hours were long, the work was fulfilling. Yet, she moved jobs after three years, and now she works for an industry group composed of industry groups. It was a better opportunity, she thought.

The hours, she says, are regular, which she likes. At least now, she says, she has a handle on her time. She could leave work at half past five and do whatever she wants after, as opposed to going home at one in the morning, long after the issue she's been working on has been sent to the printers. And then there's her enviably short commute: she only has to walk from her pad to her workplace, both in the middle of Taipei's financial district. It only takes her eight minutes.

Of course she's settled in to the city's rhythms nicely. It's not that the hurdles are big, since she can speak Chinese and thus can easily navigate her way. But things were, of course, much harder when she just moved in. She says of thinking of returning to the Philippines a few times, but then deciding to press on. She's a pragmatist, more or less. If she returns home, she says, will she be able to get a good job, especially one that has good hours and allows her to do what she wants to do? Before leaving for Taipei, she worked for Eat Bulaga! - and those involved many late hours, even if the show was on at midday, six days a week. There were stories of her going home at three in the morning, or maybe I am just making that up.

So here she is, almost six years living independently in a country other than her own. She does her laundry, tours her friends around, and does some baking when her friend's oven is free. She's close to getting permanent resident status.

Jackie has every reason to mock me. Jokingly mock me, but still, mock me. 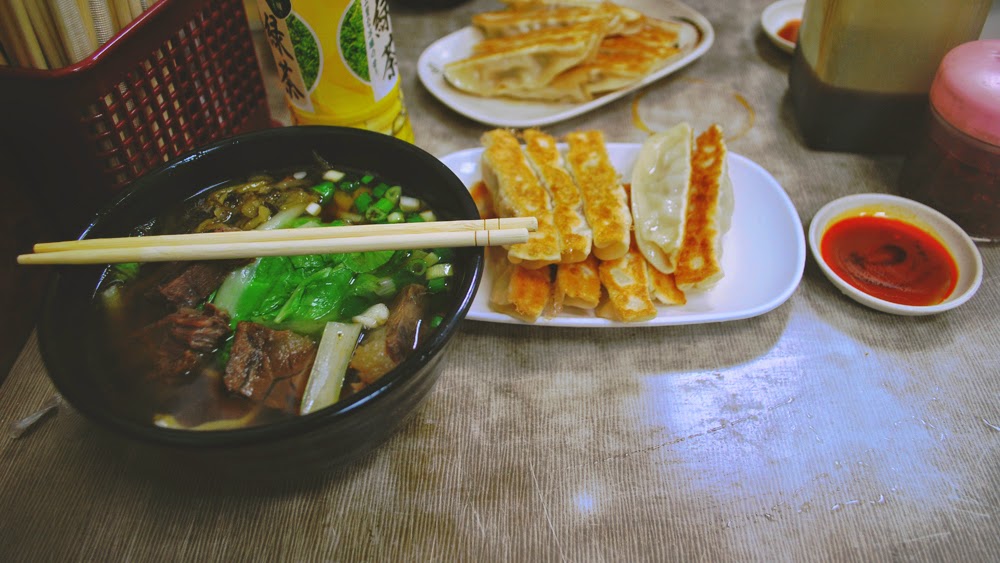 We are in a noodle shop somewhere off Ximen MRT station. It's tucked in an unmarked alley right across Zhongshan Hall, the former home of Taipei's government, and the place wasn't quite full of people despite the fact that it's past six in the evening. She knows the owner of the place. She wrote about it in the newspaper one time, and liked the place so much she continued to visit it, even bringing visiting friends there. You bring your own drinks - I bought sweetened green tea at her suggestion; she had her own drink from the office - and make your way for the beef noodles and the potstickers.

Everybody says beef noodles are your entry point to Taiwan's cuisine, but that's not the case for me. I'm having my first bowl of noodles on Friday night, the penultimate night of my trip to the country. Since arriving four nights prior, I already had stinky tofu ("fermented bean curd," as my hosts put it) and pig's blood cake ("rice cake," as my hosts put it - I wonder why they end up sanitizing these things for me) and pepper buns and almond milk and xiao long bao, which I finally managed to eat without making a fool of myself. But that's with people who aren't exactly in my wavelength, and I felt much more at ease when I was navigating the city's trains and walking its sidewalks, taking photographs and making sense of the many, many stores that line it.

That's why I've been looking forward, so much, to meeting Jackie. We haven't seen each other since, well, five years ago. Then we were stuck in a coffee shop, trying to get proper wi-fi, talking to Lau, who had just moved to Sydney then, via Skype. It's nice to catch up with friends, especially people you haven't talked to for ages, save the occasional tweets, which we now all know do little to advance friendships. Really, meeting her is the only reason why I decided to go to Taipei. That, and the chance to navigate another city by yourself, something I haven't done a lot of, because of circumstance.

Taipei is a small town wearing the clothes of a big city. You know it's rich and prosperous. You see it in the city's love for everything Japanese, and in the train system that somehow manages to not be crowded during rush hour. But there aren't many tall buildings, and despite that, Taipei 101 isn't the dominant presence in the city's skyline like the Petronas Towers are in Kuala Lumpur. And save for a few places - the night markets, the similarly tucked-away bars, and the 24-hour places, including that bookstore that went viral - the city mostly goes quiet by ten in the evening. It's a fascinatingly charming place, in part because it's just hard to penetrate. The locals can speak English, but they wouldn't do that by default. You think you make sense of it, but you just know there's a lot still hidden underneath.

Couple that with the people I'm with, and the fact that I left for Taipei a day after I arrived from a four-day company outing in Bohol, and you know why I really needed something familiar and comfortable. In this case, it's Jackie. I know, I know, she'll mock me again for saying that. 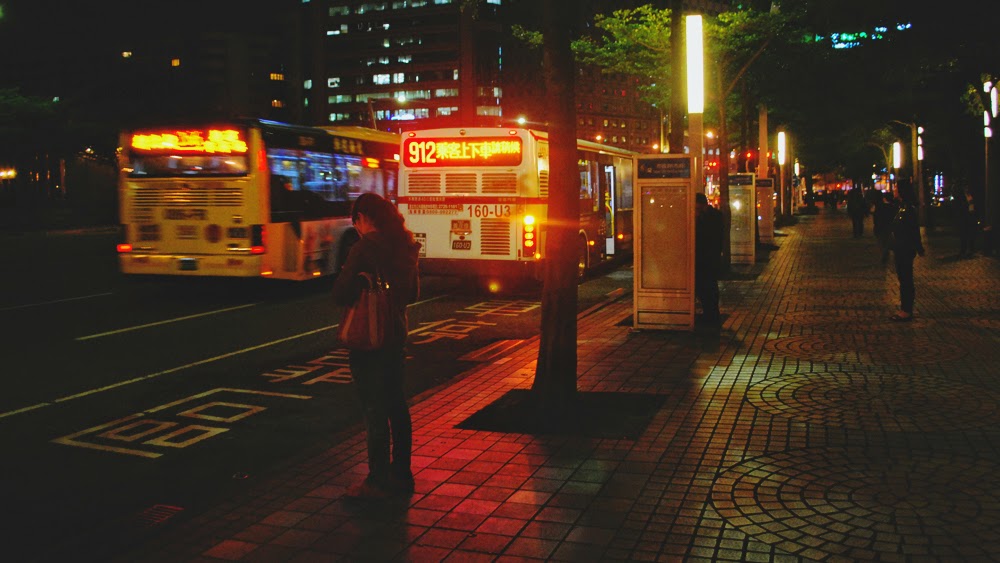 We already met two nights before. Wednesday night, she bought me "professional-level" bubble tea and had me eat some more xiao long bao. It's clear I let my guard down. I mistakenly poured the soy sauce on the bowl containing all the ginger, rather on my own dipping bowl. I'm supposed to know this already. I'm no longer supposed to make a fool of myself. And there I was, making a mistake, and laughing it all off.

I was feeling selfish, so I asked if she could meet me for a second time. She didn't mind. After all, she still had to bring me to the noodle place, like she does to all her friends. It closes early in the evening, usually when they have run out of noodles, all of which are handmade. The strands are fat and are incredibly filling; the beef is very tender; the soup is a tonic of sorts, after four days of trying all that's new and unusual. It tells you that you're almost home.

But we were both quite full. I blame the potstickers. It's not extraordinary, by all means, but it is lightly toasted on one side, and it provides a curious crunch. "Hindi ganito 'yung sa ibang noodle shop," Jackie tells me, before asking me to finish hers. We had a plate of ten each.

She still gets homesick sometimes, but the longer time passes, the tug-of-war as to what home really is gets a bit more interesting. She returns to Manila regularly, but then realizes how used she's gotten to the quiet of being alone in her own place, and her family realizes the same. It's a weird thing, but you learn to live with it. 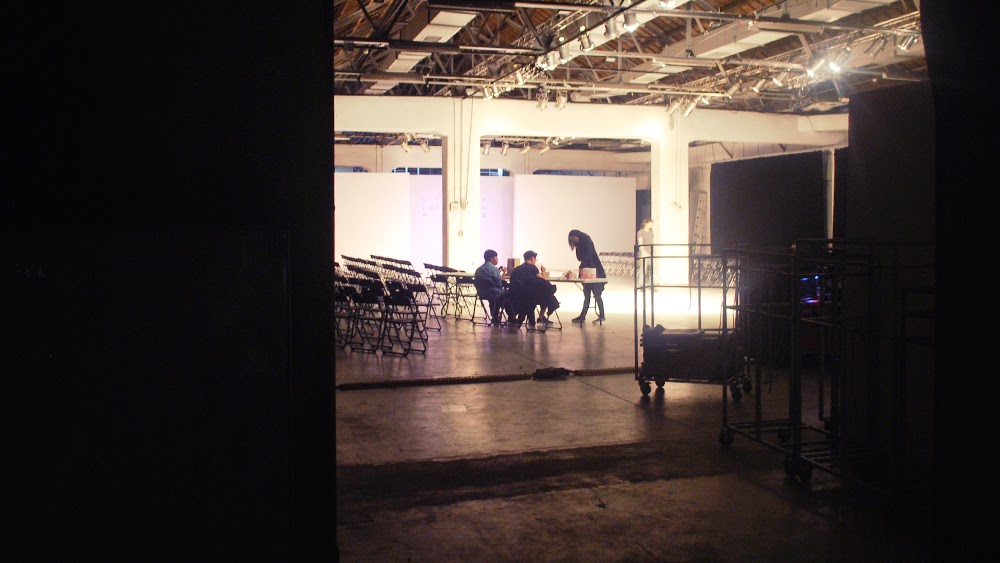 Jackie would've toured me further around Taipei, and outside it, even - in fact, we were quite close to meeting a third time to go to Jiufen - but she was nursing a headache and had to rest, but not after giving me directions to the Huashan Creative Park. I might like it there, she says, because there are interesting things going on at night. After a not-at-all-awkward goodbye ("Magpakabait ka!" "Magpakabait ka rin!" "Mabait ako!"), I got off the train, walked up Exit 1 at Zhongxiao Xinsheng, and walked to what turned to be an old factory converted to shop spaces targeting the so-called creative crowd. Custom-made notebooks, not-exactly-kawaii illustrated postcards, "artisanal" coffee - yep, I am almost home, because my mind is filled with thoughts, again, about how the so-called creative crowd think they're all that because their tastes happen to be more refined than, say, our hosts.

Taipei has a lot of parks. Wednesday night, Jackie and I were at another "creative park" at Songshan, although the sun had yet to set and activity was limited to joggers and nature lovers. There's a lot of green in Taipei. Sure, not a lot of parks compared to, say, Singapore, but most of the roads are lined with trees, perhaps a nod to the country's historical ties with (the other?) China. Zhongshan Hall is another open space, and Jackie remarked that it's one of the things she likes the most about Taipei. She can easily go elsewhere in the country, or elsewhere in the city, and there's a lot of space for the public to do their thing. "Parang ganyan," she says, while we watch people jogging at sunset. "Mga nag-uusap, mga nagpi-PDA..."

Further into Huashan, near what looked like an unfinished music festival set-up, I saw a couple of young Taiwanese sharing a long, tender kiss.

I feel more homesick than ever before, but, at least, this is my penultimate night. I am going home.
And your responses...