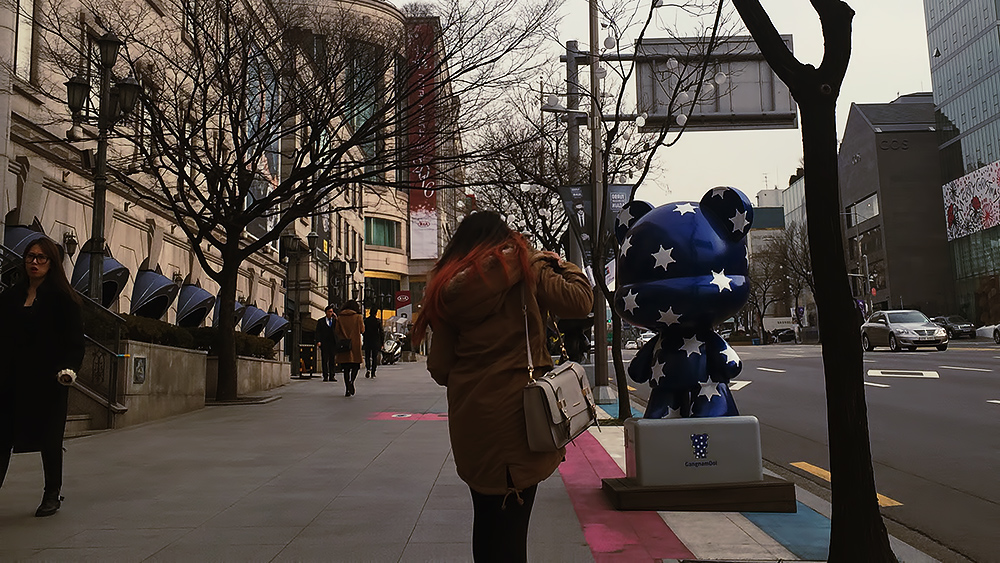 I'm a bit OC when it comes to names, specifically names as they appear on lists, specifically names as they appear on lists I use. I don't demand full names - there would not be space if you had, say, four first names, and anyway, if you had four first names does that mean one would become the second name, then the third, then the fourth? - but it'd be nice to have a first name and a last name.

Just look at my phone. It's neatly organized; everybody has a first name and a last name. No exceptions. Well, there will be the people whose last names I have never known despite knowing them for years, because of anonymity requirements. (Hello, Immie.) But yes, for the most part, no exceptions. Yes, my parents' full names are there too. My relatives. My girlfriend, even - she's not "hun" on there, or whatever nickname we use at the moment.

I remember the day we "met", so to speak. She went to my blog, left a pixelated heart on the shoutbox, and piqued my interest. We began talking a bit, first through messages on our blogs, then through Facebook - but first I had to know what her name is. She's using a screen name on her blog. She's using a screen name throughout all her online activities, actually. If we are to talk without constantly having to hit refresh, I have to find her on Facebook. I have to know her name.

Also, if I am to link to her blog from mine, I have to get her name.

But she wouldn't budge.

Okay, I have to clarify that it's very likely I am not remembering a lot of important details here. I expect her to text me some time after this is posted, telling me that I got this thing wrong or that thing wrong. Her memory - she remembers more things than I do. Or, more accurately, she remembers the more relevant things.

I remember that I already knew her last name. I don't remember how. It must have come up during one of our conversations, or I might have done some online stalking during idle time at the office. I only knew her screen name: Rainy Martini. That would be good enough for my blog's links area, but no. My OC self is kicking in. It has to be her actual name.

So I did. And, somehow, she relented. In the middle of one Friday night in June, she typed in a not-exactly-random set of letters. "Read it backwards," she wrote. "And you already know my surname, don't you?"

Off to Facebook I went. I found her. Yes. We can talk! We can talk without having to hit refresh forever. And talk we did, whenever we could. Random stuff. I learned about her. She learned about me. We'd arrange to meet but it would never happen, until we did meet. And we met again. And again. And then we're watching the light show at the Ayala Triangle Gardens, and she'd make me listen to Lee Hi, and somebody presses the fast forward button and we're suddenly, officially, a couple.

Man, that rush, though.

I clearly liked her from the get go. I will admit, I saw a photo of her while I was browsing the blog and I found myself attracted to her eyes, to her smile. I did not put her real name on the links area, instead striking a compromise: I'll use her Chinese name. A few months later - we're already dating by then - I'd make her the one exception, and to this day, you'll see me link to Rainy Martini on the blog, alongside me always referring to her as Rainy instead, of, well, her real name.

This year, however, will be different. This year is when I stop referring to her as Rainy online. Instead I will write her real name here.

But you knew this already, right? If you're friends with me on Facebook, you would know it from my relationship status. "In a relationship with Shalla Yu. Since December 9, 2012." Three years and almost a month ago. If you follow her on Twitter, you'd know this too - she's also begun using her real name there, as well as on Instagram, or at least the new account she maintains that's filled with her art.

The downside to sticking to an online identity for so long, however, is people know you as that instead of your real name, and that sticks. I'd have conversations with Anna or Allene and they'd refer to her as Rainy - and yes, I know, Rainy is my girlfriend, but her name is actually Shalla, and this disconnect is amusing, for some reason. And maybe weird. Likely weird. For some, perhaps. Reese, for one, always knew her as Rainy. However, I emailed the deposit slip as payment for the collage workshop "on behalf of my girlfriend Shalla Yu." Apparently, she ended up thinking that I have split up with Rainy and has since hooked up with Shalla.

"Nagulat ako," she told me as her workshop wrapped up. "Akala ko iba na girlfriend mo!"

So, yes, to make things clear: my girlfriend is Shalla, and I used to call her Rainy online. She was Rainy on the blogs and on my tweets. This year, I will call her Shalla online, because she now wishes to use her real name from now on. Also, she's quit blogging, which is a shame, because that's how we met, and I'd like to see that stick around forever - but, well, we tell each other stories offline now, in conversations where we don't call each other "Shalla" or "Niko", but instead, "hun".
And your responses...