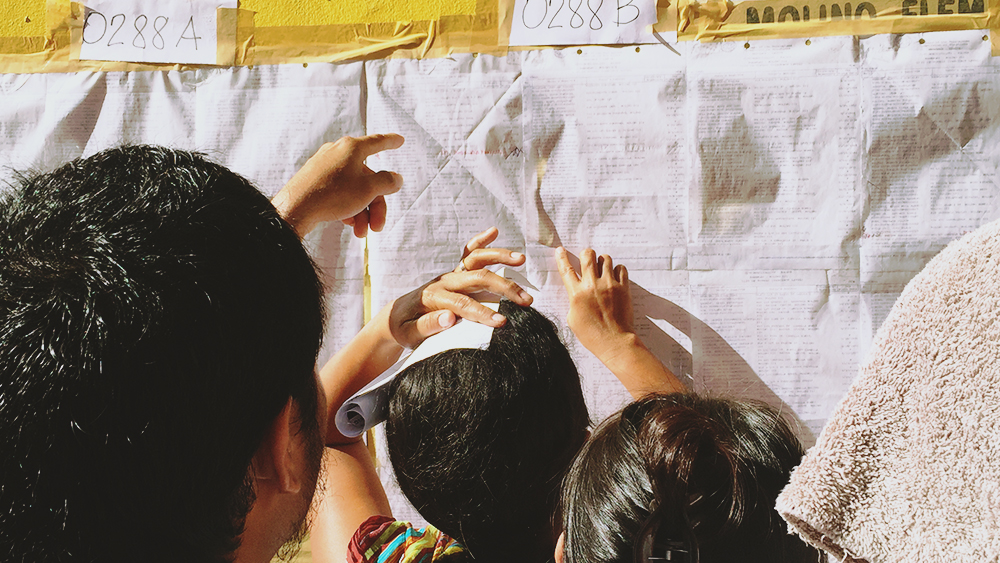 Well, it's over but the counting. And a bunch more precincts. And the inevitable protests, offline and online. And whoever winning going on stage to a throng of supporters, asking the country to unite for the sake of national interest.

Well, first off, that's an impossible thing to ask for. Remember that there will always be people who will disagree with you. Unless, of course, you dictate that nobody does.

And second, what exactly is the national interest? Chances are we all mix it up with our own. Not just the politicians, but we mere mortals as well. If they fix the trains, for one, our commute to work will be better. The personal and collective will always mix.

But, you know, the national interest always becomes the politician's interest. Who gets to sit in the front seat? Who gets to call the shots? Who gets to pull the strings?

I think that was one of the problems we had with Noynoy Aquino. When he won, great, we're sure he'll do a good job. When he didn't - and there are many times when he didn't - we just brushed it off and went, "well, he can't be worse than this guy or that guy."

Sure, the alternatives would have done a worse job, but the vitriol being reserved for the likes of Binay and Revilla - and all the niceties kept for Aquino - did not do anyone wonders. We just antagonized one side and needlessly glorified the other.

So, yes, we have to raise our standards for everyone. It doesn't matter whether the guy is wearing a yellow ribbon or whatever color that fist is. Whatever you think of whoever wins, whether you're a supporter or a critic, you have to watch their every move the same way. If he does good, applaud him. If he does bad, criticize him.

Two, we have to remember that we all still have to fend for ourselves.

The winner is not obligated, in any way, to life us out of whatever we need to be lifted out of. Sure, they'll do their work to make sure this place doesn't collapse into a heap of rubble, but they're not here to ensure that you will get a better life. It's all collateral damage. And that's the best case scenario. You all know what happened before. I say this even for Aquino.

It's a trope, but you know what they say - the change starts with you.

It's not just about following the rules. It's also about taking part in the whole process. I don't just mean attending those government meetings. You can be behind your keyboard, bashing your complaints away. But you have to back that up with facts. We can't help but be emotional, but we can't be completely irrational, either.

Oh, and also, your candidate winning does not make you part of that candidate's squad. If your candidate wins, that doesn't give you free license to do whatever you can do. You still cannot get away with things. You're still bound under the same laws.

The lines at the precincts today - most precincts; I don't know if you're that posh - are long. "Matagal kasi, kaya parang walang pagbabago," a poll watcher remarked to me this morning.

I know, I know, I'm just shoehorning that in.
And your responses...