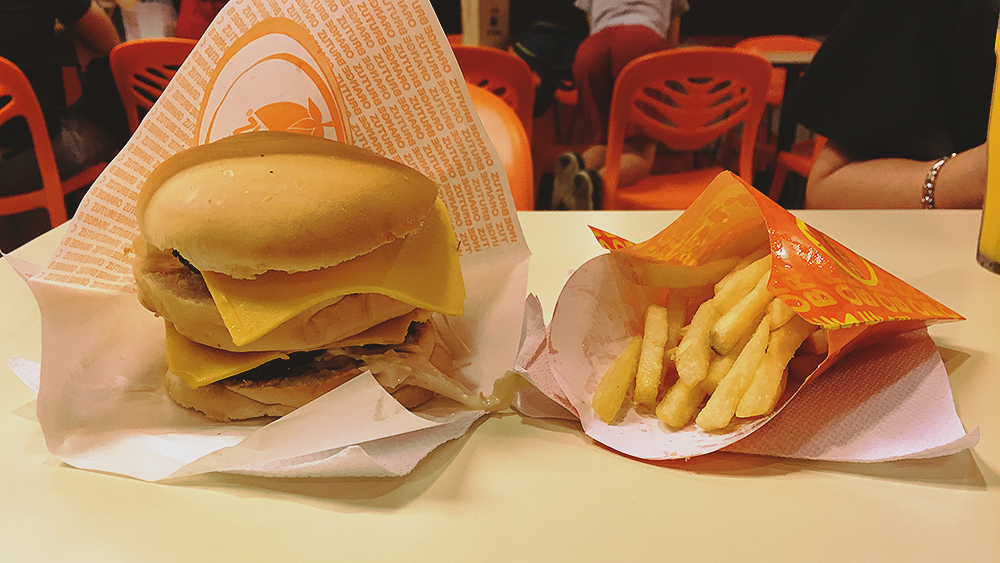 From a marketing perspective, well, good for them. Good for them. Theirs is a ubiquitous presence, sure, but you go to the Internet and it's venerated like a God, perhaps disproportionately so.

But then again, that's how I always roll. I'm a contrarian; this is why people do not like me, why people don't want to be friends with me.

I never understood why Potato Corner is suddenly this big a deal among, um, millennials. I still hate that term, so let's just call them kids - kids who were screwed over by a society bent on staying in the past. So, here they are, poking growing up with a stick, celebrating the fact that they're growing up and staying young simultaneously, and singing the praises of a simple fries kiosk.

Okay. I have nothing against Potato Corner. It's good. It does the job. It's not gourmet or anything. It's ubiquitous. It's always been there, since I was little: near train stations, inside busy malls, always in the same place as Nacho King and Kingcorn. Perhaps I have taken it for granted, because it's always there.

So, perhaps, this is a marketing ploy of the cunning kind - kids are treating Potato Corner as if it's a gift from the gods.

Okay, it's cheap, it's good, and it does the job. But, yeah, this is all disproportionate.

Today this post is making the rounds. Some guy took the time to calculate which size is of better value. Apparently, Giga Fries is more economical as it costs less per gram than the other sizes. A good exercise in economics, but again, the response is disproportionate. Finally! We can make the most of this food from the gods!

I was making that exact rant on the phone with Shalla earlier, and she - she loves Potato Corner, by the way - she had one explanation.

"It's big because it's fries," she said. "On the Internet, they all love potatoes."

Oh, right. I don't go to 9GAG, but, you know, here's a potato. Here's a potato - the only thing you can afford to eat, because while you were busy having fun on the Internet, the adults in your life are screwing you over, forcing you to do more work for less pay, keeping you stuck in supposedly amazing outsourcing jobs that really lead you nowhere, feeding you the narrative that struggling is beautiful as long as you're true to yourself and your interests and what's good in the world... but, you know, you have to travel too, at least once every three months, spend all that money on a good camera for flatlays and those damn plane tickets, too.

Kids, I get you, I think. You worship the potato because it is a symbol of your oppression.
And your responses...