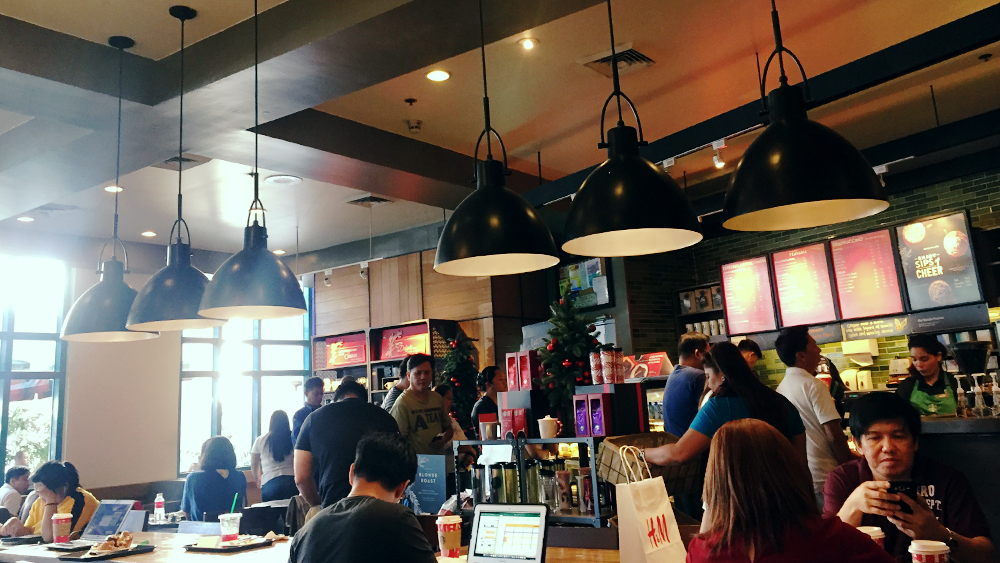 I was passing the time at a Starbucks this afternoon.

I had nothing to do. I couldn't go home yet, as the shuttles won't be out until four. My laptop, broken again, wasn't ready yet (or ever). Thankfully I finally had the latest copy of Monocle to read - I bought the November issue earlier today, the day the December issue was released. Turns out the distributor here had to clear their inventory by bundling it with a back issue from last year. Buy one, take one. I already had that issue, though.

I opened the magazine and began reading.

I was seated on one of those bars - the shop was, of course, full, perhaps with people who want to get stickers for planners.

It felt satisfying to say I did not want, or need, stickers. It felt weird realizing I got on the queue when it was long, and when it was my turn, nobody else was there. I was the last guy on the queue. It felt a bit awkward, so I had to strike a conversation with the barista, the details of which I have already forgotten.

Anyway, I was at the bar, which was the only available seat. I didn't mind. It wasn't an uncomfortable seat.

Beside me was a guy doing some logo on Photoshop. After fifteen minutes I figured it was for a tech start-up. I guess it's safe to call it a tech start-up. Isn't it a particularly coffee shop-y thing to do, work on a logo for a start-up? Starbucks, because it's early days. Maybe sooner or later it would be some third-wave shop with serifs on the signs.

A sofa freed up, so I quickly went there. Magazine, laptop-less laptop backpack, cookie, frappuccino, mug of ice water.

I can hear my parents tell me to cut down on my sugar. I can hear myself reasoning out that I am drinking a lot of water.

I read again. It's the Canada issue, and it begins, unceremoniously, with clichés about Canadians that don't really stand.

I look up, and realize that the everybody in the coffee shop who are reading something are reading it off a screen. And then there's me, a guy who brought his own magazine.

Eight years ago I wrote this blog entry - wait, essay; I can call it that now, retroactively - about me being in a Starbucks, flicking through magazines, going through contributor names, wondering if I'll ever end up like them. A lot of things, of course, have changed, the first being I now have my own laptop, and I don't have to use a dongle for an Internet connection in a different place. Okay, it's broken, that year-old replacement for my first laptop, and, okay, I might have to replace it again before I fly to Hong Kong.

Eight years ago I did not know true heartbreak, or true love. I did not know what it means to be in control, and to have absolutely none of it. I did not know the feeling of being able to make recommendations and suggestions. I did not go to places and have friends to meet from out of nowhere. Or something.

Eight years ago I did not have an idea where I was heading, but I knew I wanted to write professionally. I haven't gotten there, and a part of me doesn't mind, because I now stumble like hell writing things like this one. I ended up in the corporate world, and then yanked out of it, somewhat. My life isn't glamorous like I imagined it would be, or should be, eight years ago, but at least I have moments when I can feel like I am. Not that I'm shallow or anything.

One thing remains the same.

Eight years ago, I did not have an idea where I was heading.

I still don't. And sometimes I feel like I am headed nowhere.
And your responses...