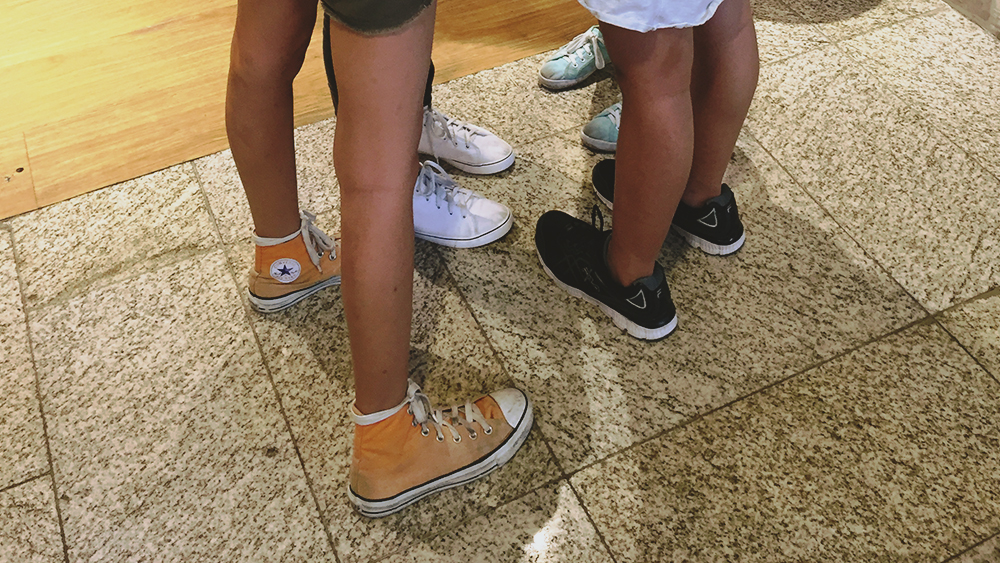 I haven't been to Tokyo Milk Cheese Factory in a while. When we discovered their expensive biscuits - which we enjoyed, but treated like dessert from a rarified part of the world, which, well, arguably, Japan is - they were having severe supply chain problems. They would often run out of their items, and there would be a couple of days in a row or so when the staff would be sitting there, doing nothing but telling people that almost everything is out of stock.

I did want to try their cheesecake. It's a small cheesecake. I think it's ten inches in diameter, but I don't really know. It's a small cheesecake, and it costs almost a thousand bucks. I volunteered to buy it for the family, but that was always out of stock. And so it was forgotten. It's a good place. You'd spend more than you planned for but you wouldn't regret it like you would a particularly impulsive purchase. But you wouldn't go back to it frequently, at least unless you have lots of money to throw around, something that seems to apply to a quarter of my friends and friend-designates.

They do have a new item, though. They have introduced ice cream. Soft-serve ice cream. Two flavors, and only two flavors: milk and cheese, both as subtle as the other products they have offered before. I wouldn't have bought it if not for the fact that they allowed you to add a slice of cheesecake on your cup. It was a hundred bucks, which meant I had, in my hand, a P250 cup of pale, subtly-flavored ice cream.

I spent more than I planned for refreshments between my monthly haircut and the long queue at the Globe store, but I didn't regret it like I would a particularly impulsive purchase (and I have a lot of those). But I wouldn't go back to it, because I do not have lots of money to throw around. Also, I prefer Thai milk tea at Chatime. That was my original plan. And it's chewy, even if it's just half of what the Taiwanese call QQ.

There were four girls milling around just across the claim counter that afternoon. One had a cup of ice cream. Four people sharing one cup? I'd say I understand, considering it costs more than typical, but then again, they weren't even eating the thing. They were just giggling around the cup, holding it aloft like it was some artifact from a rarified part of the world - which, again, you know. It was like witnessing a new stereotype unfold before my eyes: slim physiques, verging on lanky; summer outfits no matter what the weather is; that air that they have the world even if they barely know much about it. It certainly scares me to irrelevance, and I am almost 29.

One of the girls had a DSLR.

Aha, it's all clear to me now, why I am both cowered to irrelevance and indignant, somewhat. Once again, a reminder of where we really are right now: young people holding all of us hostage with their extensively curated lifestyles and their extremely pampered way of living. Or, at least, those of us who remain unsure about where we are, feeling left behind by everybody else, even the newcomers. I was no longer just indignant. I think I was angry.

A second ice cream cup arrived. At least they weren't splitting one cup among four people. Back to indignant, then.

I realized I really had nothing to do with the mall anymore. I wouldn't call it a sign of maturity as it is a lack of options. Fully Booked sucks now - and of course it had to suck right after I got my discount card. I barely use it, and I'm not sure if a store which abandoned all pretenses at behind a bookstore - which is now all about selling items that prove you have consumed pop culture rather than items that contain the pop culture, and all other culture, whatever that means, you ought to stumble upon - still deserves a spot on my wallet. But I tried entering it anyway, and it's still as disappointing as ever.

I crossed paths with the girls again. They were taking photos at a... textured? Textured wall? It wasn't a flat wall. It wasn't a brick wall, the sort of thing budding social media influencers like, the sort of thing that makes what they call a "blogger photo". I have several of those, actually, in Taiwan, so I can't take the high road on this one. But there's a reason why I'm not showing it to you.

And then it rains. It rains so hard that I don't see those girls again. Nobody likes to take photographs of the rain, after all. Or, at least, nobody has worked out a good filter for it.
And your responses...