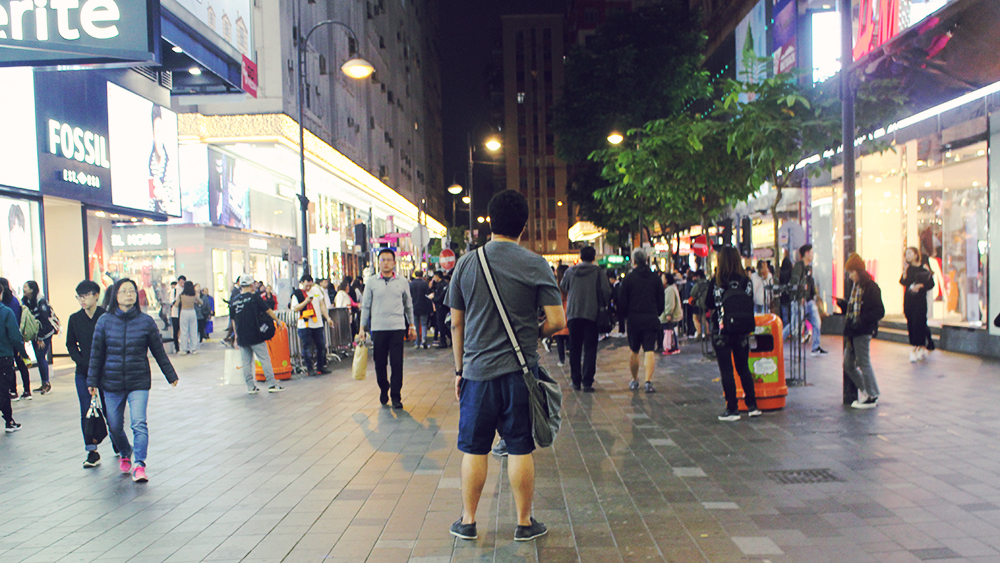 There are a few fixed points in my life these days. My anniversary with Shalla is on the ninth of December, for instance. A month later, it's my birthday, capping off weeks where I spend money for our anniversary, Christmas, and my birthday. I'd be on a boat in May - although perhaps that will change - and I will sleep at the Shang some time in September. On the third full week of November, I'd be in Hong Kong.

As expected, Tina and I would not be meeting in Hong Kong.

When I told her I was flying back this year, I already know this was what would happen. Her mother's birthday falls on the exact days when I'd be in Hong Kong, which means she'd instead be back home in Manila. Actually, she flew back the day I flew in. Somewhere in my head I thought we would be meeting at the terminal, but everybody knows even that is impossible.

Since my sister was coming with me too I decided to ask her for recommendations - where to eat, what to do, you get the drill. Well, the second part, I perhaps didn't really need to ask her. This is my sixth time in the city, and my fourth without relying on a tour: I think I'm more intimate with this place - or, at least, the stretch of Lockhart Road from the Shibuya-esque crossing at Causeway Bay to the intersection with Greeson Street, which happens to be close to the Monocle shop. All I wanted was to finally eat an egg waffle. Somehow I never managed to do that. "Sa Mongkok," she answered.

But then asking her for tips made me feel like I was this overexcited kid who pestered a resident before a vacation. (This isn't a vacation, or at least half of it isn't one.) So we just talked about the weather.

It's cold around this time of the year, but then Hong Kong's weather can be fickle. Again, this is a fixed point. I'm here on the third full week of November. Last year it was really chilly when I left my hotel for the airport. The year before that, it felt like Manila: the sky was spotless, the sun was shining down, the winds weren't blowing.

The highest temperature since Wednesday was at the low 20s. It's some sort of cold snap, as it turns out. Winds from China blowing down on this part of the world, bringing in cool climes. A gift from the central government in Beijing? That's a political quip I am not entitled to make.

"Sarap ng weather, 'lo!" she said. Yes, I still call her "apo" and she still calls me "lolo", a hangover from broadcasting class from over ten years ago.

I told her the weather in Manila is sweltering. Highs of 32, steadily, across the week she'll be in town.

I get cold too. Taipei really was cold. We flew in last February, and we were at the beginning of another cold snap. (It's an essay I have yet to write. I know.) When we left the hotel for the airport, very early on a Friday morning, the temperature was at eight degrees. And it was windy. And then, of course, there was Seoul, which dropped to twelve below zero when we were there. Our tour guide - her name was Sunny - said it was a warm winter.

Hong Kong, on the other hand, was comfortable. Baguio can be colder, yes, but for some reason you don't really think much of it. (Or perhaps it's because it can be so crowded.) Apart from three jackets I brought a vest and a long-sleeved shirt, but I never had the need to layer. One night I went to dinner wearing shorts, and I survived. So far, so good.

Tomorrow is today. Well, tonight. Earlier today. My last full day in Hong Kong. The forecast was between 16 to 18 degrees, with a chance of rain. My sister and I spent it walking from Mongkok to Tsim Sha Tsui (all right, with a train ride somewhere in between), capping off with a ferry crossing to Wan Chai, where we were staying. I had my jacket then. I had jeans, too. I would be walking around, and I didn't want to risk it. In Seoul, I was close to an asthma attack because Shalla and I walked around aimlessly, in below freezing temperatures, looking for an art store somewhere in Hongdae.

A few hours later, we were back out again. Dinner, a trip to Ikea, and maybe some more shopping. It's bound to be colder. Let's put that theory to the test.

I wish I could say I am impervious to the cold. I'll always look back at, again, ten years ago, when I claimed a prize at a radio station. These places can be really cold, the best way to keep the equipment running. Another woman was at the studio, also claiming a prize, and she was starting to shiver, so I offered her my jacket, at least for a while. It's the moment when I realized cool temperatures don't get to me that easily. (No, I'm not saying this to look good.)

But then, perhaps I have been acclimatized to Hong Kong. I'm here longer than in my last few trips, after all. That, or I have eaten a lot of spicy food in recent weeks, and there's still some leftover heat from the chilies. Or, I have hyped myself up enough that my body kicked into gear. Or maybe it's because Taipei really was cooler? Perhaps I should be grateful I got through that. And Seoul. But, yeah, in the grand scheme of things it's nothing.

I'm almost packed up for the return flight tomorrow. The shirt I wore earlier is slightly stained, the result of a trip to a Sasa store where I, yes, swatched lipsticks on my wrists to show to Shalla. We've been together long enough for me to know that I should be doing swatches (although my sister volunteered). We've been together long enough for me to know what shade would fit her; we both picked the same thing. The lip tints, however, were extra... wet, and despite all my efforts I stained... well, it's a gray shirt, and if anybody asks, no, I was not seeing other women. Ask hunny.

My sister and I had dinner at a restaurant Tina recommended. We've spent roughly HKD 50 per head per meal so far, and this place at the edge of Causeway Bay is at the higher end of that, but the pork rib rice is good. Well, the rice with vegetables is good. Well, the huang jiang (I think it is huang jiang) mixed with the rice is good. Also, my hands are sticky because I got the beef tendon. I should bring tissues like the locals do next time.

We went back to the hotel via tram. That's something I've done for the first time. I offered my seat to a woman who went in, and she refused. Well, she can do that. I didn't sit down.

The lady beside me - the lady who used to be beside me before I stood up - offered the very spot I left, and she took it.

Maybe she does not trust my ilk, whether my being a man or my being a Filipino. Or maybe she didn't take my seat because she doesn't trust people wearing a shirt and shorts. I was the only one. Everybody else had a jacket and jeans on. I may have overdone this.
And your responses...