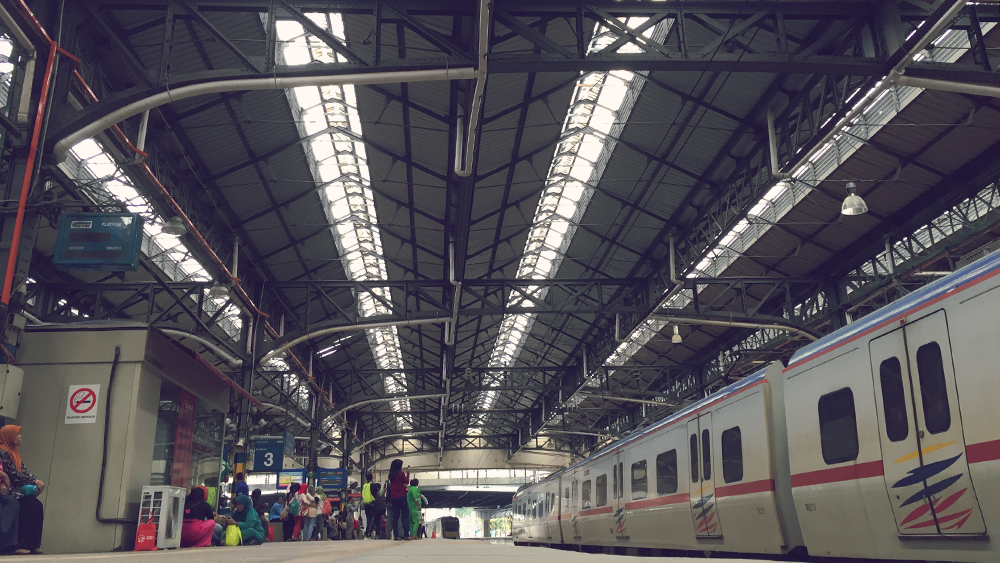 When Shalla told me this, I thought of two people immediately.

The first was Shy. She's Shalla's friend and former colleague, back when she worked the good shift long enough for me to meet some of her colleagues outside of work. I've met her so many times I've already been at her home - there was a post-work event there and I got dragged along; I ended up helping watch the young kids, not hers - and I've been at her favorite coffee place, twice, perhaps thrice.

Shy loves to travel. I remember this one story where she chanced upon, and bought, a flight from Manila to Perth - with a Kuala Lumpur stopover, I think - for just two and a half grand in our money. Like, a flight to Perth, with a stopover, for twelve grande frappucinos. Yes, the caveat is, it's just a one-way flight. Also, she needed to renew her passport and because this was at the time when renewing your passport was a bitch, she ended up skipping the flight, not even claiming a refund for it.

But she's the sort who travels with the loosest of plans. That sounds bad, but then, going straight to "Shy is a backpacker" doesn't sound good either, at least when it comes to this so-called essay. Anyway. Just a few months back she went backpacking again, across Indochina, and for a month or so I saw her posts about some temple somewhere or elsewhere, or whatever food she was eating - that I was more interested in, but only fleetingly, because I was getting busy and could not afford dwelling on Facebook for anything other than work.

"Hun, gusto ko next time mag-multi-country trip tayo." Shalla was definitely thinking of Shy at that time, too. We were talking, once again, about our imminent trip to Hong Kong - three weeks from now, as I write this, although I am sensing I'm more excited for it than she is. We're going to that oft-visited of cities to, as I often put it, undo some of Shalla's trauma. The one time she was in Hong Kong, she ended up in quarantine for a week or so, tagged as a carrier of the A(H1N1) virus. In the nearly six years we've been a couple I've been to Hong Kong six times, only one of them for pleasure. I often quip that I got past the health check counter.

Hong Kong is fun to be in, but then, I understand why some would say it's boring. It's a city. It can be gritty, but it does not have the feel of winging it. But then, I'm not the kind of guy who goes travelling with the loosest of plans. Granted, for this trip I haven't even thought of what to do, but that's because it feels innate already. I'm with someone who's essentially a first-timer. You hit the usual spots. Well, except for Disneyland, I think, because tickets are expensive and circumstances are not ideal.

Shalla certainly has that streak in her where she'd rather travel by winging it. Why not fly into one country, go to another by land, go to yet another by land, and decide everything as you go? Why not be like Shy? But then, circumstances are not ideal, like me wanting to be comfortable. I'm a city break guy.

The second person I thought of was Nat. She did the very Indochina trawl Shy did, with her best friend, and while details are sketchy - because I never really asked her about them - there was this 35-hour train ride from Vietnam to Cambodia, I think, or the other way around, which she described as so scary she thought she was going to be trafficked and end up living as a slave. That would really suck, because Nat's one of my closest friends - I'll argue - and if she goes poof, well, damn it.

If that happens to Shalla and I, well... well, that's what I make plans for. That's why I hate plans going poof.

Last night I was reading my copy of The Escapist, specifically this Andrew Mueller essay where he recreated the famed Orient Express train route from London to Istanbul. Of course, there are no direct routes now, and so he and a photographer made the trip with multiple transfers, through which you can make multiple observations - about restaurant cars and sunflowers and immigration. And fellow travelers, too.

...and Cathy, a Chinese literature graduate from Hong Kong, on the last hitch of a rail epic from her hometown via Beijing and the trans-Mongolian to Moscow. Her friends all told her she was crazy, she says, but she likes trains.

The Philippines is an archipelago. To get to the next country means taking a plane and no other way - well, unless you live in Zamboanga or whereabouts, where I assume you can ride a boat to Kota Kinabalu or whereabouts. Still, for most of us, there's no other way but through the sky, which means going out of the country should be planned to the hilt, because for some reason we've seen airplanes as something grand and perhaps even luxurious, and something you should experience at least twice in your life. (You know, round trip.) We could not just get on a train with our passport and go somewhere outside our borders. Heck, we can't even get the trains within our borders right. They're dilapidated and out of date, and in one case woefully crowded. We can only dream that the entire Philippines is connected by train. You might have seen that graphic going around on Facebook, that graphic that's been repurposed lately as proof that Duterte is great, because he plans to build a rail link connecting Puerto Princesa to the Tubbataha Reefs - to the middle of the sea.

I've only been on that sort of train once. It's did not cross borders, but it's in a different country. From Kuala Lumpur, the best way to get to the Batu Caves is via train; the very end of one line stops right in front of the tourist attraction. Going up the steps (and dealing with the monkeys) is tiring, but there's a slight thrill in knowing you're on the right platform, and waiting for your train to arrive. It's not a speedy train, which means you see most of what's around you clearly, even if there isn't much to see apart from the Petronas Towers fading into view, telling you that you are far away now.

One time Shalla and I had to take that train from Chinatown to KL Sentral. Clarissa, one of her online friends, toured us around and introduced us to this hidden place with really good char siu. The train won't arrive until twenty minutes, and I badly needed to poop, so I left them at the platform and I walked a good 500 meters to another platform just to get to a toilet. This being Kuala Lumpur, it's one of those toilets where I had to squat. I guess that's the closest I've been to winging it abroad. And Shalla found herself quarantined. No wonder she knows she can do anything.

And so do many others, because flying is cheap now. You may not always get a PHP 2,500 ticket to Perth, but you can get on Cebu Pacific and fly to wherever your piso fare can get you - and poof goes your travelling virginity. You've left your country. You just have to go back later, and enjoy everything in between, and take lots of photos and get lots of useless souvenirs and show everything off for weeks on end. But then, they're terrible with international flights. On my third time to Hong Kong, their plane arrived at the very minute it was supposed to leave, according to my ticket. It felt like a red eye flight, and I could never sleep on a plane, so it was bad.

For this trip we took Cathay Pacific, like I have been doing for the work trips. We got cheap tickets, arguably comparable to Cebu Pacific, but with more luggage and better leg room and a personal screen (but who needs those now?) and the ability to check in your luggage before you get to the airport. Hong Kong, you see, has this Airport Express train - oh, right, it's a train. It's a fast train. It gets you to the city center in half an hour, and you just have to saunter to the station. And there's a free shuttle that can drop you right at your hotel lobby, if you're lucky. It's really convenient for a city breaker like me. But circumstances aren't ideal, and we are now paying the price.
And your responses...