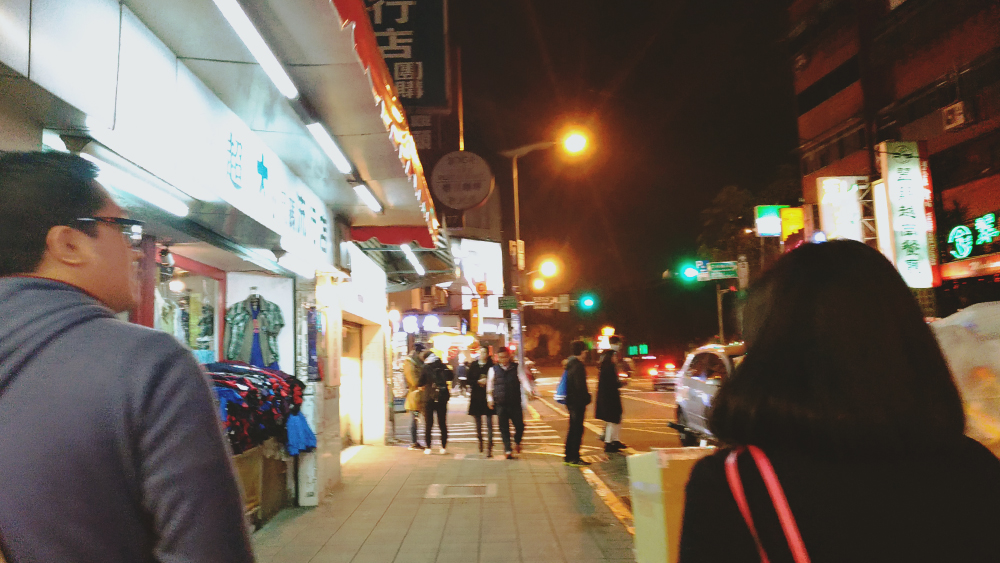 Option 2: commute the legal way. At least there'll always be trips, and you don't have to wake at the worst time in the morning just to be able to get to work in one piece. Leave the house at around eight - or ten, depending on your schedule - and take a shuttle to Alabang, then a jeep to Starmall, then a bus to Shangri-la, then walk roughly half a kilometer to your office. The trip will be longer, and you will be really tired as a result, but at least you can leave later and go home earlier. You're not bound to a 9-5 schedule, after all.

Option 3: drive your way to work. You definitely have control of your time, never mind the traffic. Spend a thousand pesos, collectively, on toll, gas, and parking - if you're lucky enough to find parking. In Ortigas - as with every business district, really - looking for parking is a chore at the very least. This is why you get people to drive for you. Or why there's now an app for looking for parking.

Also, before you ask, yes, I don't have to wake up at half past four, and I don't have to leave the house at half past five. The first option has been my preferred option for the past decade now, and early in my working life I managed to leave at six and get to work at half past seven. But in those ten years traffic objectively got worse in Manila, which meant those taking public transport are shifting their trips to earlier in the day to avoid the hassle. In 2018, leaving the house at six in the morning means being in line for an hour. Sure, I am not bound to a 9-5 schedule, but being in line for an hour - and in transit for another hour - screams "waste of time" louder.

So, begrudgingly, I wake up at half past four, get out of the house at half past five, and become the first guy in the office - in days when I have to go to the office - at half past six. Well, you can get some shut eye in the shuttle, so it's fine. You may have to get yourself a proper breakfast once you get at the office, but you get some sort of peace to yourself, seeing the streets not be so busy. Also, at this time of day, it's a little cooler. At this point in the year, it's definitely cooler.

You do forget it gets cooler here in December. In the past ten years it got really hotter in Manila, so much so that you forget that "malamig ang simoy ng hangin" is not a literary device but a fact. I got out of the shuttle this morning and I really liked how cool it is. It's not the cool you get on a potentially rainy day; it's nice, but it just feels a little too damp for my liking. This cool, now, that's more like it. I check my phone and see that the temperature is in the mid-20s. That confirms what your body knows instinctively. This is going to be a relatively good day, or at least a relatively good morning, because it'll be unbearably hot again at noon, and you'll again stop believing the end of the year brings cooler weather.

I guess that's why we like going on trips abroad. It's just cooler out there. I haven't been to a lot of countries, granted, but it says something that even early mornings in Singapore can be cooler than early mornings in Manila. Or is it just me not being comfortable in my own country? I mean, Singapore is humid. Even rainy days make you feel sticky. I would never think of layering clothes there.

Shalla and I are flying to Hong Kong this weekend, so I have been thinking about the weather again. I shouldn't, really; this is my fifth trip to the city in November, so all of this is nothing new. But then, I'm excited: an actual break, with my hunhun! Yet she's the one who's already packed, and I haven't. The forecast is in the low twenties for the four days we'll be there. I was expecting temperatures to be slightly higher, but then, does it matter? Hong Kong is windy in November. It will get chilly. I can finally layer and look like a prep school kid, but without the neckties. Or I can wear a shirt and shorts and stick out like a sore thumb even if the cold is not bothering me.

Somewhat coincidentally, last week she got around to uploading all her photos from most of our previous foreign trips. (Most, because she can't find her Seoul photos. I think it's in my other, non-functioning, laptop.) That meant a reminder of how cold it was in Taipei, when we went there last year. But then, it's February. But still, it's cold. The temperatures were in the tens, and I got bulked up, although it wasn't cold enough to bring out the trench coat I got for our Seoul trip.

I have this particular flashback to when Shalla and I met up with Jackie. We were waiting in front of this hotpot restaurant she recommended. She got out of the wrong exit, for some reason, and that meant we thought we got out at the wrong exit. It was confusing. And then Jackie finally emerged from the throng of people all suited up for winter, wearing this one-piece coat and this scarf, and I thought, "man, I'll never get this winter dressing thing right" - I was wearing a Uniqlo-bought jacket (which Shalla bought, and which is too thick for Manila) and a collared shirt underneath. And I was shivering a bit, I think, because it's nighttime and it's around 12 degrees and it's windy - but then, you don't get this cold in Manila, and you can't always go up to Baguio, and that gets too crowded because people have the same ideas. This cold will feel better than anything else you get at home. Ah, what if we lived in a cooler city? For one, I'm definite I don't have to look stupid when I layer up.
And your responses...