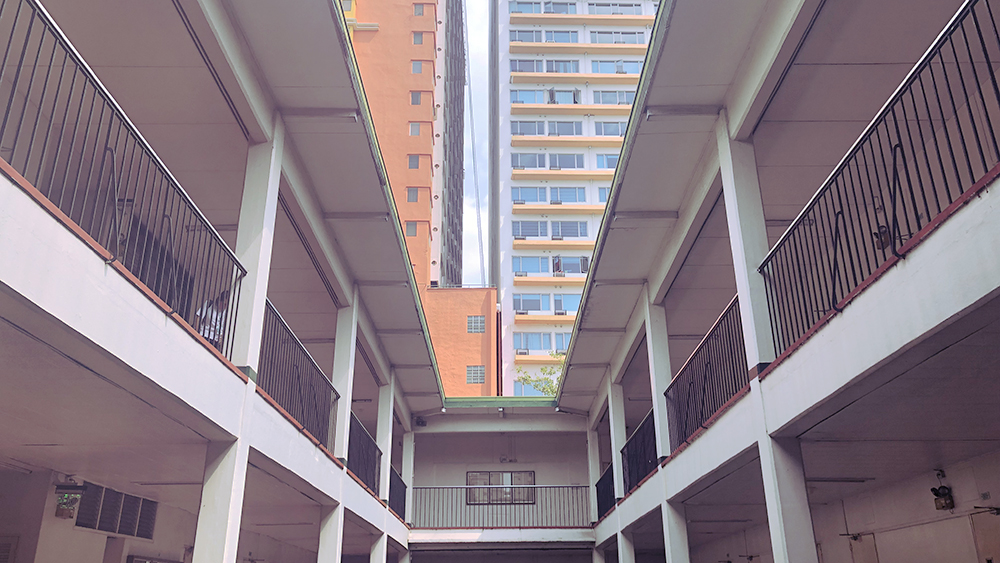 I wasn't sure if I gave him the right name. Maybe he knew me as Henrik. It's the name that appears on my official records, after all. But I did forget that it was in college when I embraced my nickname, although not entirely by choice. It was the first day of freshman orientation, thirteen years ago, and the first instruction given to us was to give our nicknames to an alumni volunteer who was tasked to make our name tags. From that day on, they all knew me as Niko, although some kept on calling me Henrik.

I wasn't, of course. The communications department requires experience in the media. I may write a fortnightly column for an industry newspaper, but that barely counts for anything. I don't think I'm even in the radar of my former teachers. I wasn't an extraordinary student. Nobody will look up my name after seeing it on television and finding it somewhat familiar, and then go, "he was my student." But Mang Ed remembers me, and that's something, at least.

He runs the equipment room. We were at his mercy. We may be communication students but not all of us can afford a camera. We borrowed that from him. First come, first served. Also, none of us can afford a lighting set. Or maybe one of us can - if there was a student who was driven daily to classes by a hired driver. I don't think any of my classmates were that. Anyway, eleven or so years ago Mang Ed unveiled the department's first Kino Flo lighting set. I knew it was state-of-the-art. I can't explain to you how it is state-of-the-art now, but certainly it was easier to set up, and less hazardous because it isn't a burning bulb. We all wanted it, but I don't think I ever used it for either my on-campus projects or my thesis. There was only one set, after all, and someone always had dibs on it first.

Now there were three "interview sets", much newer Kino Flo sets all nicely packed in a black box - and those three were the ones that weren't on loan. There were also newer video cameras, but then most of them were on loan, too. The white board outside the door lists overdue items that sophomore me would have found way too revolutionary at the time. Students these days have access to lighter digital video cameras where footage is saved on SD cards. Back in my time, we used DV tapes. I hated the capturing process at the editing bay, partly because you spent some time doing nothing, partly because some other student always had the one capturing machine, or whatever it's called, to capture his own footage.

The equipment lab, also, is no longer a labyrinth of wires and metal. Everything I would have needed to shoot one of my projects are now smaller, much smaller. I've seen more of the walls of the room now, ten years after graduating, then when I was a student actually using the equipment in question.

I wasn't in my old campus to become a teacher, although in some convoluted way I was there to teach people. It was another department, another meeting, another set of so-called insights. At least I can argue to my former teachers that, even if I did not end up in the media like we all aspired to be, I am not a failure.

It's not my first time to be back here. I visited a few times, but not often; only when absolutely necessary, and never for alumni events. This time, however, it's a Saturday, so there weren't that many students, although as it was (special) election season I saw some candidates in bright red trying to pep themselves. Also, for the first time, I went here by car, one that I drove myself. For all those years I either took public transport or had my dad drop me off. This time, I had the freedom to look around and see what else has changed. I don't have to go home early or otherwise risk being caught without a bus late at night.

The basics, I knew. The football field is gone. The roof is off most of Central Plaza. There is now a Power Mac Center on that spot of the Yuchengco lobby where we hung out, ideally to finish projects for "minor" classes. Oh, and the second floor of Miguel is certainly different. Everything is digital. The dark room has long been decommissioned. The desktop lab has moved to a different part of the floor. The dean's office has moved elsewhere, meaning there's now a long wall where counter windows used to be. The old office of the communications department - they, along other faculty departments, have moved to what I used to call the library - is now a classroom for psychology students.

Mang Ed is still where he is, but Mang Norman isn't. Two years ago it was determined the communications labs were overstaffed - these were Mang Ed's words to me - so he was reassigned to personnel services, I think. In a couple of weeks, after 42 years of service, I think, he finally retires. Mang Norms, the institution of the editing bay, retiring? Unthinkable. Mang Ric, the institution of the radio and TV studios, is also no longer here, and sadly no longer with us, as he died of cancer almost two years ago.

But I already know most of this. You can be gone for ten years but it no longer has to mean you have to be woefully out of the loop. I mean, our phones are cameras now. Also, you don't really hope to come back to the scene of the crime after a decade and see everything still as it was when you last left. One, it provides an opening for stories that make you look cooler than you really were. "This was the dark room back then," you might say, but your audience, raised on mobile phones and weaned on Instagram, will not be receptive. Two, it allows you to be somewhat better than them. You get to have a claim. I bought all my school supplies either at the in-campus bookstore or on my way home, at a mall somewhere along the route. You babies, you have to have a supermarket a short walk away from Agno gate? You have to have a cat café where Dimsum and Dumplings used to be? Pathetic.

Ultimately those thrills are short-lived, though. It all depends on who you're talking to, and at this point in your life there aren't many left. Also, you can't really go far with boasts of how much better the meatballs in sweet and sour sauce were at Z2 than whatever business students were selling for the term at what is now called Bloemen. That makes you an asshole. Three, it allows you to relive a time when, no matter how hard it all really is, everything is possible - and to prove it, over there is the finish line, whether it be course card distribution day (grade consultation day? babies!) or actual graduation. Everything may be different - and this, again, is no longer a shock to you - but the feeling that you're ultimately in control, that all that lies ahead is up to you and you alone, it's still there. It oozes through the walls and threatens to break through the glass windows by the doors. Maybe it's broken the old overhead projectors too. Do they remember a time when you needed to print your reports on acetate?

You'll need to experience that feeling all over again, for when you surrender your gate pass and you walk out back to your car (maybe), all your worries will return and they will be insurmountable again.