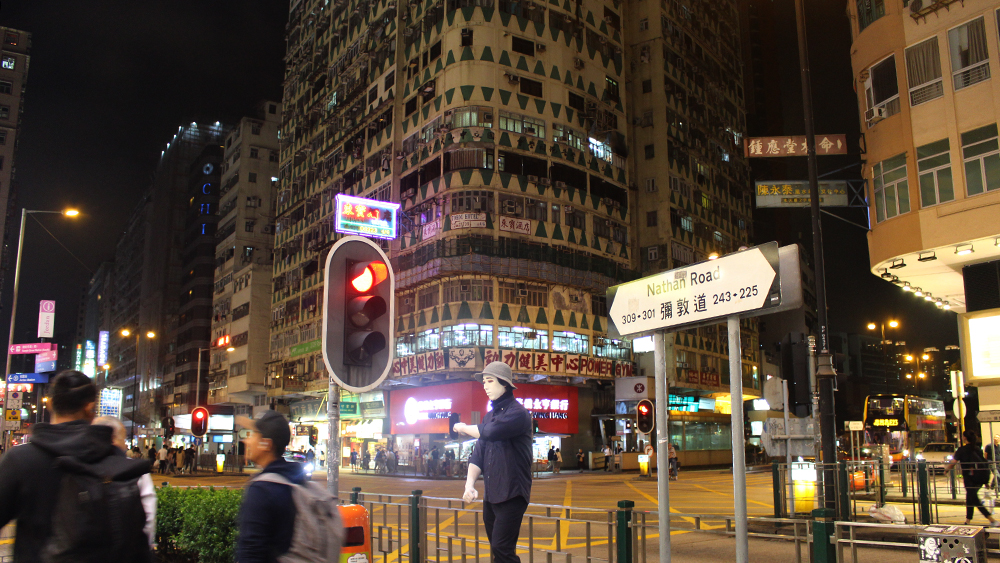 Hong Kong would know. This was a hot spot when the SARS outbreak happened in 2003. This was a hot spot when the A(H1N1) outbreak happened in 2009. Also, Shalla would know, because she was caught up in that one herself, quarantined and prevented from doing her thing in Hong Kong because of a flu shot (and the induced fever that resulted from it) she took the day before.

That said, when we visited Hong Kong over a year ago - and in my many visits to the city before and after that - I don't remember seeing a lot of people wearing masks. Perhaps because there wasn't a panic. But, yes, people wore masks when they felt unwell, because despite whatever they're feeling, they have to go about their lives. Gone are the days when you got to skip school because of a fever. No. We're grown-ups now. Nobody cares.

Nobody, that is, until there's a panic going on.

We don't really have a mask culture in Manila. I guess we saw it as an unnecessary expense. We stocked up on medicines if we could, but for the most part, we just had to stifle our coughs and hope for the best. And if one does wear a mask - surgical, in this case - then people would probably see you as very sick, in which case, why the fuck are you in this bus, and not in a hospital? Spare me!

Today, however, it's different. The combination of the Taal volcano eruption - which needed a different kind of mask - and the novel coronavirus outbreak means everybody is wearing masks. I was out and about yesterday, going first to La Salle (a different blog entry together) and then to Alabang, and I'm pretty sure around half of the people I encountered were wearing masks. Nobody is taking chances, especially since everybody's getting their news from the most reliable source in the whole world, Facebook.

I wasn't wearing one. I mean, I'm not sick, for one. Also, I do have one in my bag, but it's an N95, and if I wear that to my meetings I'd probably trigger some more paranoia among my peers. (By the way, I was driving.) But then I thought about what other people might think. In these times, yes, it's not a healthy exercise, but what do I do if I'm idly picking out stuff at the hygiene section?

If you're wearing a mask, then you must be really sick, in which case, stay the fuck home, or go to the fucking hospital!

But again, we don't get to stay home when we're sick anymore. The Filipino spirit is everything-proof and all that.

If you're not wearing a mask, then you must be evil! You're coughing? Fuck you! You have small eyes? You're Chinese, and you must fucking go back to your fucking home!

I did say it's not a healthy exercise. This misinformed paranoia is unmasking our racism (and, if you're the woke kind, your hypocrisy as well). But hey, at least we might be one step closer to having a mask culture of our own, which means some idiot will hoard surgical masks and sell them for a thousand bucks a piece. And then someone will get angry at how Filipino companies managed to sell surgical masks to the Chinese government, when they should be patriotic and serve their kind first. But, ah, don't ask someone from Hong Kong about it.
And your responses...