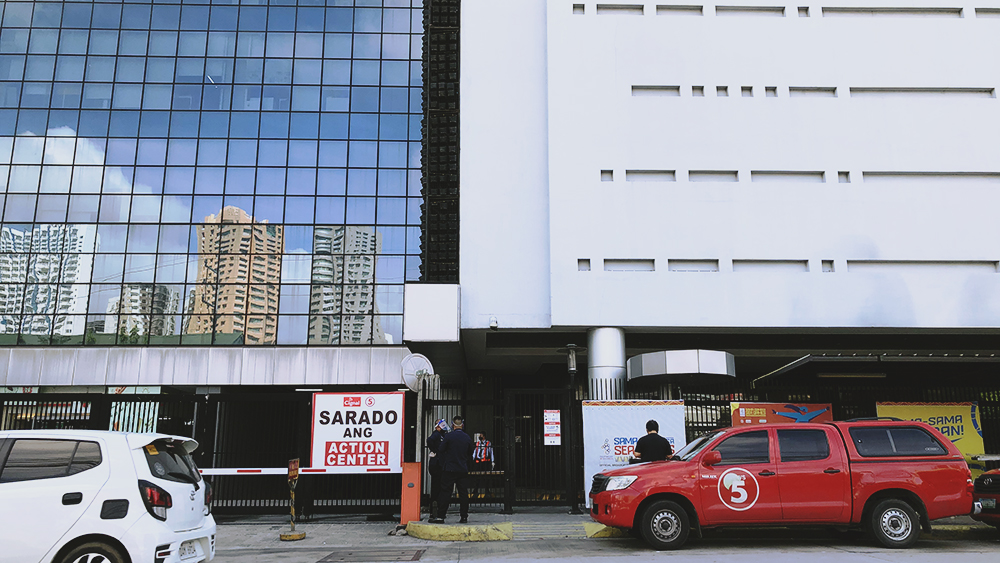 I can't believe I have an answer to this question, but the last time I watched live music was in December 2019.

There was this gig at 123 Block, which is just a fifteen-minute walk away from the flat. Camille had passes but couldn't go, and knowing that I'm nearby, asked if I was interested. Sure, why not? The music blog was closed for over half a year by then and I thought I'd be fun to watch some bands without having to think about how to write about them. (Also, yes, Shalla would've gone with me, but she had a slightly upset stomach.)

It was a Saturday night, and yet there were already people waiting outside the TV5 studios, which was along my route. There were, I think, ten people at the sidewalk across the building, mats laid down, clearly spending the night. One had a placard that I couldn't see well, considering it was almost nine in the evening and there aren't a lot of lights, but it was a plea for Raffy Tulfo to notice them, to handle their case, to fix their problem.

His next show wasn't until Monday morning.

That's when the crowd swells. The flat overlooks the TV5 studios, and every morning I'd always see a long queue of people waiting outside. The crowd would start growing on Sunday night. Before sunrise the next day, the sidewalk is virtually unpassable, filled with people waiting for, I guess, a number, which would lead to a form, which would lead to some time in an airconditioned waiting room. If you're lucky, you'll be on the radio or on television, airing your grievances against a neighbor or a government official.

Not everybody is willing to wait that long. Some days, around lunch time, just outside the flat, I would see someone ask for directions from a street vendor, or a tricycle driver. "Saan 'yung TV5?" I once got asked that question myself, as I walked to my office in Ortigas. I told the old man to walk straight until he sees a big, red sphere a couple of corners down. I highly doubt they ever made it past the queue, though, considering the television show is at noon, and the radio show is a couple of hours later. Maybe they'd return a couple of nights later, sleeping mats in tow.

They say you should look at something from afar at regular intervals to relieve your eyes. Preferably twenty meters. Me, I look at the crowd half a kilometer and twenty-four stories down. It's there most days.

It wasn't there a year ago today.

I decided to stay at the flat for a couple of weeks to ride out the community quarantine. Shalla needed the company, I figured. My dad drove me - and her, from her office - to the flat, but not before a quick breakfast at the McDonald's nearby. I don't think I saw any of the crowds outside TV5. Perhaps they acted quickly once the declaration of what they didn't want to call a lockdown was made. They can't do this social distancing thing effectively under the circumstances, so they'll close it for the meantime. No queues allowed. No appointments can be made.

It's been that way for a year. No crowds. I have walked past TV5 many times since - bank trips for the most part - and I only see technical crews waiting to cover whatever story they can cover. I thought at some point the sign that says "sarado ang Action Center" would come down, but it hasn't. I think they do online appointments now. At least nobody has to sleep outside. They can wait with a little more dignity while waiting for their turn to have their problems monetized on YouTube.

It doesn't say how many people are metaphorically waiting in line, though. Raffy Tulfo now has a morning television show, pretty much doing the same thing he's done throughout his career. I imagine there's a lot more to tackle now that things feel particularly more hopeless, what with a disease still running wild, and our leaders doing everything and nothing at the same time, and us being compelled to fend for ourselves alone. I imagine there will be a lot more to come in the coming months and years, for as long as "the end" feels unattainable, for as long as we are collectively left behind when everyone else gets ahead.

I've learned to adjust my eye breaks. I used to look at the crowd. Now, every morning, I look at the red news vans, from the flat that I have stayed in for a year straight now. I guess I moved out by proxy. I didn't intend to, but here we are. We have to fend for ourselves. We still have to. We will always have to, unless you're willing to part with your dignity, either by selling a part of yourself, or admitting everything is your fault even if it is far from the truth.