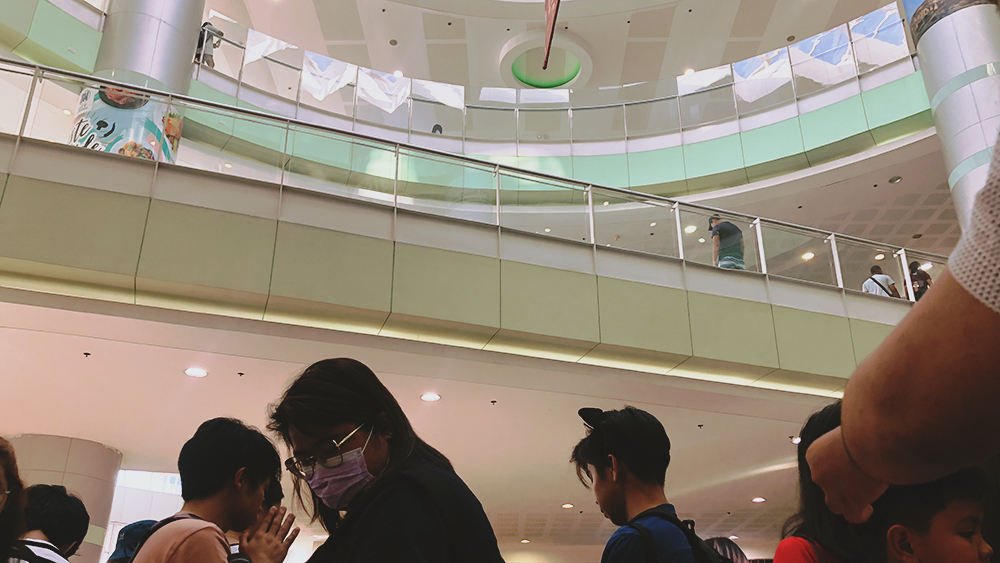 It was this time last year when Shalla was wrapping up her stint at Komiket Cavite.

It was her third time selling stickers - and mine too, since I was playing relief - but there seemed to be a bigger sense of community on this one. As the selling area started winding down, most of the artists left their tables and began going around, exchanging OC cards ("original character", in creative scene parlance) and stickers and whatever else they have to give. I think most of her sticker haul on that day came from those couple of hours.

As I sat behind the table, keeping watch as Shalla did her rounds, I felt overwhelmed, and yet, also giddy. I didn't spend a lot of time at the selling area - we couldn't share the table, for one, which meant I spent more time at the nearby Starbucks, playing Stardew Valley (this was before Animal Crossing was released) and waiting for the call to fill in. That meant I only met a few of the artists. There was Moch, Shalla's table neighbor. There was Sophia, who did Mamamoo stickers, which was bound to capture my attention. There was the Pol Medina Jr. But then, I spent those two days just waiting, for the most part.

Not in those last two hours. Suddenly I saw pretty much every artist who was at the convention. (Almost every one. The bigger names - the couple behind Little Things were a table away from us, for instance - stayed put, understandably.) I saw zodiac illustrations and original characters and fan art. I also had to tell some of them that, nope, I'm not the artist; it wasn't a good day to wear a pink shirt.

It was overwhelming. It was also a rush. For a moment I felt like I was part of something, even if I know very well that I am not. I'm just a guy helping his girlfriend out. But for this guy who continuously, stupidly, hankers for a sense of belonging, this was something good. I'll take it.

Of course, this time last year was also the time when we started getting anxious over this coronavirus thingie. We already had a handful of cases - and the dubious honor of the first death from the disease outside of China - and yet things haven't fully clicked yet. I saw a few face masks and bottles of hand sanitizer on some tables. From my table at Starbucks I saw long lines going into the mall, really long lines, because everybody was having their temperatures taken. I remember feeling lucky because we had to be at the mall before it could open; we were saved the hassle of waiting that long.

That all seems trivial now, of course. This Saturday, it's going to be a whole year since we were put under what they tried to not call a "lockdown", although we now know that it was much worse than that. A lot has happened since then. Also, a lot has not happened.

I really don't have a grand point to make, to be honest. It's just funny how a year isn't really a long time by many standards, at least considering how 32 years seems a long time and yet not enough. Yet, the idea of me sitting behind a table, looking at a huge crowd, shaking hands with strangers, exchanging stickers, making small talk - the idea of this time last year - is all just a distant, hazy memory now.