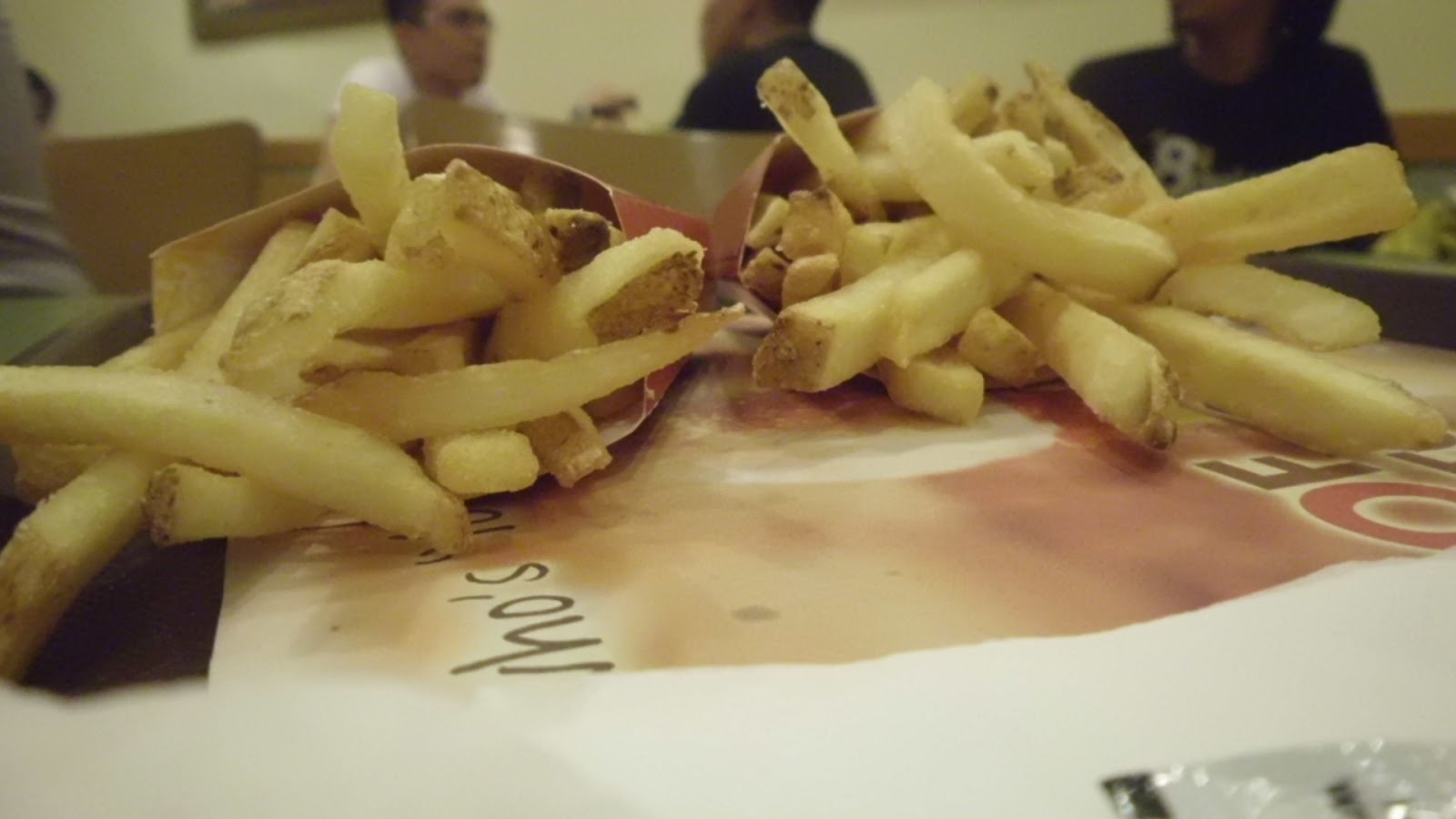 So this, I thought, is how it feels to be a guy stuck in Forever 21.

Yes, I know there's a men's section in Forever 21, but it's tucked in a corner, and that place's also populated with females. The few men I've seen in the store also look lost. There's this guy with earphones on just following who I assume is his girlfriend around. There's this middle-aged man, wearing a tank top that far from flattering - he has a huge tummy, he's literally round, and he's not the sort of guy who'd want to buy one of the items in the rack that says "TANKS P295" or something more expensive. And there's the guy beside me, busy fiddling with his tablet, seated beside another girl, who's playing some sort of reverse Crash Bandicoot game on her tablet.

There is no wi-fi where I am. I feel stuck in some sort of communication black hole: I'm in that part of the world in that time of the day when I'm not getting my text messages. I know Rainy's left her office and she's headed to where I am. I know where Forever 21 is, so I agreed to meet here, but I begin to regret it, especially considering that I've been waiting for three and a half hours - my meeting in Makati ended earlier than expected and I wasn't in the mood to do some Christmas shopping afterwards, and yes, I should've, rather than just drink coffee and look at barely-finished mall renovations - and my feet are tired and I feel a little sensitive. I am surrounded by girls trying hard to be posh. Or girls who are already posh.

"At F21 in a Uniqlo top, looking lost," I texted her, knowing it's far from specific. It was a while before I got a reply from her. Black hole. And my battery is dying.

Instantly, every girl in the shop had a dark top on. Forever 21's sales ladies - no, style associates - also had a black top with the shop's name in yellow stitched on the chest area. This is going to be hard.

This morning Rainy and I were discussing her outfit. We got there because she was late for work again. Her mom took long, she says, to dig up an outfit, and they ended up arguing if it was an animal print, because the activist in her (she doesn't look like it) hates animal prints. I insist she should leave the house at six in the morning instead of an hour later.

Fifteen minutes past seven. I get tired of sitting - that happens - so I get up and explore the store. There is apparently a section for plus-sized women, although the only people I saw there are people who won't be caught dead wearing plus-sized outfits. There's an accessories section. There's a lingerie section. I do not know what I'm doing here.

"Where are you? Outside F21 already."

I got out of the entrance and saw this girl with a bag - I don't know what Ralph Lauren bags look like - and a dark top. I don't think Rainy was wearing an animal print. But I don't even remember what she's wearing. The next two hours were a blur. Well, except for the French fries up there. And a book exchange. And me being, well, me. Regrettably.
And your responses...

The activist in me hates animal prints because in a way, it promotes poaching! :P