We were seated in a coffee shop that afternoon. I'm pretty sure that isn't where she really said it, but in my defense, she was telling me of this fact again, perhaps in an attempt to point out the different between her rebellious nature and me being, in her words, a stick in the ass. I don't like doing things just to see how people react. She does. I'm not really sure why she does it. To gauge the current, maybe? That sounds sensible enough. Also, I'm pretty sure I got that metaphor wrong.

I don't know how many times she tested me, in the many times we've gone out. To be honest, I never really saw them as tests I have to pass to impress her. Never really crossed my mind. What you do are just, you know, things you do to engage with the person you're hanging out.

"The ultimate test," she continued, "was when I asked you to listen to K-pop."

She likes these Korean acts, like most of you, really. I don't. Well, I have nothing against them. It's just that, well, my musical tastes have always leaned towards the British and the sensitive and the slightly twee. It's not necessarily because I can't love a song in a language I don't understand. I mean, Cœur de Pirate is Canadian but she sings exclusively in French, at least exclusively under that name. It's just that they don't really fit my sound. It will stick out.

It was our seventh meet-up, and for some reason we arranged to buy each other Christmas gifts, because she likes giving gifts. Maybe it was another test of hers. If so, I failed, because I gave her a notebook, a bunch of refrigerator magnets I got from a convention I attended, and an origami set - that last part, because I thought it was cute. But she hates origami. More of, she can't get her head around the instructions.

She gave me a stuffed toy, something I won't really have much of a use for, since I'm not the type of guy who sleeps surrounded by toys, a habit reinforced my childhood asthma. Or maybe I should call it a plushie.

We were seated on the grass at the Ayala Triangle Gardens, planning to watch the light show - it was three weeks before Christmas - and waiting for, well, the sun to set so we could eat dinner. I was facing the stores and she was facing the trees, her head against my shoulder - again, she said it's something she does to everyone, but maybe it was another test, I don't know. She pulled out her phone, asked for my earphones, and then asked me to listen to a song.

I don't remember what I said after. I might've asked her about what kind of song it is. I probably complained a bit about K-pop not being my thing. But, somehow, I said, "sure, why not?"

The song was Lee Hi's "1.2.3.4". It's this 16-year-old (or 17-year-old) with a voice so velvety it betrays her age. Also, I like a good horn section. So, I told her, I liked it, and she got a little giddy and she had me listen to more songs. Not necessarily the Korean stuff - her musical tastes always leaned towards the Asian and the sensitive and the slightly twee - and I liked some of them, and I disliked some of them, and we watched the light show from our spot and realized it amounted to nothing.

"That's when I realized," she told me, "that you're open-minded... or something. That I should allow myself to like you."

That was two months later, on our twenty-second meet-up, and our fifteenth as a couple. 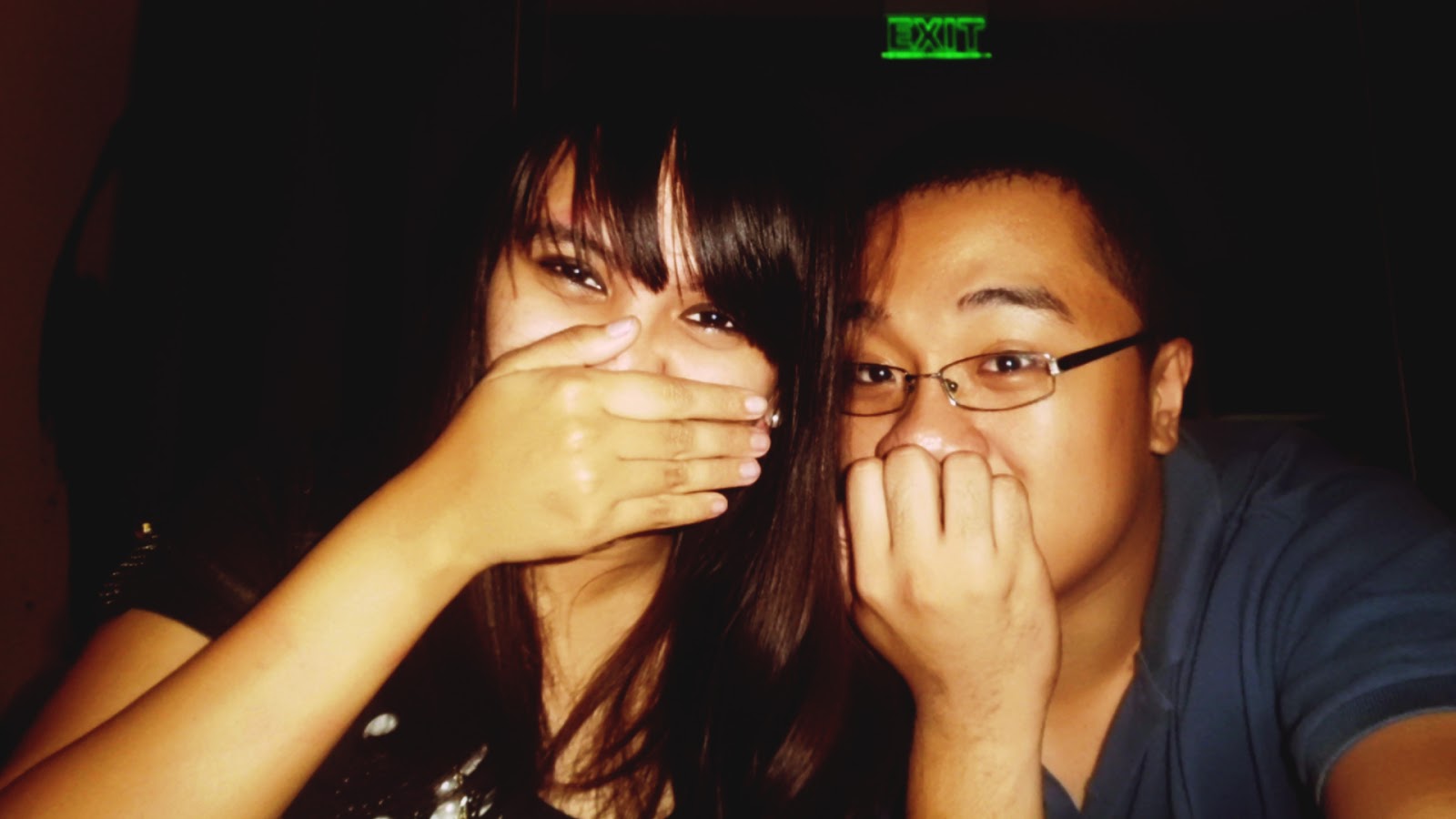 congrats on the both of you! :)